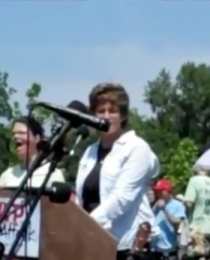 The activists may attempt to justify their voting record by explaining that the proposals fell short of allowing local governments to effectively ban oil and gas development, which is what they really want – and what Gov. John Hickenlooper (D) last year called an “extreme” step that would “drive oil and gas out of Colorado.” But this all-or-nothing approach doesn’t justify the actions of the activists on the task force. When given a chance to make progress on the issues they claim to care about, they voted no, because their political agenda matters more to them than a good-faith effort to improve the way energy is developed in Colorado.

“The majority of members of the Task Force saw resolving the conflict between local government and oil and gas development as the central issue. Unfortunately, the oil and gas industry blocked the most meaningful recommendations on local government’s role in protecting its citizens.

Unless the industry and the state do a better job of collaborating with residents and local governments, we are going to continue to see more and more conflict over oil and gas development.”

In an interview with the Colorado Statesman, he said the task force took “some small steps around the margins” but left key issues unaddressed:

“We came pretty far from getting to the central issue, which is local government authority and their ability to protect their citizens when it comes to health, safety, welfare and the environment. On that count, we failed.”

“I think we’ve got to do a lot more to solve this issue.”

Task force co-chair Gwen Lachelt – now a La Plata County Commissioner after spending more than a decade working for the anti-energy group Earthworks – made sure four different media outlets registered the disappointment she felt about the final recommendations. To the Colorado Statesman, she said:

“I have to say right now I’m disappointed that we didn’t pass a couple of really key recommendations on increasing local government authority and dealing with multi-well facilities.”

To the Colorado Public Radio, she said:

“It’s just a really big disappointment. I feel like we let the people of Colorado down.”

“I am disappointed. We really needed to do something for the people who are affected by these issues, and we really didn’t do that.”

To the Denver Business Journal, she said:

“Overall, this is a big disappointment – we didn’t address the two big issues the governor wanted us to [where large, multi-well facilities should go, and the authority local governments have over oil and gas operations].”

“We failed. We didn’t have enhance [sic] local authority; we didn’t even clarify the authority they have.”

To KUNC, he said:

“Is it a failure? Probably.”

“On one issue [large multiwall facilities] I guess we kicked the can down the road and said we’re gonna do some rule making…on the other, on local government authority, we didn’t deal with it at all.”

Sara Barwinski, of the activist group Weld Air and Water, told the Coloradoan the task force should have “gone further”:

“Small steps are being taken in the right direction. Should we have gone further? I wish we had.”

When asked in a public radio interview to respond to those who said the task force didn’t go far enough, Gov. Hickenlooper laughed and said:

“That’s absurd. You know they had pre-decided what they wanted the outcome to be.”

Given the way these task force members described their commitment to addressing local government authority, one would think that measures strengthening this authority would have received their support – regardless of who authored the recommendations. Their voting record indicates otherwise.

Below are the recommendations proposed by oil and gas members of the task force that would have given local governments a greater say – but were rejected by Goldin-Dubois, Lachelt, Sura, and Barwinski.

Recommendation #13 (pages 30-31) would have facilitated the collaboration of local governments, the COGCC, and operators concerning oil and gas locations:

Recommendation #18 (pages 31-33) would have encouraged the use of Memoranda of Understanding (MOU):

“Memoranda of Understanding (MOU) should be encouraged as a voluntary alternative to drilling bans, moratoria and land use approval disputes. MOUs offer a flexible planning tool for operators and local governments in relation to a specific drilling project.”

Recommendation #25 (page 11), about the Local Government Designee (LGD) and Local Government Liaison (LGL) programs, received support from Goldin-Dubois, Sura, and Barwinski – but not from Lachelt:

“The COGCC should work to ensure that the Local Government Designee (LGD) and Local Government Liaison (LGL) functions are fully utilized and that they are adequately and properly resourced.”

These activists on the task force have repeatedly told the media about their dedication to strengthening local government authority, and many local governments that have been using MOUs, LGDs, and LGLs have testified to the success they have experienced with these tools.

So why would task force members, who insist that they care strongly about local government authority, vote down these proposals?

Perhaps it’s because groups that simply oppose oil and gas development in Colorado have been cloaking their efforts in the rhetoric of “local control” for years. But for this strategy to work, the activists need to generate as much conflict as possible to distract from the reality of local government involvement in oil and gas development decisions. That reality was communicated by, among others, the Colorado Municipal League’s general counsel Geoff Wilson months before the task force even convened:

“The idea that there is this seething cauldron of conflict between the industry and local governments, I just don’t buy it. Yes, you can find examples where things aren’t working out, and to me that’s just the noise of local government in operation … I think we’re doing better than we ever have.”

And when given the chance to make things even better, the activists on the task force chose serving their political agenda over making actual progress.