Yesterday, EID noted that a group of activists decided to try and capitalize on Pope Francis’ visit by fasting for 18 days to protest pipelines – or as one of their signs puts it, for a “world free of fracking.”

According to Beyond Extreme Energy’s (BEE) press release, today is the day the group decided to “end a dramatic eighteen-day fast undertaken to demand that FERC stop issuing permits for the pipelines, storage facilities and LNG export terminals that use fracked natural gas.”

BEE tweeted that more than 100 people would be “breaking bread” to end their fast today in front of the Federal Environmental Regulatory Commission’s (FERC) office in Washington, D.C. So EID decided to check it out, and like most fracking protests these days, (including yesterday’s rally on the mall) the event fell short on not only facts, but people, too. 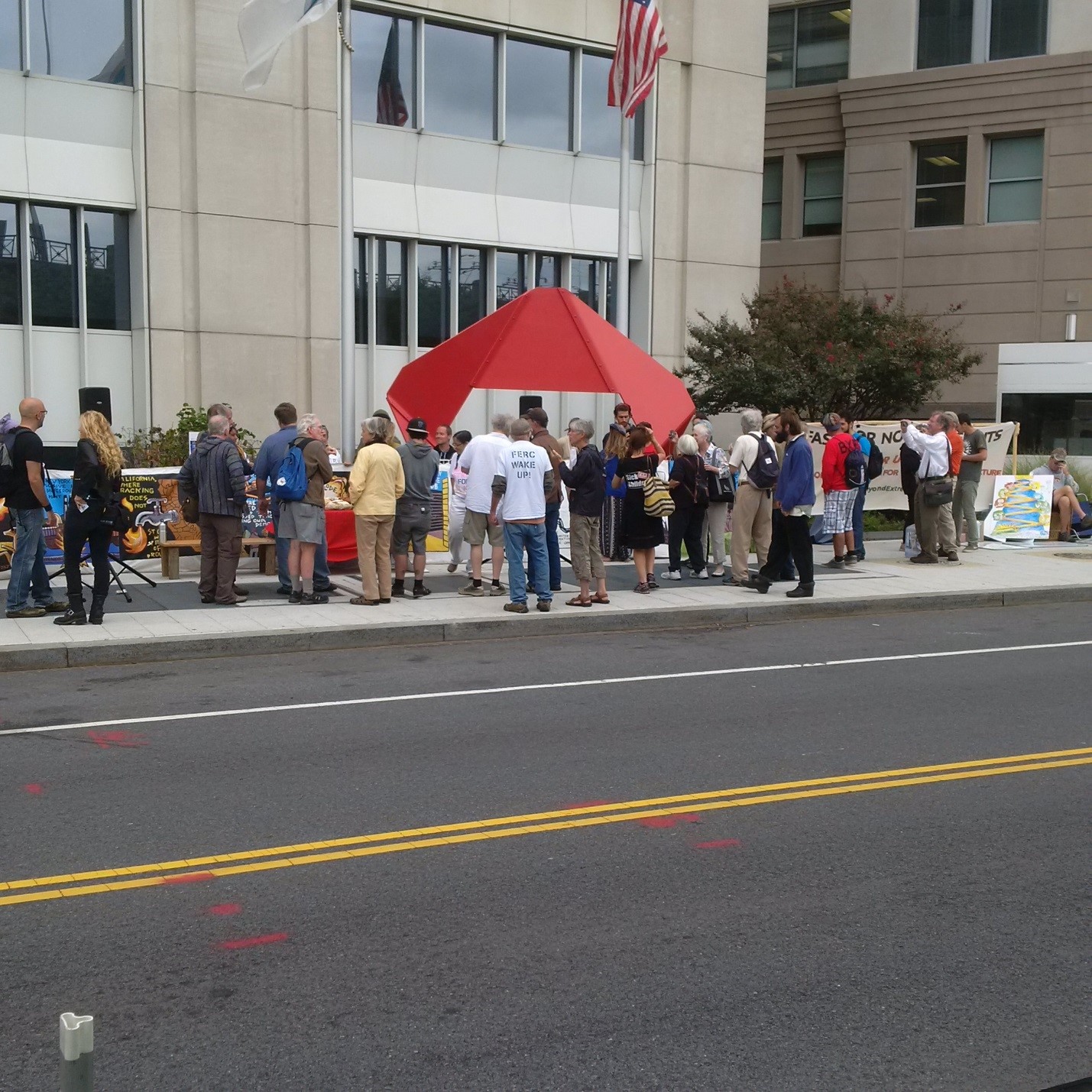 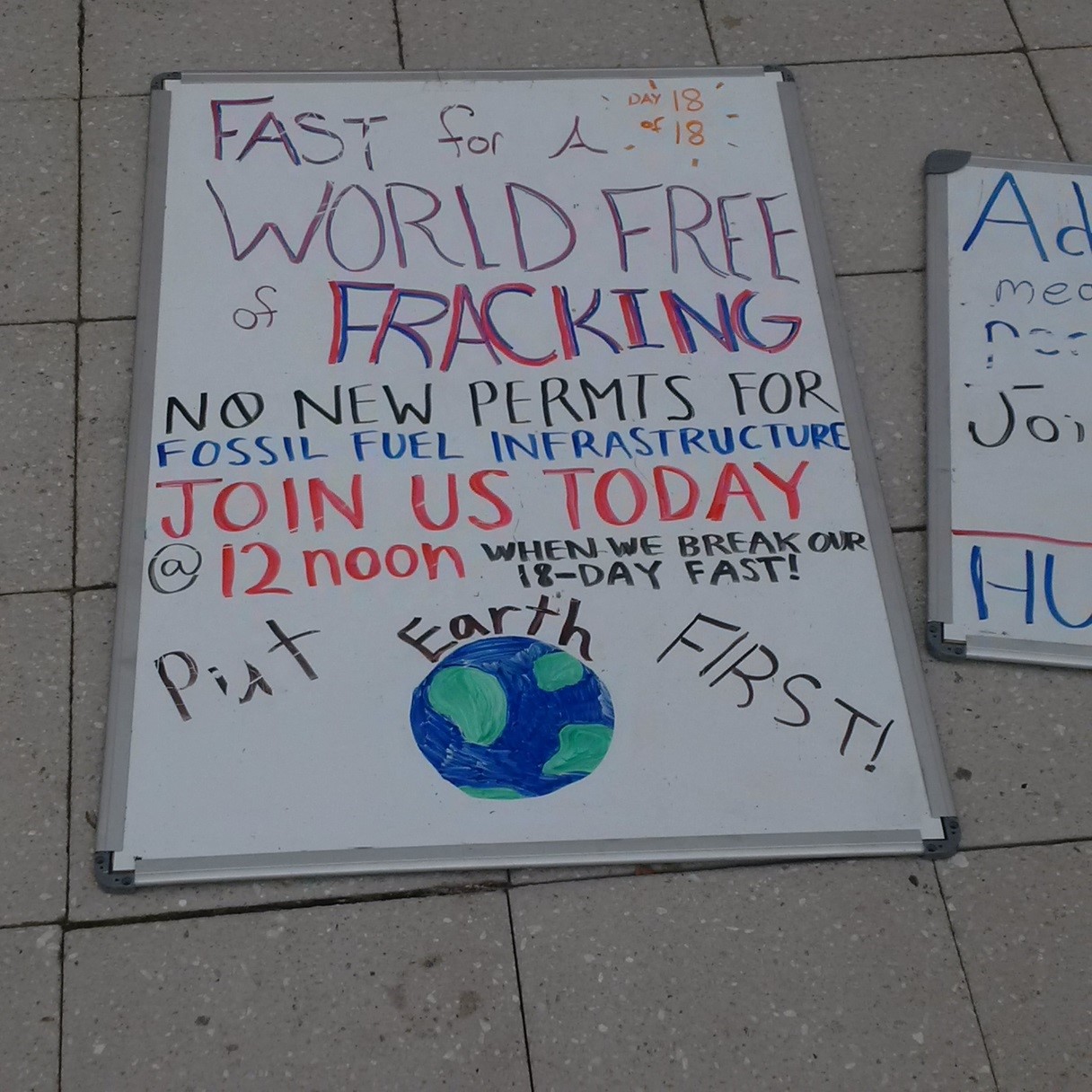 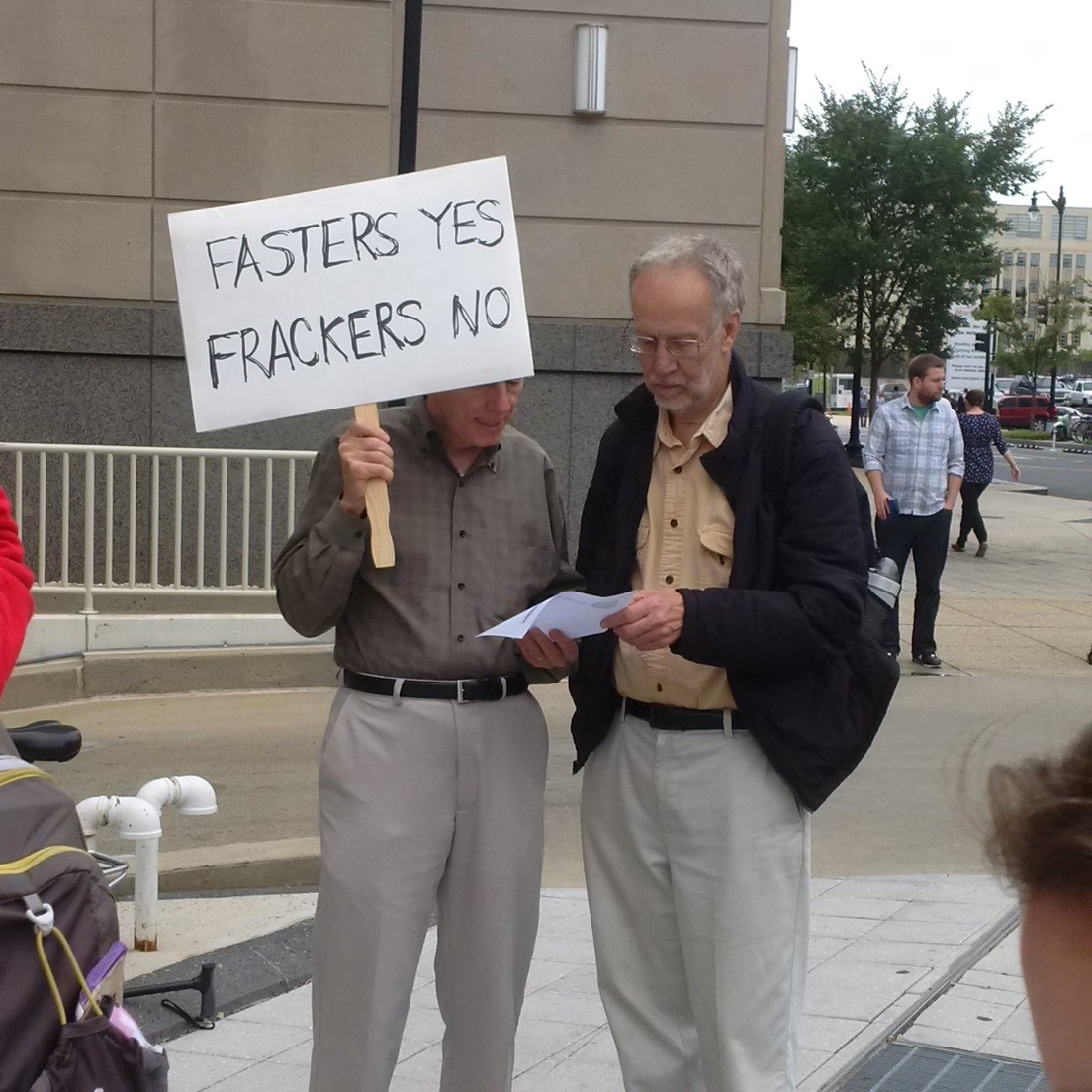 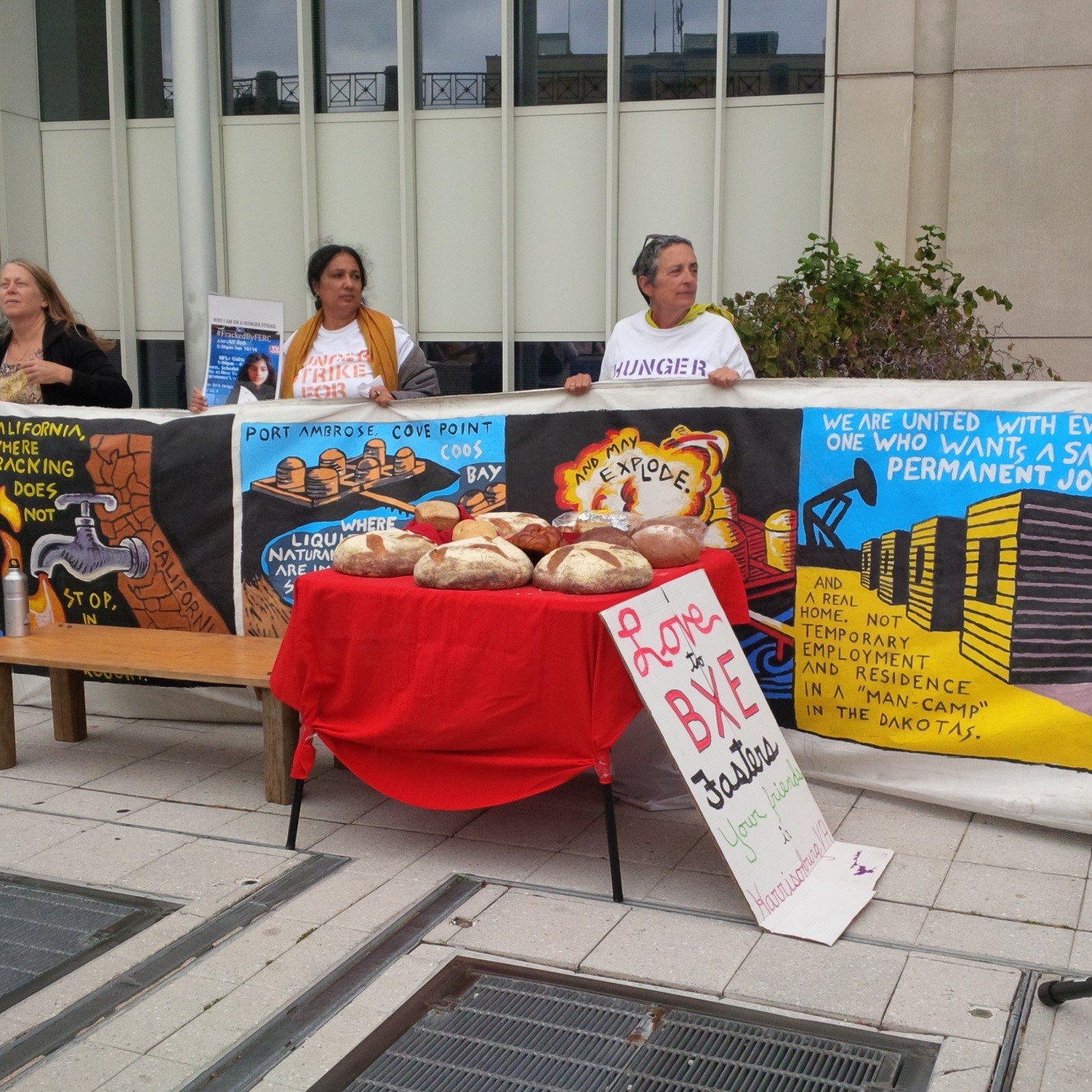 “On Friday copies of the Pope’s encyclical will be presented to the five FERC commissioners; and there will be music, brief statements, and a procession, featuring BXE’s colorful and moving 50-foot anti-fracking banner, “The United Sates of Fracking”, around the FERC headquarters block, to honor the Planet and the People. BXE will also display the new quilt made in collaboration between fasters and residents of far-flung communities fighting fracking infrastructure in their communities.”

There are more than a few hypocritical gestures in this schedule though, that may or may not be the result of 18 days with no nutrition. The irony of an environmental group printing five copies of a 192-page document (that’s almost 1,000 pages!) when it’s available electronically is noteworthy to say the least.

The group wants to stop pipelines that deliver natural gas across the country, but without those pipelines, they wouldn’t have had the paper, ink or computer needed to make their copies. It takes pipelines to deliver the gas needed to make the plastic used to hold all of those sheets of paper together, and the signs littered around the area.

By the way, that 50 foot banner and probably even the materials used in their quilt were made from fossil fuels!

There’s a good reason why many of the pipelines applications to FERC have been approved. Most of the items we use not only for convenience, but for our survival daily, come from petroleum products made from natural gas. And the demand across the country continues to increase.

Fortunately, shale plays like the Marcellus have so much gas that Pennsylvania will actually become a net exporter this year, meaning the state will produce enough gas to sustain its residents and have enough to share across the country. That’s where the need for more pipelines comes in.

One of the protesters mentioned in the press release is from Connecticut, where historically winter energy prices have been high due to cold weather and increased demand. This past year, thanks to lower natural gas costs and an increase in pipelines to northeast markets, the state didn’t experience the extreme volatility that had become the norm despite colder than average temperatures, according to the Connecticut Mirror.

Each pipeline proposed to FERC is in response to a growing need for natural gas in the market the line will eventually facilitate. For instance, just yesterday, while this group was refusing to eat in front of the Pope, Penn East pipeline submitted its formal proposal to FERC for a new line that will run from Luzerne County, Pa. until it connects to the Transc in Mercer County, N.J. From the Penn East press release:

“Had the PennEast Pipeline been in service during the 2013-2014 winter, natural gas and electric consumers in eastern Pennsylvania and New Jersey would have saved more than $893 million in energy costs, according to an analysis by Concentric Energy Advisors.” (emphasis added)

And the 118-mile pipeline will,

“have an estimated $1.6 billion positive economic impact during design and construction alone, supporting approximately 12,160 jobs and an associated $740 million in wages according to a separate study by Econsult Solutions.” (emphasis added)

Demand and economic impact alone do not dictate whether or not a FERC application will be granted, though. Extensive environmental assessments, leasing agreements and studies have to be conducted prior to even submitting the proposal that Penn East sent in yesterday. In fact, on the conference call for the announcement yesterday, Penn East explained the company has studied hundreds of options for the pipeline to run and will continue to work with FERC and landowners to find the route with the least impacts.

And even with a September 2015 application submission, the company will not be able to begin construction until at least 2017 due to the scope of the approval and study process.

But these protesters still want to stop this needed infrastructure from the billions of people who rely on natural gas across the country from realizing lower energy bills, cleaner air, and reliable power. Perhaps instead of giving up food, the group should have tried their hand at the Western Energy Alliance’s Fossil Fuel Free Challenge, and go completely fossil fuel free from September 28 until October 2 to see the full extent of what is made from the natural gas coming through those pipelines. Although, it will be difficult to determine if they succeeded considering they won’t be able to use phones, computers, cameras, or even pens and paper to document their adventures.