Activists Protest Fracking and I-70 Upgrade at Denver City Inauguration 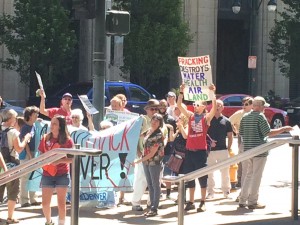 “Ban fracking” activists protested Denver city officials today in the latest attempt to reboot their losing campaign against oil and natural gas development in Colorado. But in doing so, activists at the anti-fracking rally also revealed their opposition to a planned Interstate-70 upgrade that city officials have called a “once-in-a-generation opportunity.”

The oftentimes loud protest featured slogan chanting, drums, bullhorns and sign-waving outside Denver Mayor Michael Hancock’s 2015 Inaugural Address. Protestors turned out in a desperate ploy to draw attention to their various causes and glean themselves on to media coverage of the event.

The protest is the latest attempt by Washington D.C.-based Food & Water Watch (F&WW) and a coalition of anti-energy activists to relaunch their anti-energy campaign targeting Denver’s city leaders that has failed to gain momentum. But the effort, “Don’t Frack Denver,” was almost immediately dismissed by the Denver Post editorial board who concluded: “Denver should ignore fractivists.” 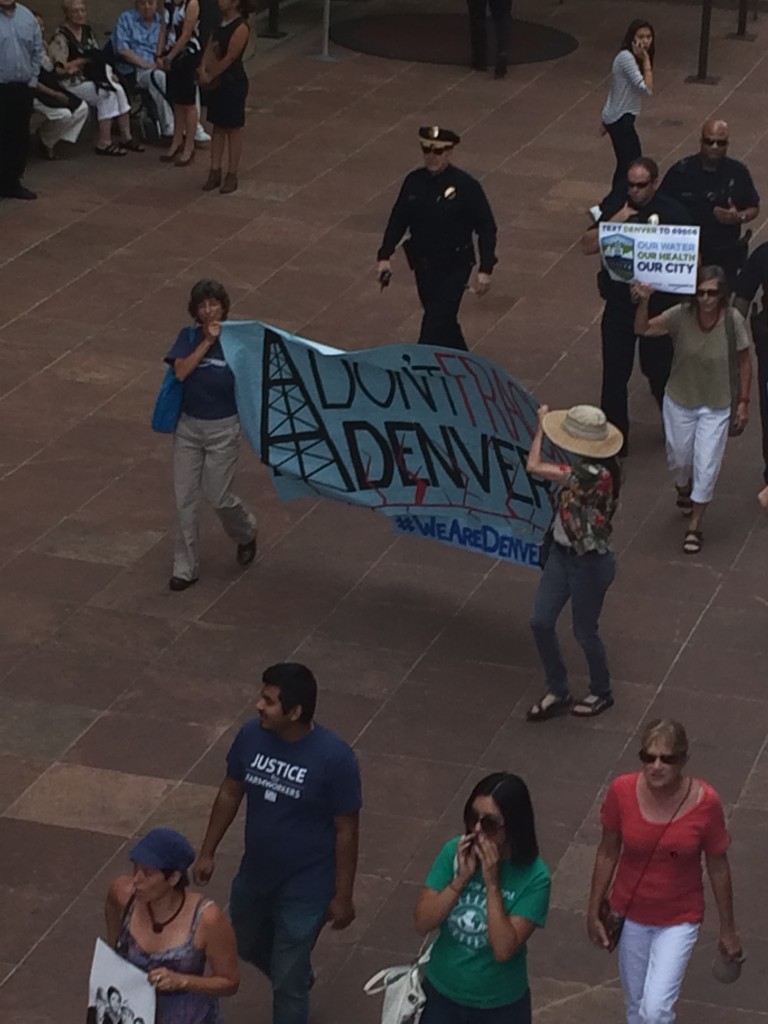 Further damage to their campaign’s credibility stems from the fact that state records confirm no drilling is planned for the City and County of Denver. The activists are complaining about plans to drill outside the city limits, near Denver International Airport, in neighboring Adams County and the City of Aurora.

But perhaps even more embarrassing to their efforts came when they attempted to persuade the Denver City Council and mayor’s offices to support their agenda by delivering petition signatures they claimed demonstrated support for their cause from the “Denver community.” Yet, a review of the petitions shows that many of the signers are not residents of Denver and in many cases not even from Colorado. 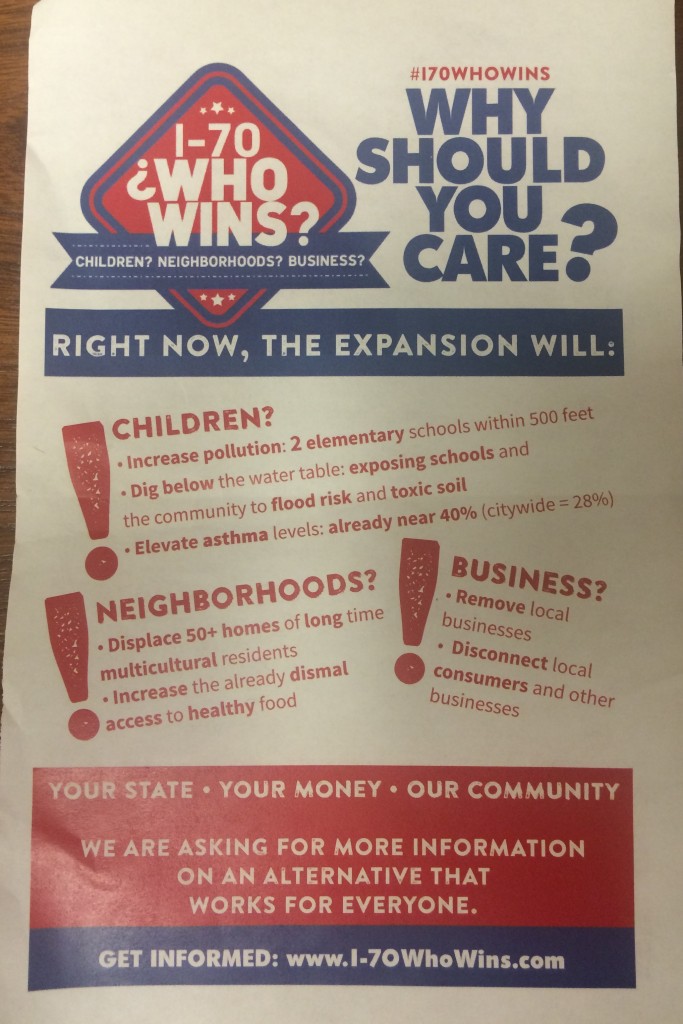 In the latest twist, anti-fracking activists were handing out literature protesting a planned upgrade to Denver’s I-70 East corridor. Among other claims, the handouts charge that the project will “increase pollution.” But a review of information available available from the Colorado Department of Transportation on the project shows that claim does not hold up:

MYTH:  “The I-70 East project will make air quality worse.”

FACT:  I-70 East, along with other infrastructure projects, are “an historic, once-in-a-generation opportunity to rebuild a connected, healthy community for all people,” reported a September 2014 Health Impacts Assessment by the Denver Department of Health. An in-depth analyses of five major air pollutants, seven air toxins and greenhouse gases conducted for the I-70 East EIS found that the proposed project wouldn’t make air quality worse – and had the same level of emissions as the “no-action” alternative. CDOT takes the health of residents in the neighborhoods seriously – it is a defining concern of the project. More information is available in the recently published SDEIS (Volume 1).

The attempt to politicize transportation upgrades as part of their anti-energy agenda is a new tact for activist groups seeking to ban oil and gas development across Colorado and nationally. Yet with the Denver-metro area already ranking among the highest in the nation for traffic congestion, it is difficult to see how opposition to an important highway upgrade is going to win them favor with Denver residents.

The fringe environmental groups protesting Denver’s inaugural are frantically escalating their tactics as the momentum behind their anti-energy campaign slips away. While their attempts to disrupt the inaugural event through sign waving and chanting may generate publicity, the fact remains that Colorado’s top Democrat and top Republican agree: National “ban fracking” groups are losing.