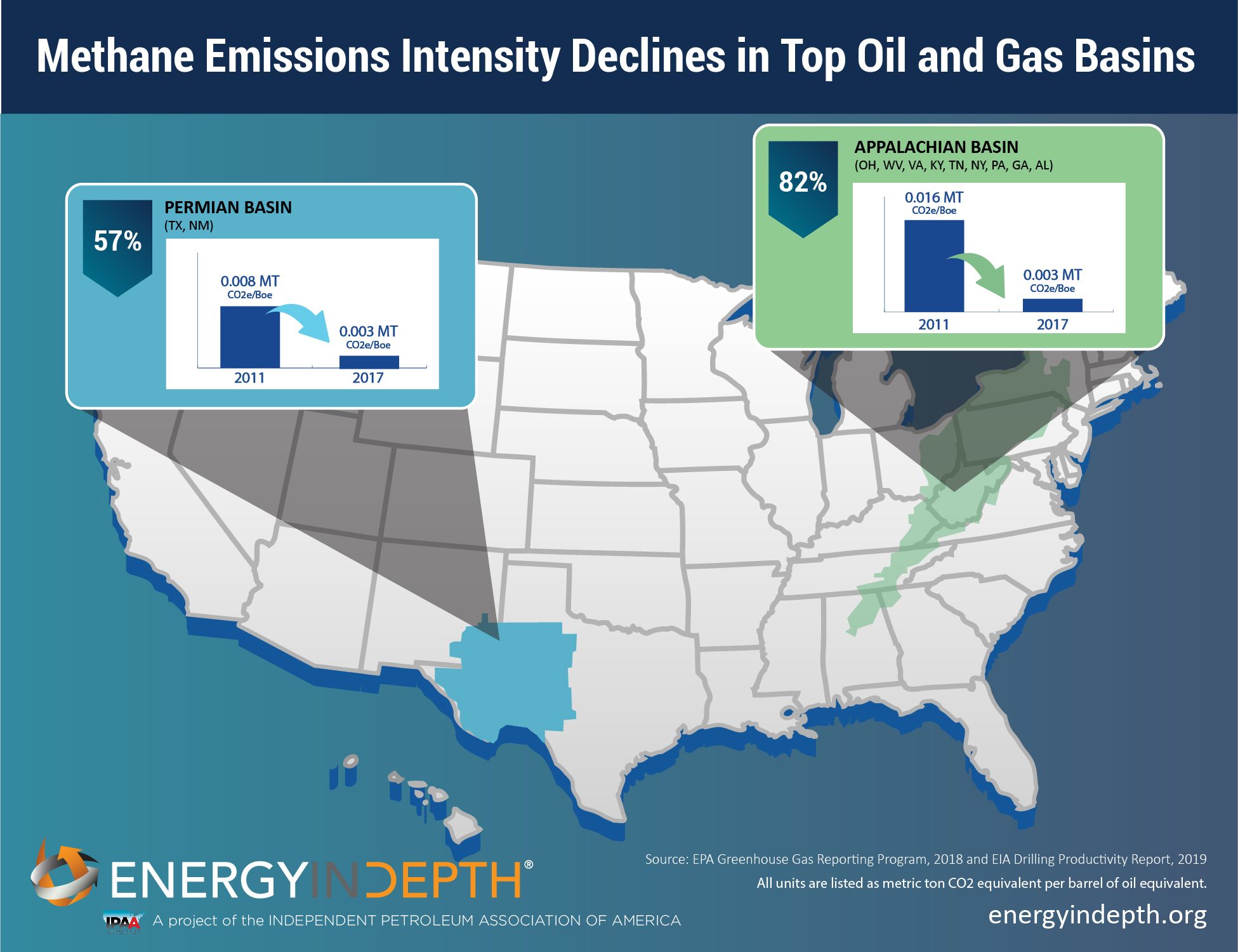 Increased natural gas consumption has generated a truly incredible story for the environment as U.S. greenhouse gas emissions have fallen to their lowest levels since 1992. But the air quality improvements go even further, as a new Energy In Depth analysis shows: The U.S. oil and gas industry is also making incredible progress in reducing methane emissions as production surges in America’s top shale basins.

As EID’s latest infographic shows, even more incredible is the rate at which methane emissions intensity – or emissions per unit of production – has declined in the top U.S. oil and natural gas basins.