After the Environmental Protection Agency (EPA) released its long-awaited groundwater study – which found that “hydraulic fracturing activities have not led to widespread, systemic impacts to drinking water resources” – anti-fracking activists pretty much went off the deep end trying to claim exactly the opposite in an effort to grab headlines.

Not only did the mainstream media essentially ignore them and print headlines grounded in reality, even their most friendly outlets, like Mother Jones and the Huffington Post, followed suit with headlines trumpeting no “widespread, systemic impacts.” Further, EPA shot down almost all their claims.

Let’s have a look at how far outside the realm of reality anti-fracking activists are: 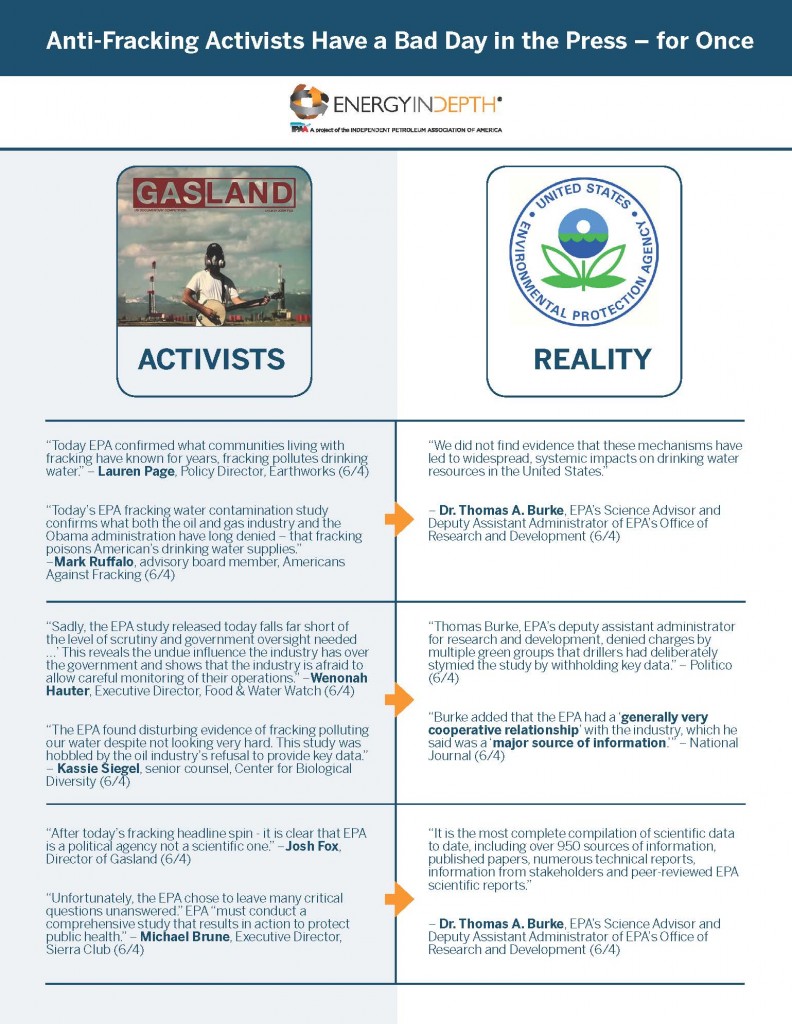 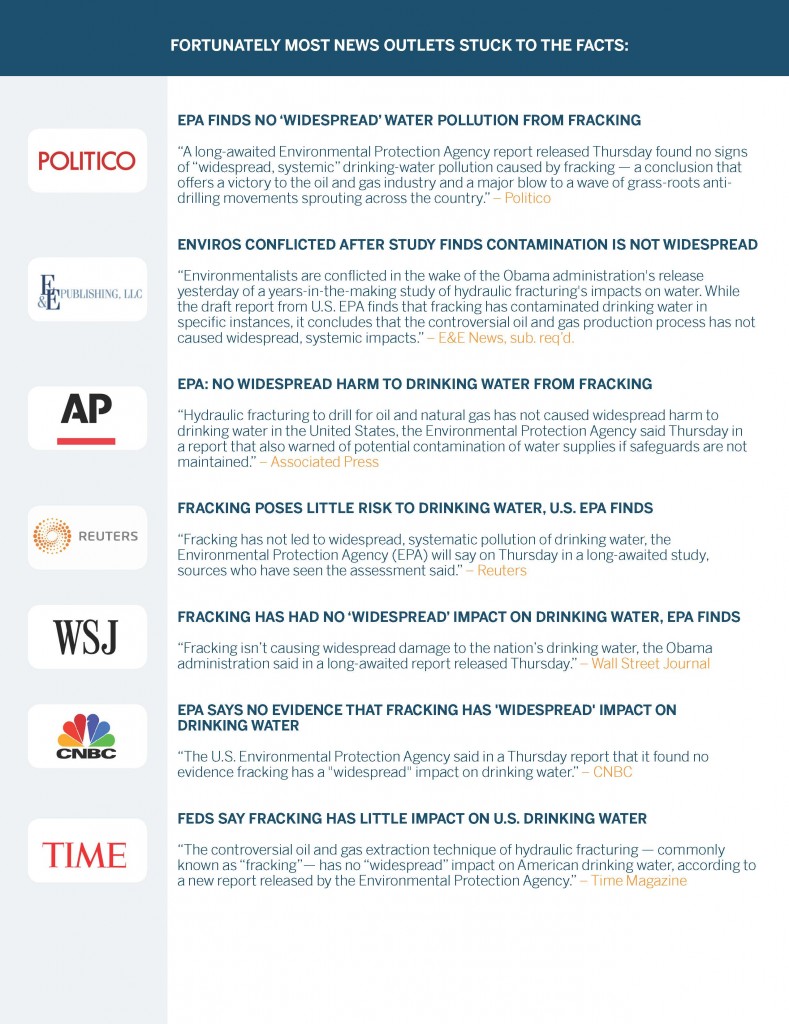 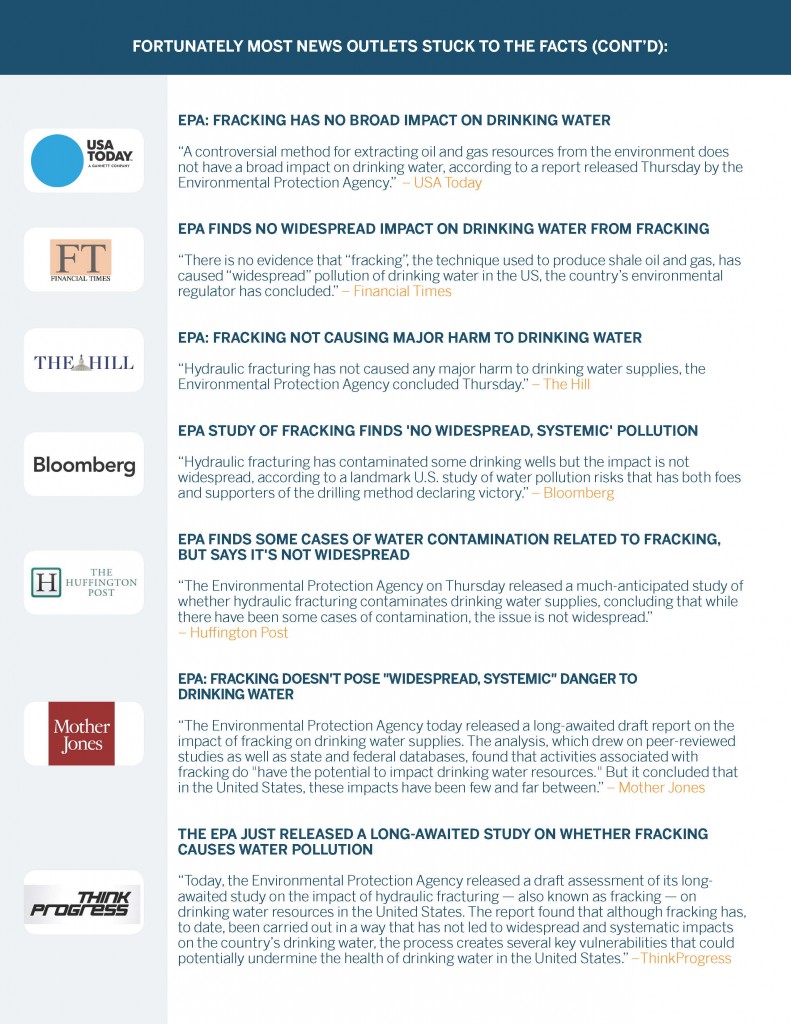