Following a landslide defeat in the recent primary election, failed Ohio gubernatorial candidate and anti-fracking activist Dennis Kucinich made embarrassing headlines again this week. This time Kucinich was caught begging for cash to help cover expenses from his over-extended campaign to stop shale development in the Buckeye State.

As the Cleveland Plain Dealer reported, “Normally when a campaign ends, the candidate stops asking for money. That’s not the case with Dennis Kucinich.” No, not at all. Kucinich was recently caught begging for tens of thousands to cover campaign expenditures.

Recall that Kucinich launched his bid for governor largely on a campaign platform that called for a fracking ban and stopping oil and gas development in its tracks. He even campaigned up and down the Ohio River with an outrageous “”Environmental Devastation Tour” that prompted a barrage of backlash from people who actually live and work in eastern Ohio, similar to the comment below:

For months Kucinich spread patently false claims about fracking all across Ohio, using fearmongering tactics in an effort to justify his promise to end shale development. That promise led him to a near 40-point loss at the ballot box in Ohio’s May 8 Democratic gubernatorial primary. 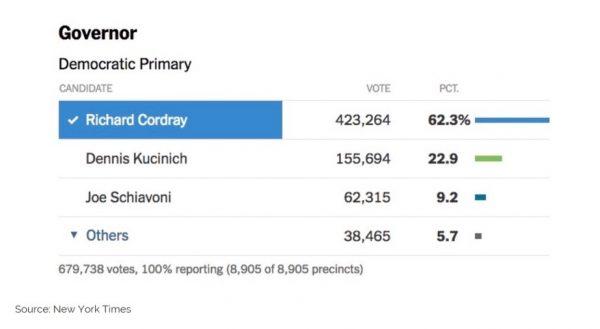 Along the way, Kucinich outspent his campaign coffers and is now begging supporters for cash. In a fundraising pitch to supporters he wrote,

“Now that the campaign has concluded and all the bills are in, we have an urgent need to cover about $38,000 in late expenses for printing, postage, media and contractual services. May we once again call upon your generosity for assistance in retiring our debt? Please help if you can.” 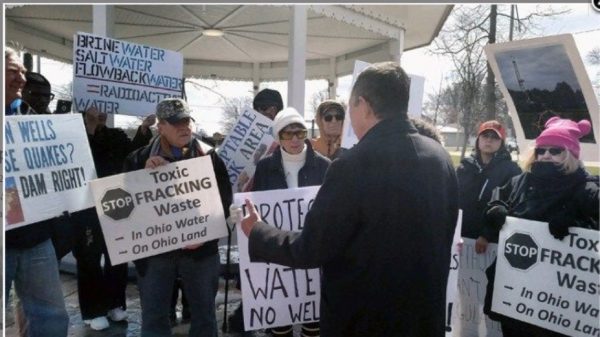 Not surprisingly, and just like sore loser Kucinich, the Youngstown anti-fracking group behind the Community Bill of Rights have continued to cry foul after their losses at the ballot box year-after-year. In an effort to get ahead of the curve, the Mahoning County Democratic Chairman, David Betras — who is also the vice chairman of the board of elections — quickly shot down a challenge of a recount, as the Youngstown Vindicator reported this week that “recounts didn’t change the outcomes of four races in Mahoning County.” Betras also took a moment to underscore his frustration with their campaigns stating,

It appears Betras, like everyone in Youngstown, is sick and tired of these antics and feel the matter is settled once and for all. Voters in Youngstown, and Ohio as a whole, have clearly and loudly rejected anti-fracking campaigns, period, end of story.