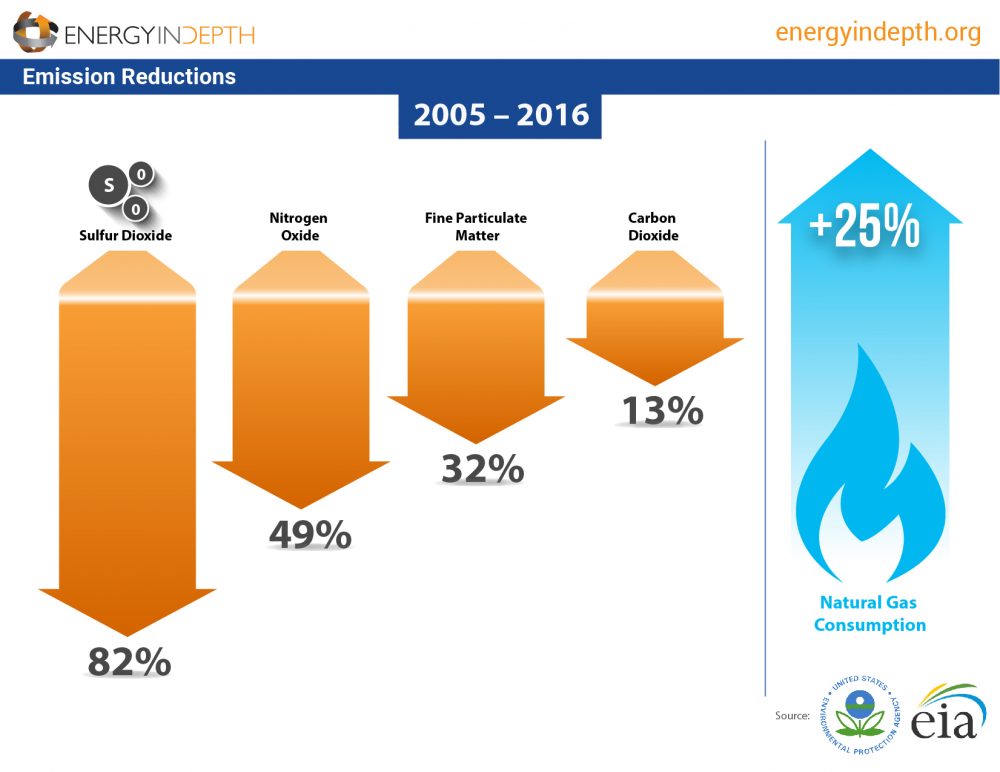 Ahead of Earth Day, an Energy In Depth analysis of the latest government data shows that U.S. emissions of carbon dioxide and three air pollutants responsible for millions of deaths worldwide have significantly declined since the shale revolution began. This is a trend that multiple reputable third parties agree can be traced directly to increased natural gas use made possible by hydraulic fracturing.