As Protesters Call for Fracking Ban at Global Climate Action Summit, America Continues to Lead World in CO2 Reductions – Thanks to Fracking 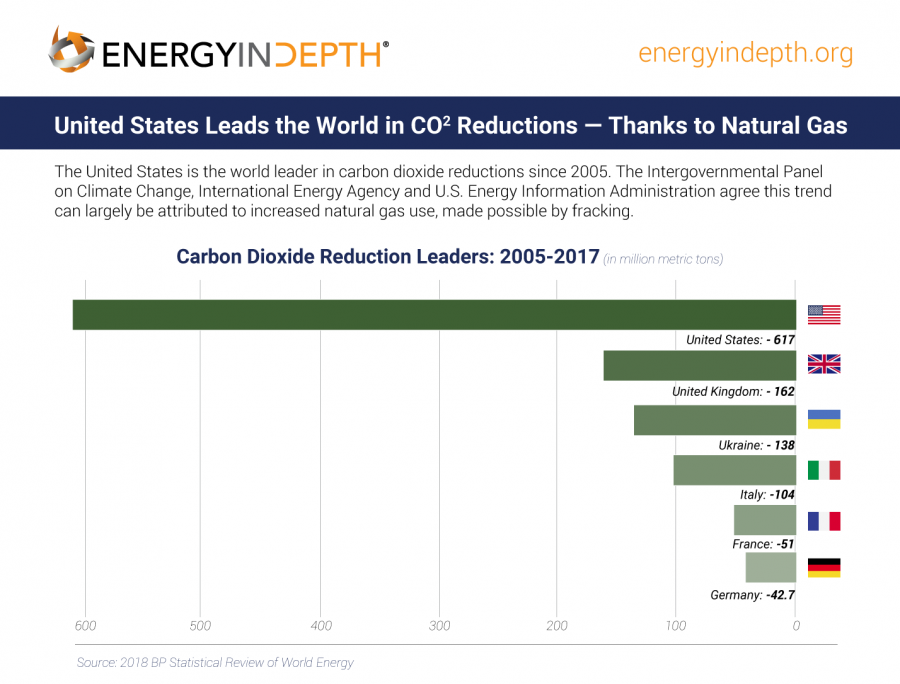 “Keep It In the Ground” (KIITG) activists have made news this week for directing their considerable angst at fellow environmentalists at the Global Climate Action Summit in San Francisco. As former New York mayor and event co-host Michael Bloomberg noted after his speech was interrupted by protesters on Thursday:

But even more ironic is the fact that KIITG protesters also continued to insist that progressive leaders ban the very technology most responsible for the fact that the United States is the most successful nation in the world at achieving the movement’s top objective – reducing carbon dioxide emissions.

BP’s most recent Statistical Review of World Energy shows that the United States has led the world in carbon dioxide reductions since 2005 — and it’s not even close. In fact, as the above EID chart shows, the United States’ energy-related carbon reductions over the past 12 years – 617 million metric tons – are greater than the next five leading countries’ CO2 reductions combined.