Researchers with ties to anti-fracking groups have been putting out a number of reports that attempt to link fracking to asthma. But time and time again, their studies have been debunked by credible health and research institutions.

In fact, Texas — which activist groups like Earthworks claim is ground zero for asthma issues related to fracking — has the lowest asthma rates in the country. Check out EID’s new infographic to learn more. 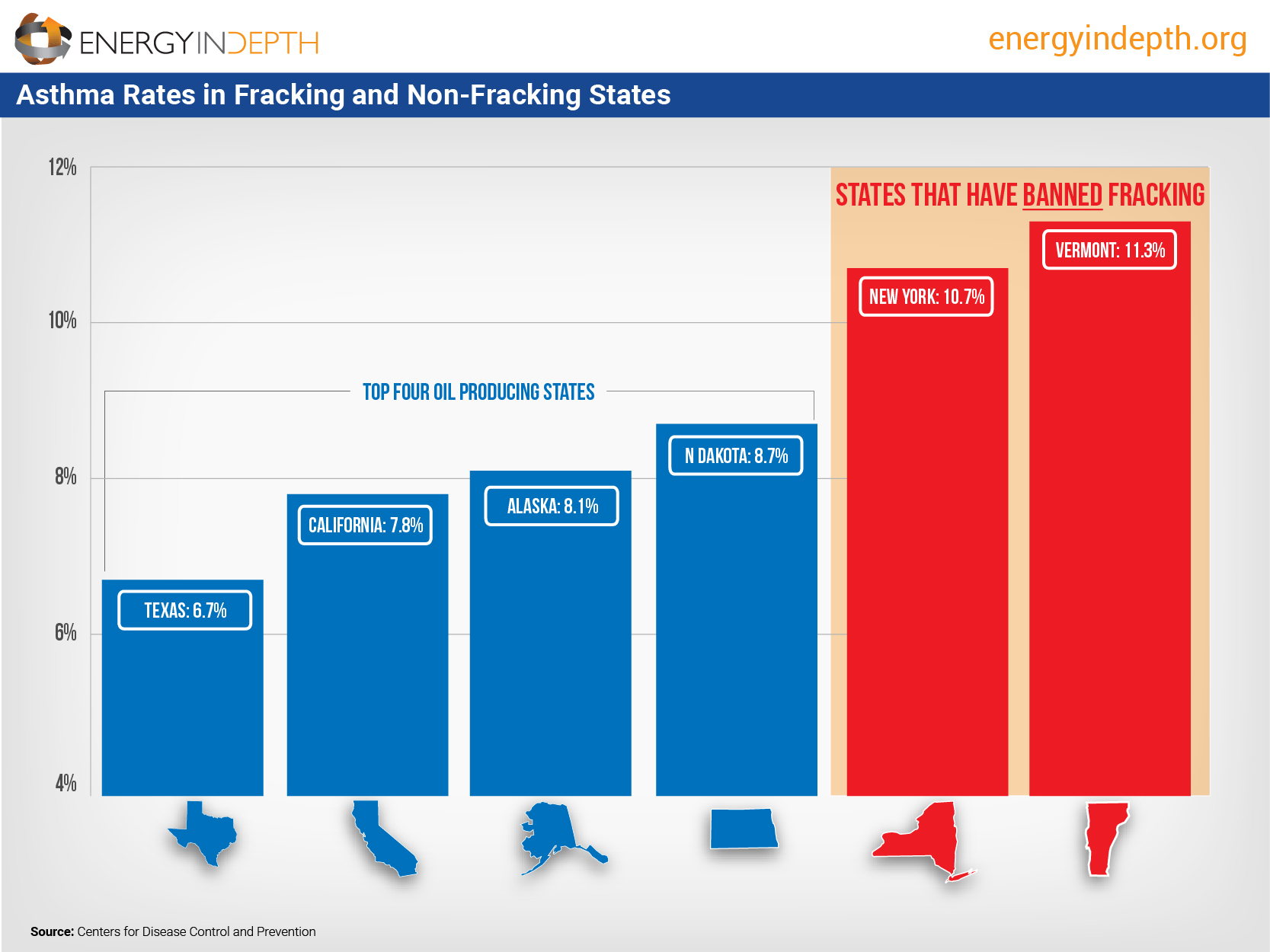