Today in Paris, anti-fracking activists staged a rally in protest of California Governor Jerry Brown’s support for oil and gas development, proclaiming that “climate leaders don’t frack.” They did this even though it’s thanks to fracking that the United States can tout being the only country in the world to achieve significant reductions in greenhouse gas emissions (more on that in a minute).

The rally comes on the last day of Gov. Brown’s visit to the French Capital to attend the COP21 climate summit and on the heels of a local screening of Jon Bowermaster’s newest anti-fracking documentary, Dear Governor Brown, Executive Produced by actor and activist, Mark Ruffalo.

Mr. Ruffalo made a few headlines last week when he actually declared Governor Brown to be “almost worse than climate change deniers.” Governor Brown, a celebrated environmentalist (with decades more history as a climate hawk than Mr. Ruffalo) responded by pointing out that Hollywood celebrities fail to understand reality. The governor explained,

“I don’t think it’s responsible to let third-world countries do the oil production so that Californians can drive around, even in their hybrids.’’

“To just instantly kill an industry, with all the backlash that entails, with the trivial impact on climate change, does not seem to me the wise way to go.’’

The fact is, of course, that climate leaders do support hydraulic fracturing, and for very good reasons.

Secretary of State John Kerry, one of the foremost leaders when it comes to climate, has said,

“If we harness the power of the wind in Mexico and the biomass in Brazil, the sunshine in Chile and Peru, the natural gas in the United States and Argentina, then the enormous benefits for local economies, public health, and of course climate change mitigation could reach every corner of the Americas and beyond.” [Emphasis Added]

Gina McCarthy, the administrator for the Environmental Protection Agency (EPA) has been supportive of natural gas development in the United States as vital to a successful climate strategy. In an interview, McCarthy said:

“Hydrofracking has certainly changed the energy dynamic considerably. You are absolutely right, it has created an opportunity for a shift…into natural gas, and that shift has been enormously beneficial from a clean air perspective, as well as from a climate perspective.”

Then there’s Secretary of Energy and nuclear physicist Dr. Ernest Moniz (Ph.D., Stanford), who has praised natural gas production as a catalyst in the fight against climate change and greenhouse gases saying:

“About half of that progress we have made [on greenhouse gas emissions] is from the natural-gas boom.”

This is, of course, true of Governor Jerry Brown as well. Governor Brown is one of the most vocal environmentalists of the past four decades and he understands that not only does fracking for natural gas lower greenhouse gas emissions, but producing oil in California reduces the climate impacts of importing it by ship or rail from often unfriendly regimes with more lax environmental regulations.

It is clear that Mr. Ruffalo and other climate activists in Paris this week suffer from cognitive dissonance, willfully ignoring, for example, that both carbon dioxide emissions and methane emissions in the United State have been dramatically slashed in the past several years, thanks to the shale revolution and the fracking boom that made it possible. 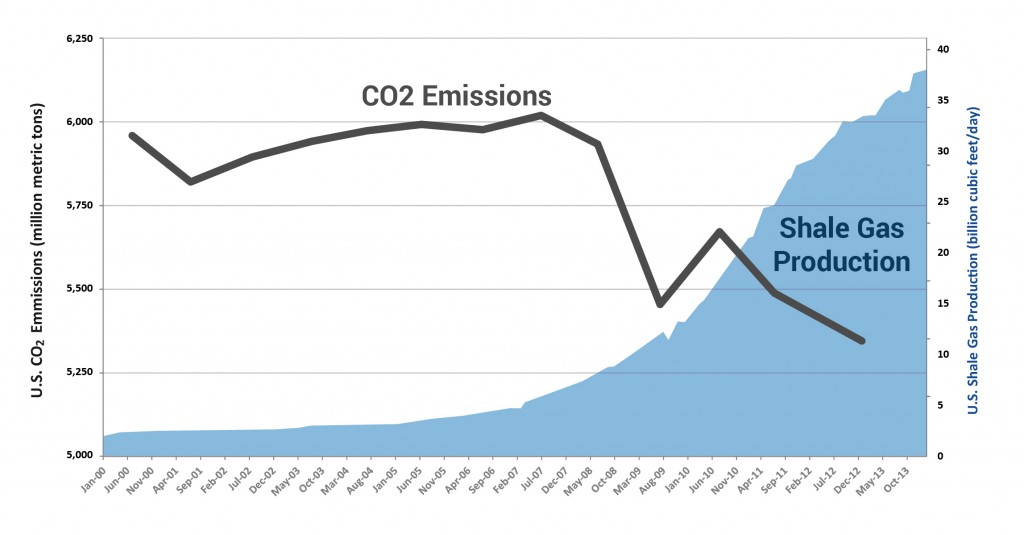 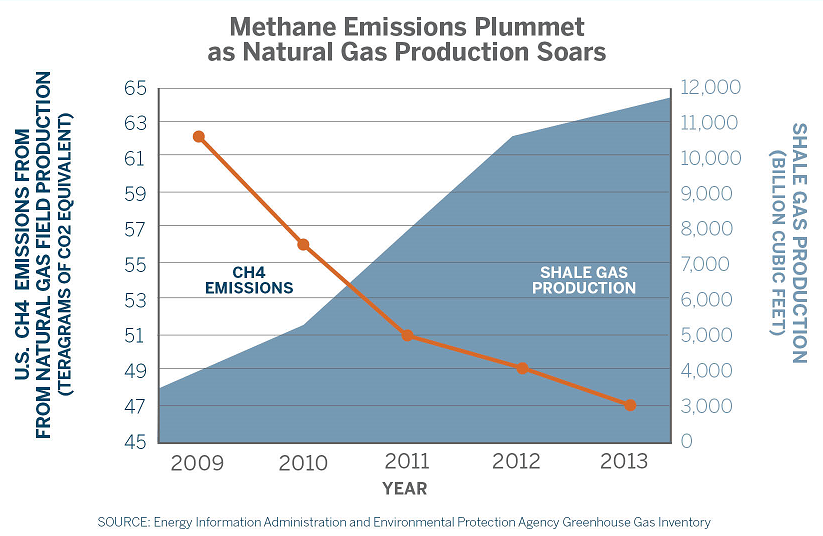 Most importantly, the Intergovernmental Panel on Climate Change (IPCC) has reported that:

“[The] rapid deployment of hydraulic fracturing and horizontal drilling technologies, which has increased and diversified the gas supply…is an important reason for a reduction of GHG emissions in the United States.”

This is the same IPCC that has been hailed as the “Gold Standard” by Sierra Club executive director Michael Brune and by 350.org’s Bill McKibben. It has been called “the most authoritative group in the business” by the Natural Resource Defense Council.  Yet for some reason, these activists just decide to deny what the world’s most prominent scientists have to say about fracking.

Climate leaders do frack, and Mark Ruffalo and his friends should inform themselves about science so they don’t continue to advocate for policies that will make climate change worse. After all, as Jerry Brown has said, anti-fracking activists “don’t know what the hell they’re talking about.”