Ban Fracking? Not If We Want to Meet Global Energy Needs

This week, the U.S. Energy Information Administration (EIA) released its annual International Energy Outlook, predicting international energy trends and demand through 2040. The report projects global energy use will increase 48 percent by 2040 and that liquid fuels (i.e. mostly oil) and natural gas will be the number one and number two sources of energy, respectively.  Of course, there’s no way to meet that demand without fracking so this is a pretty big wake up call for activists pushing the “Keep-It-In-The-Ground” agenda.

According to the report, consumption of natural gas worldwide is expected in increase from about 120 trillion cubic feet (Tcf) in 2012 to 203 Tcf in 2040 – an increase of almost 70 percent. As the report states fracking is essential to meet that need:

“The application of horizontal drilling and hydraulic fracturing technologies has made it possible to develop the U.S. shale gas resource, contributing to a near doubling of estimates for total U.S. technically recoverable natural gas resources over the past decade.”

“Shale gas accounts for more than half of U.S. natural gas production in the IEO2016 Reference case, and tight gas, shale gas, and coalbed methane resources in Canada and China account for about 80% of total production in 2040 in those countries.” (Emphasis added) 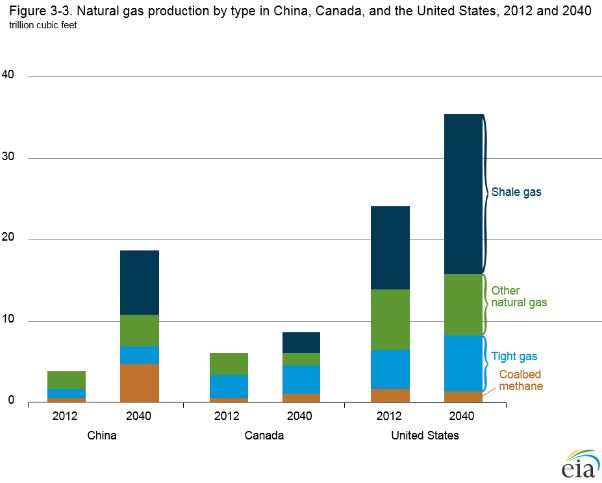 Worldwide consumption for liquid fuels (such as petroleum) produced from crude oil is set to soar as well. According to the report, global consumption of petroleum and other liquid fuels is projected to increase from 90 million barrels per day (b/d) in 2012 to 121 million b/d in 2040. Much of this demand will stem from Asian countries, specifically China, although the United States will continue to be the largest consumer of liquid fuels in the Organization for Economic Co-operation and Development (OECD) through 2040.

With EIA’s prediction that oil and natural gas will be the top two sources of energy worldwide by 2040, the role of fracking in global energy production will only increase. This directly contradicts the absurd notion pushed by anti-fracking activists who claim we can ban fracking without significant global repercussions, as fracking will be necessary to meet global oil and natural gas demand. In the United States alone, fracking accounts for 67 percent of natural gas production, up from 7 percent in 2000. 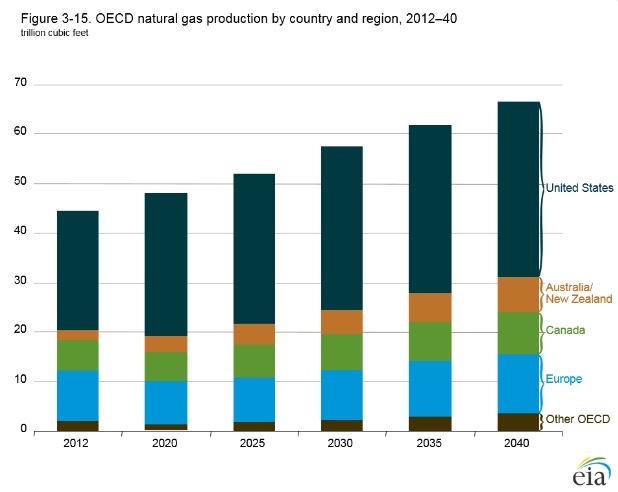 Thanks to fracking unlocking this wealth of natural gas in the United States, the EIA predicts natural gas imports to the U.S. will decline over the next few years and the country will instead become a net exporter. As the report mentions:

“In the United States, rising domestic production reduces the need for imports, primarily as a result of robust growth in regional production of shale gas. The United States becomes a net exporter of natural gas in 2017, with net exports growing to 5.6 Tcf in 2040.”

It’s no surprise global demand for natural gas is increasing rapidly as the resource is not only cheap and abundant thanks to technologies like fracking; it’s also a more energy efficient than other traditional sources of fuel. This efficiency means natural gas is expected to continue playing a vital role in energy intensive sectors such as power generation. The report notes:

In addition, natural gas is less carbon intensive than other sources of fuel. Just this week the EIA published a report about how CO2 emissions in the U.S. have fallen by 12 percent since 2005, with much of that decline coming from the increased use of fracked natural gas. The International Energy Outlook 2016 echoes this sentiment, stating:

It’s not just U.S. natural gas production benefiting from fracking, but also oil production. Fracking allows U.S. producers to reach massive oil reserves that they were previously unable to, helping make the United States the world’s largest producer of petroleum in 2014. EIA expects the United States to remain a dominant player in the production of this “tight oil”, produced through fracking, with U.S. tight oil production more than doubling from 2012 levels by just 2020. 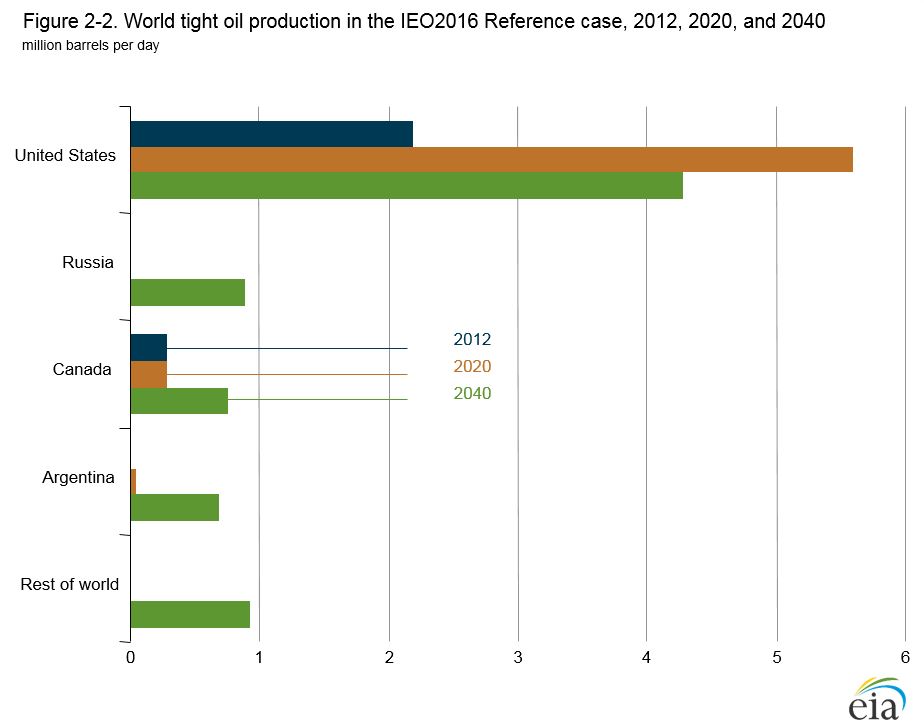 For all these reasons, it’s no wonder the “Keep It in the Ground” campaign, which seeks to ban all fossil fuel production, has been criticized for being “naïve” by the U.S. Secretary of the Interior Sally Jewell and “completely impractical” by Obama’s former advisor John Podesta.