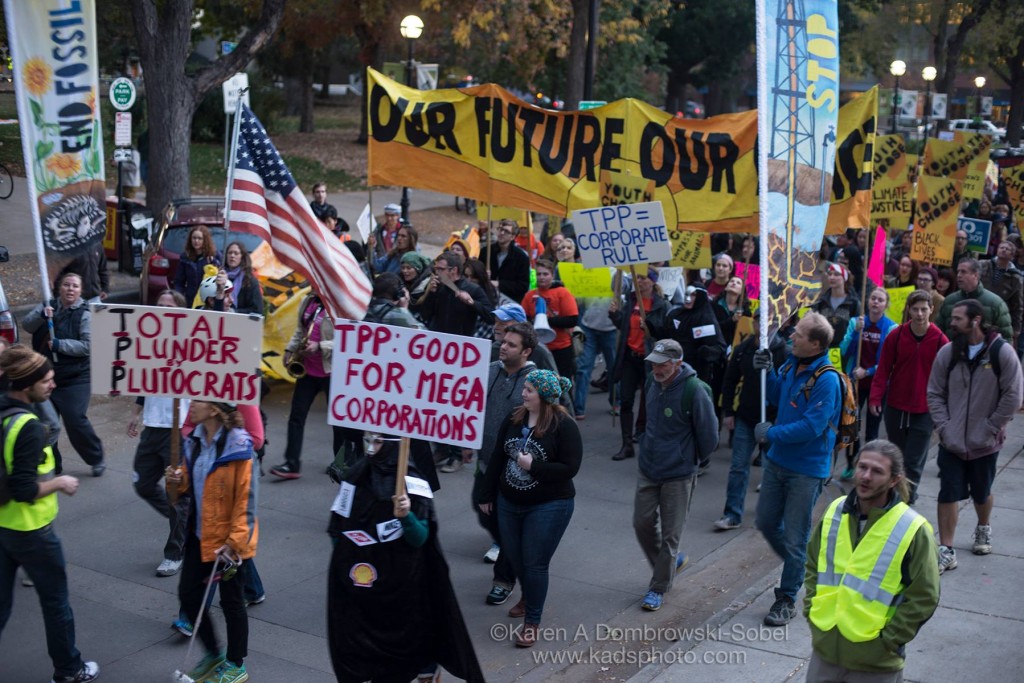 Ahead of this week’s Republican presidential debate in Boulder, Colorado, activists claimed that they would “draw 10,000 people” to protest the candidates’ positions.  And, as the New York Times reported, “anti-fracking activists are organizing a march that they hope will draw thousands of people.”

But as pictures of the event show, it looks like the anti-fracking activists took the day off: amid posters protesting everything from guns to corporate tax breaks, we were hard pressed to see any anti-fracking signs at all, aside from the one lonely banner pictured above.

But that might be explained by a new poll, which shows, “majorities of Republicans (95 percent), Independents (84 percent) and Democrats (69 percent) say that producing more oil and natural gas here in the U.S. is important to them.” In other words, there is overwhelming bipartisan support for shale development across the state.

The fact that so few protestors showed up is especially interesting considering that groups like Food & Water Watch have declared that Colorado is “ground zero” for their ban fracking campaign.  If Colorado is ground zero, you would think they’d be able to muster up a few folks to hold up a sign, especially since the group has indicated it is gearing up to place a measure targeting shale development on the state’s 2016 ballot!

Colorado’s ban fracking activists’ apparent failure to draw a crowd, or lack of interest in the event, comes as their campaign has been struggling to gain momentum among a series of embarrassing missteps. And as EID previously reported, one recent anti-fracking demonstration was dominated by out-of-state attendees who descended on Denver for a national activist summit.

Whether the state’s ban fracking activists chose to ignore the event or failed to draw enough protesters to be noticed, it’s clear that they represent an increasingly extreme ideology that is not widely shared by the majority of Coloradans.