UPDATE (7/25/18, 2:40 PM EST): Congressman Jared Polis’ campaign reached out to Energy in Depth asking us to immediately update our blog post with the following statement:

I wanted to follow up from our phone conversation and put in writing as you required that Jared Polis has never supported a ban on fracking. I hope your publication will make that correction immediately. It is important that correct, accurate information be included in your story. Feel free to contact me back or have an editor call me if any further clarification is needed. I will follow-up again as necessary. 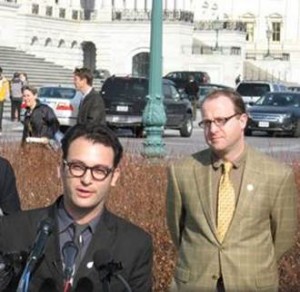 Speaking in a wide-ranging interview, Colorado U.S. Sen. Michael Bennet (D) addressed Congressman Jared Polis’s run for governor, climate change politics, and touted Colorado’s common sense and pragmatic approach to issues of environmental stewardship in a recent interview with Columbia Energy Exchange. The interview comes just after Colorado’s Democratic Party announced support for a proposed November ballot measure that would essentially ban hydraulic fracturing in the state by increasing setbacks that would sideline more than 85 percent of the state’s non-federal from new oil and gas development.

Most noteworthy from the interview are Bennet’s comments about Polis’ run for governor and the impact his election would have on the energy industry in the state. As EID has long documented, Polis has a history of siding with activist groups, supporting ban-fracking initiatives and pushing for 100 percent renewables in Colorado. Now that he’s a gubernatorial candidate, Polis has attempted to soften his positions in the presence of more moderate audiences, but for now he still enjoys the support of groups like the Sierra Club. So Bennet’s remarks on the impact of Polis becoming Governor stand out:

Bennet spoke highly about how his state has been able to navigate the issues in a way that exemplifies compromise and cooperation between industry and green groups, with support from both parties.  He said the extremes on either side are not helpful in moving the conversation forward, and mentioned that the “Keep it in the Ground” faction of his party is not realistic in its demands or approach because of the importance of natural gas.

“…[Colorado has] a thriving energy economy, renewable and non-renewable, we have a consensus that we’d like to get off of dirtier fuels and that renewables will be a big part of that, natural gas if we capture the methane — as we do in Colorado — can be a big part of that. And we need to approach it in a way that’s practical, and what I mean by that is that we need to acknowledge the fact that we’ll have transitions, we’re not going to flip a switch overnight and change the entire energy economy of our state, or the country for that matter.”

Bennet also expressed optimism that, despite Washington, D.C.’s current “dysfunction,” there is a bipartisan consensus to be met in a manner that both addresses environmental concerns but also helps drive economic growth. Bennet believes there’s a way to balance both positions while still providing the nation with much-needed energy sources.

“In Colorado… there is a consensus that that is achievable, that is to say, we can drive jobs and wages, we can do it in a sustainable way that deals with climate, and we can also benefit our independence in energy at the same time. That consensus, for reasons we can talk about, gets destroyed on the way to Washington D.C., and that’s one of the things we need to fix in our policy.”

“We can find bipartisan ways to work together on these issues and, frankly, I think no matter,  even if you are a ‘keep it in the ground’ person or you are a ‘drill it everywhere’ person — which I don’t think either of those views matches the consensus in America on these issues — in order for us to create an enduring solution, you need bipartisanship.”

In expressing support for more energy options, Bennet advocated for two types of energy technology that are not yet being widely adopted but that he believes both parties should get behind — carbon capture and nuclear energy. Making the business case for carbon capture, he said, “If you believe that there ought to be multiple technologies and some technologies that you can actually make cleaner by capturing the carbon, that should be seen as a plus, not a minus.”

On nuclear energy, Bennet argued the U.S. should not cede ground or influence to other countries, saying, “On the nuclear research, the way I looked at that issue is that Bill Gates should not have to go to China to get financing for his innovative ideas around nuclear.”

Bennet also made the point that not all regulations are created equal. There’s an important case to be made that, even if the original statute had good intentions and has positive impacts, that doesn’t mean that every regulation enjoys that same characterization. Instead of Democrats being “defenders of bad government,” Bennet said that “we should be defenders of government that works well.”

Bennet’s take on energy and environment stand in stark contrast to his party’s gubernatorial nominee. Polis, although backed by a $600,000 Sierra Club campaign, has waffled on the biggest energy issues in the state over the past few years. At times siding heavily with groups and efforts, including opposing fracking with his own bankrolled anti-energy ballot measures, Polis has also pulled his proposals when they appeared to threaten his party’s chances at the ballot box in 2014. And in a 2017 event in front of Colorado Association of Commerce and Industry members, Polis appeared to endorse the state’s “robust energy sector,” touting “oil and gas” and “the next generation of and future advances in oil and gas extraction.”

Depending on which audience he is speaking to, Polis has endorsed a lawsuit targeting the state’s oil and gas permitting process, and ducked a primary question on his support for Initiative #97, the anti-energy measure just endorsed by the state Democratic party. Meanwhile on Capitol Hill, Polis sponsored “100 by 50” legislation that would impose a “mandatory fossil fuel phase-out” by 2050 in favor of renewable energy.