President Biden’s nominee to serve as Comptroller of the Currency, a powerful financial regulatory position, has made it very clear that she wants American energy independence to be destroyed and that millions of hardworking men and women to lose their jobs.

In remarks delivered to the Jain Family Institute in February that have recently been publicized, Saule Omarova said:

“Troubled industries and firms that are transitioning. Here what I’m thinking about is primarily coal industry, and oil and gas industry. A lot of the smaller players in that industry are probably going to go bankrupt in short order. At least, we want them to go bankrupt if we want to tackle climate change, right?” (emphasis added)

Since the video came it light this week, she has faced growing criticism over the comments. Rob Nichols, president and CEO of the American Banking Association, told Newsweek that he has “serious concerns about her ideas for fundamentally restructuring the nation’s banking system.”

Joe Biden’s nominee for the Comptroller of the Currency Saule Omarova on oil, coal and gas industries: “We want them to go bankrupt if we want to tackle climate change.”

Those industries are responsible for MILLIONS of Americans’ paychecks.pic.twitter.com/37DYwoFw8m

The Independent Petroleum Association of America, of which Energy In Depth is a program, said that U.S. companies are producing the affordable and cleaner energy the country needs:

Independent oil and natural gas producers
are helping meet the world’s ever-increasing need for
low-cost, reliable and cleaner energy that will further
advance standards of living now and into the future. Omarova says she wants our members to go bankrupt. https://t.co/9EL7HdRyAG

And Western Energy Alliance’s Kathleen Sgamma said the oil and natural gas is used not only for energy, but for producing, manufacturing, and delivering nearly every product essential to modern life:

Not to mention sustaining the lives of every American with mobility, home heating & cooling, 24/7 electricity, medicines, medical devises, manufactured goods, food on the table, water from the tap… She wishes to impose the same scarcity & poverty the Soviet Union delivered. https://t.co/SNWIfxrCJi

Omarova issued this call to bankrupt oil and natural gas companies because she wants to address climate change, but it’s the industry that’s developing the technologies to produce cleaner energy.

As Energy In Depth noted during Earth Day this year, the United States is the world leader is reducing carbon emissions thanks to natural gas. 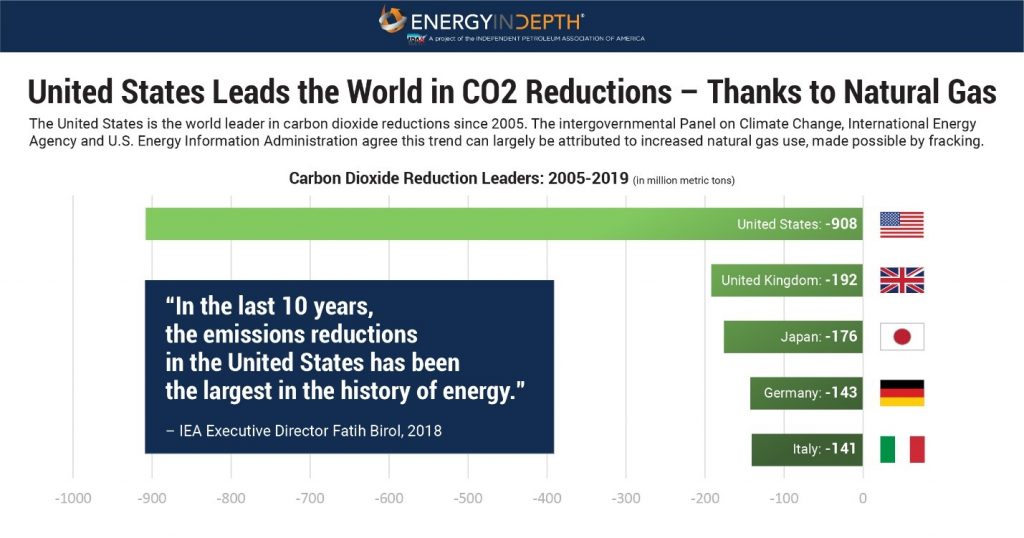 The industry is also pioneering new ways to produce energy more efficiently and reduce emissions including identifying and fixing methane leaks, developing carbon capture and storage technologies, and funding billions of dollars in research in development.

If Omarova (and anyone else) cares about addressing climate change, they should see an ally in the industry.

Not only would bankrupting the oil and natural gas industry hurt the effort to address climate change, it would also be devastating for workers and communities across the country.

According to a study from the U.S. Chamber of Commerce’s Global Energy Institute on the affects of fracking ban (i.e., bankrupting the industry):

“The analysis found that a ban on fracking would eliminate 19 million jobs between 2021-2025, while reducing U.S. Gross Domestic Product by $7.1 trillion over the same period. Energy prices would skyrocket, with natural gas prices rising by 324 percent, causing household energy bills to quadruple and the cost of living to increase by $5,661 for the average American. By 2025, the price of gasoline would double, and government revenues would plummet by almost $1.9 trillion.” (emphasis added)

A bankrupting of the industry would also reduce the tax revenue that local communities depend on. The Center Square said that production contributes $155 million to Louisiana’s state budget and $2.8 billion to New Mexico’s state budget, and in Texas, the industry paid $13.9 in state and local taxes and royalties.

One hopes that if Ms. Omarova is confirmed for this position she can recognize the significant value the oil and gas industry brings to this country and the devastating impacts it could have it simply went bankrupt. In the meantime, there’s a few questions as a result of these comments including how she will respond to their resurfacing and how the Biden administration will respond in light of its desires to lower energy prices.