BP’s recently released Energy Outlook 2018 projects that the United States will continue to expand its position as the world’s largest producer of oil and natural gas through 2040. In addition to establishing a commanding lead in global oil production, which includes crude and natural gas liquids, between now and 2040, BP expects the U.S. will account for nearly a quarter of global natural gas production by 2040. Such impressive production levels are driven by the use of hydraulic fracturing, as the technology has unlocked massive reserves of tight oil and natural gas from shale regions across the country.

As EID has reported over the past few months, the United States is now seeing record oil production, thanks to a significant increase in output from shale – specifically, the Permian Basin in West Texas – over the past decade. BP’s Outlook sees this growth trend continuing, predicting that the United States will “dominate” oil production in coming decades. According to the Outlook:

“Increase in oil production during the first part of the Outlook are dominated by US tight oil. In the ET scenario, total US liquids production, including natural gas liquids (NGLs), account for two-thirds of the increase in global supply during the first 15 years of the Outlook, plateauing at around 23 Mb/d [million barrels per day] in the early 2030s. The US is by far the largest producer of liquid fuels over the Outlook.”

Under the reference case – described as “evolving transition,” or ET – BP estimates that tight oil production from shale will double by the early 2030s, peaking at close to 10 Mb/d. To put this in perspective, the previous U.S. monthly production record of 10.2 Mb/d — with unconventional and conventionally produced oil included — was set last month. Additionally, over the next 10 years alone, BP predicts that productivity levels will increase by around 40 percent by 2040. In another scenario, referred to as the “greater resource” scenario, BP forecasts cumulative production reaching 50 percent higher than the reference case, with U.S tight oil accounting for 15 Mb/d by 2030. 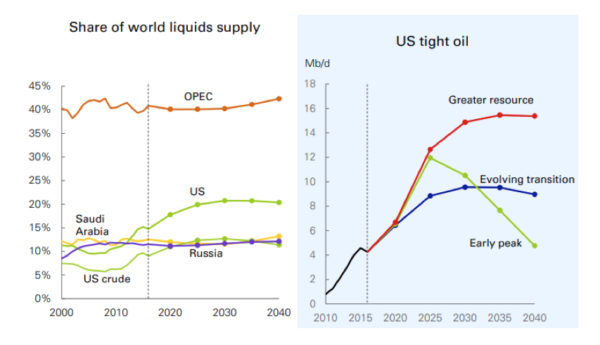 “The US and the Middle East (Qatar and Iran) contribute over half of the incremental production. By 2040, the US accounts for almost one quarter of global gas production, ahead of both the Middle East and CIS (each accounting for around 20%).” 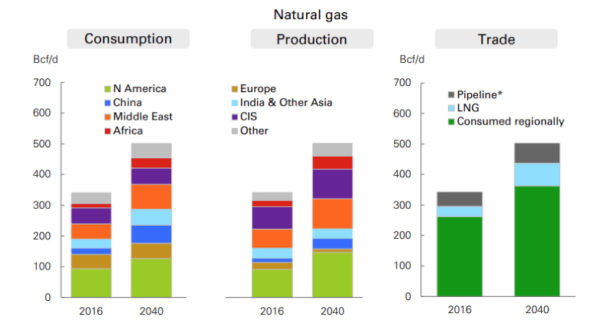 Mirroring increases in natural gas production, U.S. natural gas exports are also anticipated to soar, according to BP. The Outlook notes that under the ET scenario, global LNG trade will more than double by 2040. Much of this demand stems from expanding markets, such as China and other Asian countries, as they turn to natural gas as a way to lower energy emissions. With strong demand, BP estimates that global LNG exports will be “dominated” by the US and Qatar, with the two countries comprising almost half of global LNG exports by 2040. 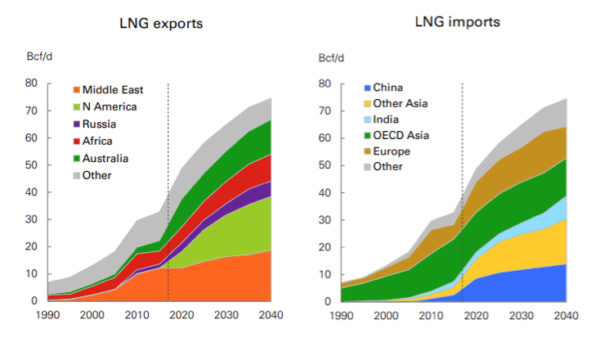 Overall, BP’s latest Energy Outlook shows that not only has shale development led to staggering levels of American oil and gas production, it will ensure the United States will continue to be a dominant force in global energy production for decades to come.