Over the last decade, Pennsylvania’s universities and trade schools have been incredibly proactive in developing programs to ensure the Marcellus has a top-notch local workforce. Lackawanna College (LC) in Northeastern Pa. – where Cabot Oil and Gas just fulfilled a $2.5 million endowment more than a year ahead of schedule – is a shining example of this. 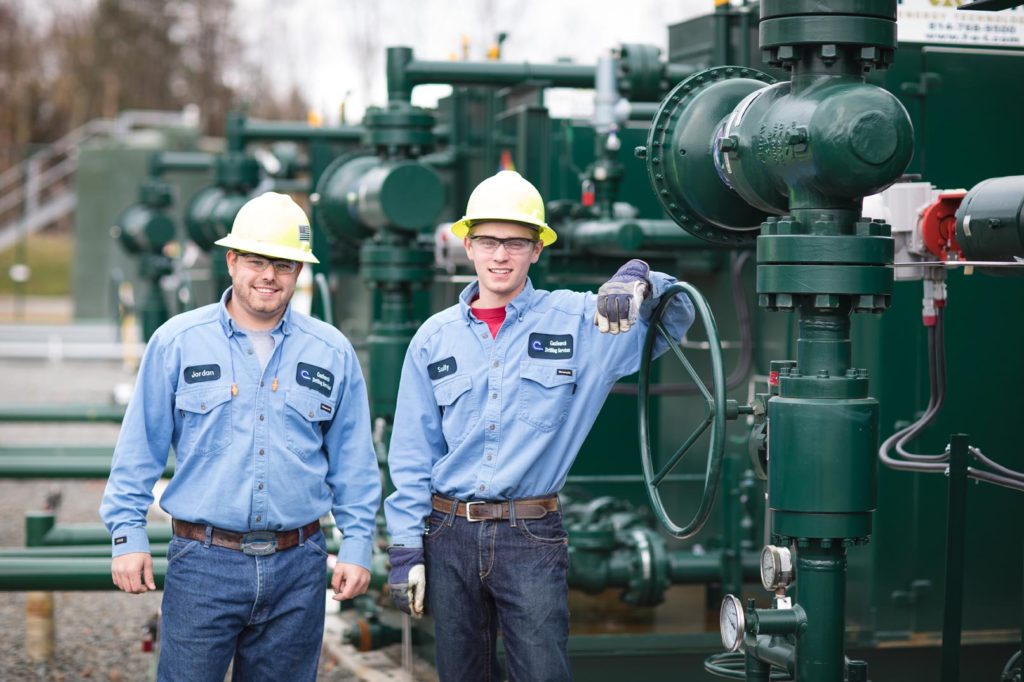 LC was at the forefront of institutions that actively sought partnerships with the shale industry to develop Associate degree programs to meet the workforce demands of what at the time was a relatively new industry in the region. As Pa. state Sen. John Blake (D) said at an event this week to celebrate the endowment’s fulfillment,

“I can only echo the President’s words about how important and transformational it’s been for Lackawanna College. The School of Petroleum and Natural Gas is the first of its kind in Northeastern Pennsylvania and it really evidenced, I think, the vision, foresight and the agility of Lackawanna. And I think Cabot recognized that in making an investment in you.

“We always love to see industry invest in the future of our people, and that’s what happened here.”

LC President Mark Volk called the investment that the industry, and Cabot in particular, has made in the school “a game-changer” for not only the college, but the region as a whole in previously unimaginable ways. Volk explained at the event,

“To have Cabot Oil & Gas to come in, to work with us, to trust us, was just a game-changing event for the college and I think for our region. That signified for our region that not only did we have great opportunity through having access to natural gas, but we had a tremendous workforce. We had people here who were able, interested, capable of learning and growing and moving into jobs that just for many years were not even dreamed of being able to be in our region. Family-sustainable wage positions starting above the $40-50,000 range after a two-year associate’s degree was to a large degree, except in some specific medical fields, unheard of. And to do it at the level – the numbers of jobs that were available – is just something that nobody really imagined.”

And the college’s School of Petroleum and Natural Gas, which includes courses designed for all parts of the natural gas lifecycle, has been successful from the start. The partnership with industry has enabled the college to provide what students in 2012 told EID is an “eye-opening” experience “demonstrating the opportunities that exist with the natural gas industry.” EID reported in 2011 on how an unheard of 100 percent of the first graduates of the degree program received job offers in the oil and gas industry. Six years later, the momentum has only continued, with nearly all graduates receiving job offers in the industry, with about 70 percent of them being hired by major oil and gas companies. As Volk explained to Congress in 2014,

“What we have successfully built in Susquehanna County should serve as a model for how educational institutions can, through innovation and collaboration with the industry, respond to the needs of a changing economic landscape and create entirely new job prospects for students.”

George Stark, Director of External Affairs for Cabot, discussed that this multimillion dollar investment – the single largest donation in the history of the college – has not only benefitted the school, region and yes, even the oil and gas industry, but has especially made a difference for the school’s alumni and their families:

“Truly, that’s the difference that we’re making. …They know they can come to Lackawanna College, get that degree, stay local, work in our industry… it’s generational. It’s not a job that they’re going to have and then in three years they’re going to look for the next opportunity. This is that game-changer.

“And having a school of your stature right here in the play, allows not just Cabot, but Williams, DTE, Repsol, Southwestern – they’re all hiring these students and that’s what we’re excited about to make that type of investment.”

And it’s not just benefitting individuals in counties with heavy Marcellus development. As Volk explained, thanks to “an investment in our endowment… that I didn’t think I’d ever see in my time as president,” Lackawanna College will be able to take money from its endowment to provide scholarships for students that come from places like the greater Scranton area, where he explained that roughly 80 percent of families fall below the poverty line. He said,

“So to be able to help them achieve a college education is just tremendous and that’s thanks in great part to Cabot Oil & Gas.”

The best part of all is that the partnership that Lackawanna College has built with the shale industry still has room to grow. As Stark explained,

“Even though the commitment has been met, the partnership will go on for generations, and that’s what has us excited.”

Whether it’s with workforce development training such as this, Marcellus impact fee monies, or the myriad of other ways that the shale industry is benefitting Pennsylvania, one thing remains clear: Shale development has been a game-changer for our region. And we’ve only scratched the surface on the potential opportunities it can bring.