A costly trend is developing across several California cities that could prove harmful to consumers and the environment alike.

Meanwhile, two of San Francisco’s supervisors recently revealed a plan to introduce similar legislationthat would ban natural gas in all new municipal construction and major renovations to buildings. If passed, it could become law by January 1. The Santa Rosa city council has also discussed banning natural gas in new buildings.

While the Bay Area is known for taking some extreme approaches to local government (Berkeley remains a “nuclear free zone”), these are not isolated cases. According to California Energy Commission Chairman David Hochschild, 50 additional cities are considering similar bans. This new front in California’s war against fossil fuels ignores the state’s dependence on natural gas in its energy mix and the benefits that come from it.

California has the seventh-highest electricity rates in the country — 18.05 centsper kilowatt hour, according to April 2019 data –36 percent more expensive than the U.S. average, which is 13.26 cents per kilowatt hour.

Cutting-off Californians’ access to natural gas in their homes would make electricity even more expensive. A study by Navigant Consultingfound that banning natural gas in homes would increase energy costs up to $877 per California household per year.This would amount to an annual energy cost increase of $4.3 billion to $6.1 billion dollar per year for California’s 7 million single-family homes.

Californians already suffer under high prices even with natural gas prices at 20-year lows; imagine if ill-conceived bans cut this fuel from the mix. Higher energy prices disproportionally hurt low-income families and residents, since a greater chunk of their paychecks go toward paying the bills compared to wealthier families.

Consumers and small businesses would also suffer the financial pain of being forced to install new stoves and other equipment that function without gas. According to Navigant, the up-front cost of switching to all-electric appliances would be more than $7,200 per household.

Consumption: California residents and businesses know what’s best for them

Surveys show that consumersand restaurantsprefer natural gas for stovetop cooking. Gas is also used to heat homes and businesses, to heat water, and to wash dishes and clothes. To electrify everything – to force Californians to give up their stoves and other appliances – would not only limit consumer choice but, as quantified above, it would impose a huge economic burden on consumers and businesses who would be forced to replace perfectly operational equipment.

“To see a city eliminate not only the customer choice, but the broader economic benefits and undeniable environmental benefits, is short-sighted to say the least.”

It is time to end California’s war on natural gas

As they risk eliminating consumer choice and sticking consumers and businesses with higher energy bills, politicians participating in this war on natural gas – in the name of fighting climate change – are ignoring the clear environmental benefits that natural gas is delivering.

As more utilities switch to natural gas-fired electricity generation, the United States has led the world in reducing carbon dioxide emissions, mostly due to natural gas. From 2005 to 2017, natural gas was responsible for 50 percent more reductions in emissionsfrom electrical power generation than solar and wind power combined, according to the U.S. Energy Information Administration. 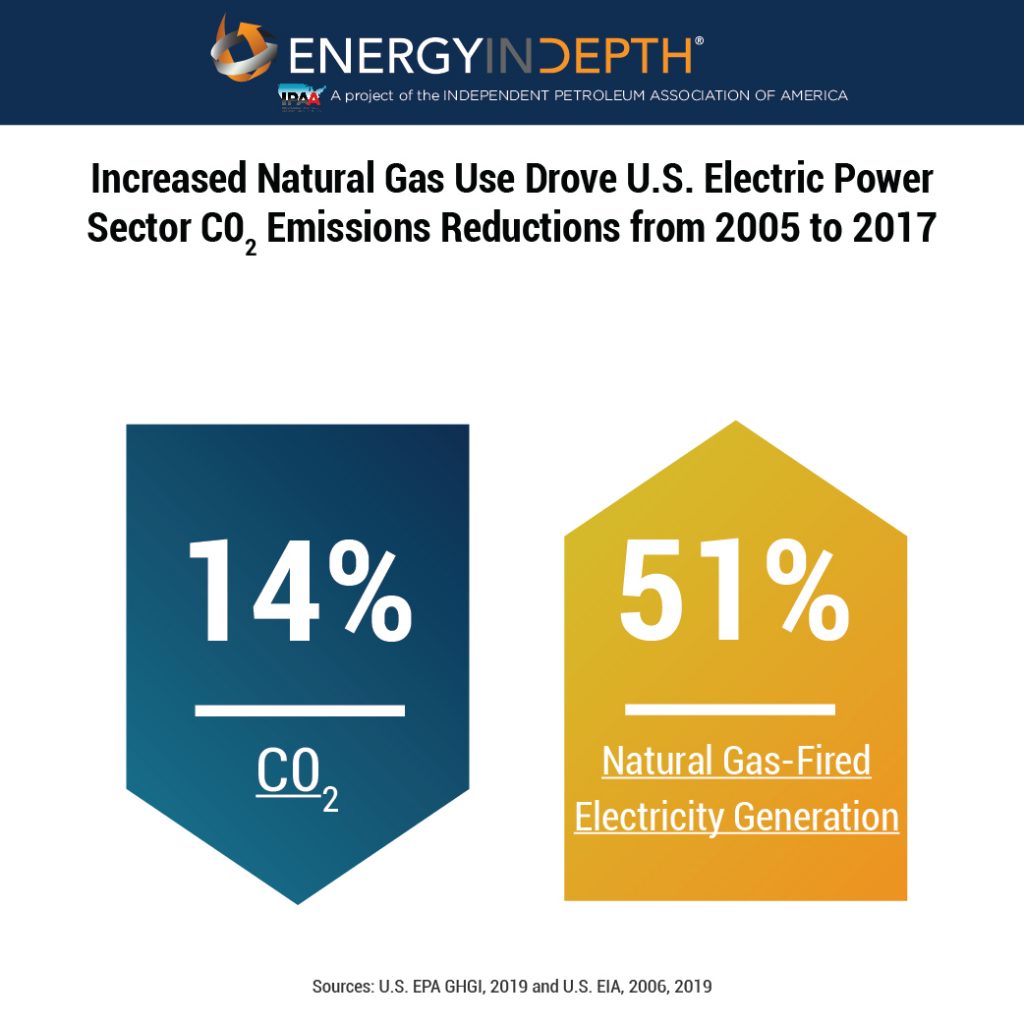 California leaders can look to New York and New England for evidence of the danger of such choices. Under like-minded politicians in New York, a crusade against natural gasand fracking  is leading to both increased emissions and higher utility rates. Such a scenario is catastrophic for a state that prides itself on international leadership in fighting climate change.

Policymakers in the Bay Area and throughout California must remember that natural gas is the state’s best bet for lowering both emissions and energy prices.