New analysis from a survey being conducted at the University of Ottawa found that while political parties in Canada may be amplifying ideological differences between Canadians, a majority of Canadians believe the oil and gas industry is important to the future of Canada’s economy.

Researchers with Positive Energy, an energy research program within the university, designed a survey last year attempting to measure the polarization within the public on climate and energy issues. Across a multitude of ideologies and political parties, an overwhelming number of Canadians said they thought the oil and gas industry was important for Canada’s economy now and in the future. 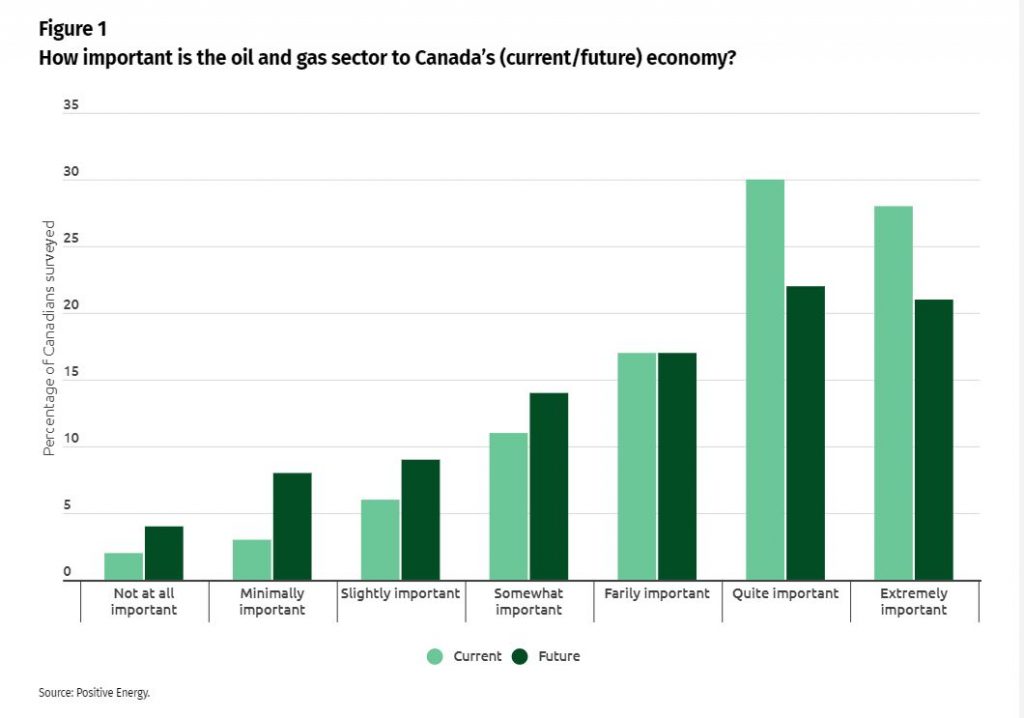 When asked about exporting Canadian natural gas to countries that use more carbon-intensive energy production to alleviate greenhouse gas emissions, Canadians across various political ideologies either supported or strongly supported.

Overall, the survey results concluded that Canadians’ attitudes on energy and climate issues are not as polarized as many believe to be true and that Canadians generally see the economic value of the oil and gas industry and the ability to reduce carbon emissions by exporting Canada’s natural gas resources to other countries.

Indigenous Leaders Speak Out on Fears of Green Economy Push

Indigenous communities have spent decades contributing to, and building up, Canada’s oil and gas industry. Now, as some politicians advocate for full implementation of the “green economy,” indigenous advocacy groups are speaking out to amplify the industry’s role in their livelihood.

In a Calgary Herald editorial, the president of the Indian Resource Council Stephen Buffalo cautioned against any sudden and immediate withdrawal of investments in the oil and gas industry, speaking to the mutually beneficial role between Indigenous communities and the industry:

“Without steady and dependable revenue from oil and gas, it is difficult to imagine how Indigenous governments would fund a transition to renewable energy. Further reliance on government subsidies, which reinforce the paternalism of the past, would only add to government debt at a time when federal spending has surged.”

Rather than fully divulging from the oil and gas sector, Buffalo suggests that both types of energy should be supported, as they can co-exist to achieve a reduction in carbon emissions while also supporting Indigenous peoples:

“The oil and gas sector and renewable energy production must co-exist and will, undoubtedly, be key parts of the investment portfolio of many Indigenous communities. A successful Canadian energy sector, operating on some of the highest environmental and social standards in the world and with strong Indigenous participation, is part of Canada’s best and most practical solution to its economic needs, environmental commitments and promises to promote Indigenous economic development.”

One of Canada’s most influential energy industry leaders, Russ Girling, announced his retirement from TC Energy come the end of 2020. Girling held the chief executive position with TC Energy for more than 10 years, longer than any previous executive. The company’s success under Girling’s leadership has not gone unrecognized, either.

In a press release, Girling said he remains hopeful for the company’s continued growth and commitment to delivering for the Canadian people:

“With the wisdom and guidance of the Board and the skills and tenacity of our dedicated employees, we have accomplished many things, delivered the energy critical to millions of people safely and reliably every day, and created significant shareholder value. I am grateful for the opportunity and confident in how the Company is positioned to prosper as global demand for energy continues to grow and transition in the years ahead.”