The Community Environmental Legal Defense Fund (CELDF) is back in Ohio for another attempt to advance its misguided cause, this time targeting the capital city of Columbus. The new Columbus “Bill of Rights” features more or less the same language used in previous unsuccessful CELDF-led local control efforts in the state. While Energy In Depth has covered CELDF’s tactics and objectives at length in the past, it is still an important development for the residents of Columbus, and one to fully understand and actively oppose.

The measure – which would aim to effectively ban fracking and waste disposal in the City of Columbus – garnered enough signatures to be placed on the city’s November ballot. If passed by voters, the ordinance would also seek to curtail a number of other industries and necessary infrastructure projects, including the development of pipelines used to heat the homes, businesses and residential structures of the rapidly expanding city.

As a reminder, Ohio courts have ruled on local control issues pertaining to a variety of industries in recent years, and in each instance determined the state of Ohio has primacy over local governments in regulating issues and businesses that are of statewide interest and concern. The provisions found in H.B. 463 allow for legal rejection of charter amendment petitions. In 2015, the Ohio Supreme Court ruled 4-3 that the Home Rule clause of Ohio’s constitution does not give local governments the authority to supersede drilling activities that are permitted by the state. Put another way, the ordinance would stand little chance of being enforced, even if it were passed.

So why does it matter? Because CELDF’s latest misguided attempt to interfere in local politics will no doubt wind up costing taxpayers. Case in point, its efforts have cost the city of Youngstown more than $185,000 over a span of time that saw voters reject the issue seven consecutive times. That is why, even though it is obvious to anyone paying attention that absolutely no one is looking to develop oil and gas in (or anywhere remotely near) the City of Columbus, such a ban would still be a wasteful and burdensome endeavor.

But none of this is of concern to the group behind this effort. That’s because CELDF is not a group of local concerned citizens— it is actually a radical, out-of-state anti-fossil fuel activist group. As Columbus Underground reports:

“Their effort is backed by a national non-profit, the Community Environmental Legal Defense Fund (CELDF), which aims to wrest jurisdiction over oil and gas activities from states to individual municipalities.”

To be clear: CELDF is hellbent on using Columbus as a shiny prop for its cause, regardless of the state its efforts would leave the city in. For CELDF, the collateral damage is an acceptable means to further its cause.

In Youngstown, it took a group of business, labor, education and community leaders banding together in opposition to halt these misguided efforts. The coalition, recognizing the damage the ordinance would do to their community and economic potential, went to great lengths to educate the public on what the organization’s true efforts are, and what impact they would have on the city. From the Vindicator: 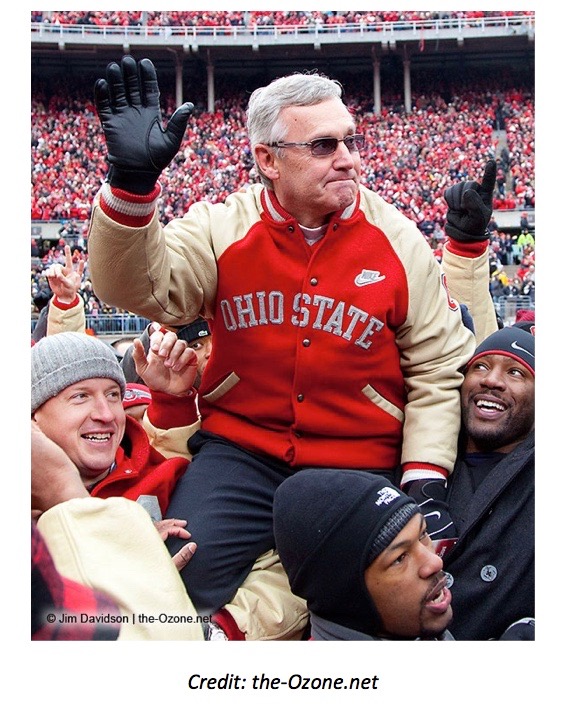 This group was successful in fending off the latest CELDF effort in Youngstown, and remains committed to ensuring the community fights back against future attempts to stifle the city’s economic growth.

The Youngstown ordinance – which is nearly identical to the ordinance CELDF is attempting to place on the Columbus ballot – has been opposed by this coalition because it recognized the collateral damage it would leave in the form of stifling new business development in the city. The language of the ordinance eliminates the possibility of new business projects, a fact noted by Bill Padisak, president of the AFL-CIO Council of Mahoning and Trumbull Counties.

‘“We [the building trades unions] want to rebuild Youngstown,” he said. Had it be passed in the five earlier attempts, the language in the measure could have been interpreted to stop ‘the Youngstown City Annex project, the rehabilitation of the [Central] YMCA and the Mahoning County Courthouse’ because workmen could not install or replace gas lines to the buildings.”

CELDF has the audacity to continue to push its agenda despite knowing the harm it would cause the communities they target. A CELDF spokesman recently doubled-down with acknowledgement of the fact the initiatives have no legal standing, resulting in a waste of taxpayer dollars these communities must spend on legal and ballot related fees. The Dispatch reports:

“…the proposal, even if it is approved by voters, could be challenged in court. The initiative’s proposal to make it illegal to transport oil and gas waste across the city, for example, appears to conflict with federal laws governing interstate commerce.

“But Lyons said the initiative is still worth pursuing because it brings attention to what he believes is the unfairness of cities not having a say in oil and gas drilling.”

If this sentiment sounds familiar, it’s because it echoes that of the CELDF’s founder, attorney Thomas Linzey, who previously told Reuters that bankrupting a community might be “exactly what is needed.” Reuters reports:

“But Linzey says his goal is not to write local laws that are popular, or stand up in court, but rather to trigger a public debate about community rights to local self-government – even if it means a community ultimately falls into financial ruin…

This, as they say, is where the cows eat the cabbage. CELDF acknowledges its actions, which are in conflict with the state’s constitution, come at a cost to the community when they are inevitably challenged in court.

The Columbus City Council and the Franklin County Board of Elections have the opportunity to take a thorough look at who exactly is leading the charge on this issue, what their true objectives are, and what consequences of putting the issue on the ballot would have for the community. The group is ultimately looking to tout a Columbus ordinance as a “win” for its cause, and care not about the cost to the city for the legal challenge it will certainly meet, nor the collateral damage it would have on a number of industries if the ordinance were to ever be enacted.

Any so-called “Bill of Rights” charter proposals that run counter to state law will be challenged and ruled invalid. Both Medina County and Athens County Board of Elections voted to keep measures similar to the Columbus Bill of Rights and the Youngstown charters off the ballot, and both boards’ votes were swiftly upheld by the courts.

Columbus is a growing and vibrant city. According to the latest Census, it is the fourth fastest-growing city in the country. In order for that to continue successfully, the city needs pro-community, pro-business, commonsense laws. This one fails to meet that criteria. The community – and its elected leaders – have taken great measures to ensure the city, and the industries that operate in it, are strong stewards of the environment. This ordinance does nothing to further their success, and comes with the cost of placing unnecessary burdens on the taxpayers.