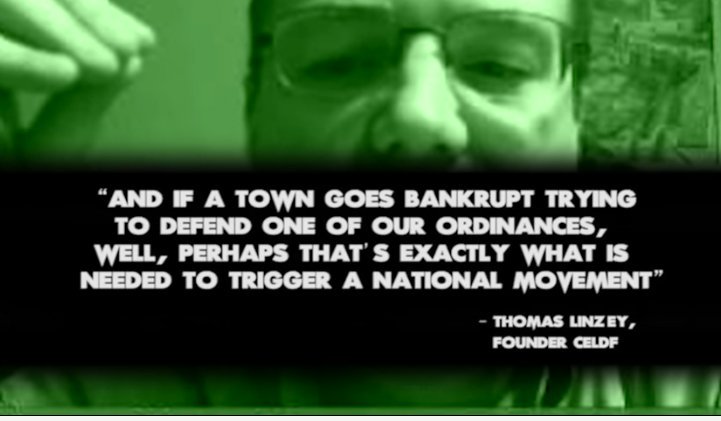 It’s a never-ending cycle with the Community Environmental Legal Defense Fund’s unwillingness to accept defeat over the constitutionality of its far-reaching “Rights of Nature” initiatives. Almost exactly one year after Toledo voters eked out a ballot measure to enact the Lake Erie Bill of Rights (LEBOR), a federal judge has ruled that very passage invalid.

“This is not a close call. LEBOR is unconstitutionally vague and exceeds the power of municipal government in Ohio.”

A day after the February 2019 special election, farm owner Mark Drewes filed a lawsuit challenging the legality of LEBOR and quickly garnered support from the Ohio Farm Bureau. The suit claimed the citizen-led referendum would present farms, such as Drewes Farms, with massive liability for farm’s fertilizer practices because they cannot guarantee prevention of all runoff from entering the Lake Erie watershed.

Drewes argued that his fields’ fertilizer dosages are already in compliance with Ohio state law, the filing says, and the LEBOR ruling would put the 5th generation family farm at severe risk.

“It is as clear today as it was one year ago that LEBOR was invalid and counterproductive to the real measures being taken for clean water in Ohio. We commend Mark Drewes for taking on this battle on behalf of farmers throughout the Lake Erie Watershed and we appreciate Judge Zouhary’s thoughtful verdict on this important issue. We hope this decision can place the focus back on the efforts Ohio farmers are making to be part of the solution to water quality challenges.”

This bill also faces significant challenges at the state level. Amanda Ferguson with the Ohio Attorney General’s environmental enforcement division said in the state’s perspective, Toledo’s power would be overreaching state authority, as the State of Ohio has constitutionally protected rights in ownership of the lake.

Although the Toledo lawsuit was filed in response to concerns from farmers and fertilizer runoff, CELDF has pushed similar initiatives across Ohio and in other states using oil and natural gas as the primary target to push its agenda. Founder and Executive Director Thomas Linzey’s clearly laid out this agenda in a 2015 speech:

“If you are going to put all that work into a ballot initiative, why not do a ballot initiative that bans all finance companies in New York City from funding new projects that exasperate climate change? Why not do something real…why not do something real…cause people are saying to themselves, ‘it would be illegal, it would be unlawful, it would be unconstitutional, because you are taking their property’ well..(expletive), it’s time.” (emphasis added)

As a result of the continued push regardless of its legality, in Youngstown alone, taxpayers have voted against CELDF’s measures nearly a dozen times. As Reuters reported:

“Linzey says his goal is not to write local laws that are popular, or stand up in court, but rather to trigger a public debate about community rights to local self-government – even if it means a community ultimately falls into financial ruin.”

A year ago, U.S. District Court Judge Susan Baxter ruled against Grant Township’s (Elk County, Pa.) claim for taxpayers to pay for the township’s legal fees during its attempts to ban a Class II injection well. In 2018, Judge Baxter even called out CELDF lawyers:

“Attorneys Linzey and Dunne have pursued certain claims and defenses in bad faith. Based upon prior CELDF litigation, each was on notice of the legal implausibility of the arguments previously advanced…”

“Despite their own prior litigation, CELDF and Attorney Linzey, in particular, continue to advance discredited arguments as a basis for CELDF’s ill-conceived and sponsored [Community Bill of Rights], and in doing so have vexatiously multiplied the litigation of this matter.”

As EID has covered at length, CELDF’s constant battles (and losses) have become exceedingly burdensome for taxpayers. This ruling is just another loss to be added to the list of court challenges overturning LEBOR measures. We’ve been down this road before, but it seems as if CELDF refuses to give up – no matter the cost.