The “Bomb Cyclone” (really, that’s the technical term) that’s bringing a blizzard and whiteout conditions to Colorado’s Front Range has caused businesses, schools, offices and government buildings to all shut down.  But there’s one notable exception: the Colorado State Senate.  While the House did not hold business today due to inclement weather, the Senate continued to move forward with politically charged legislation, including its sweeping overhaul of Colorado’s oil and gas regulations, SB 181.

We’re forecasting rain turning to snow in the AM, but this seems irresponsible b/c of the daylong forecast. Open for business means committees are still meeting. You’re either forcing people to venture out to testify or you don’t want them to be able to. #coleg #copolitics https://t.co/lsWWV3R1jY 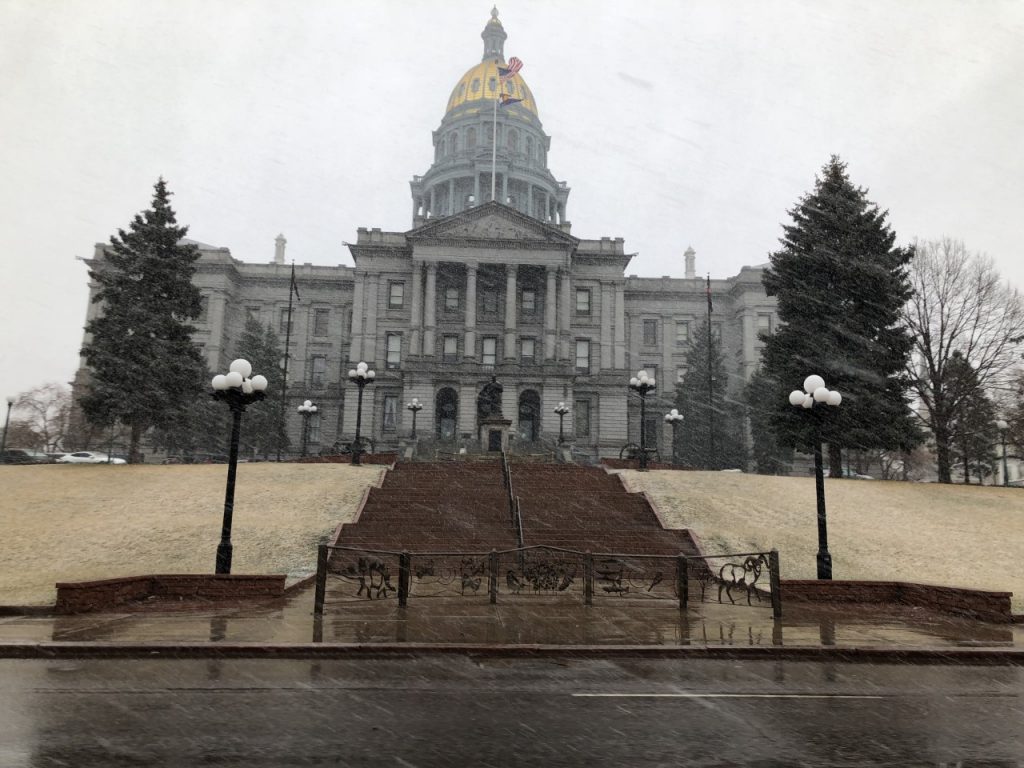 The Senate officially voted to pass SB 181 this morning. The bill expands the discretion of the Colorado Oil and Gas Conservation Commission (COGCC) Director, increases authority of local governments to regulate the industry and reprioritizes the mission of the COGCC.

Last night at around 9 p.m., last minute amendments were put forward by Majority Leader Steve Fenberg and were adopted.  Here’s a brief synopsis of what each would accomplish, according to Fenberg’s floor comments:

Could SB 181 have final approval within three weeks of its introduction?

Next stop will be the Colorado House, where SB 181 is considered to have an even easier time getting passed.  The first hearing could be scheduled for as soon as tomorrow, with the legislation heading to Governor Polis’s desk by the end of the month.

Remember, at the beginning of the process many were criticizing the speed by which Democrats were pushing the bill through.  Co-sponsors KC Becker and Fenberg dismissed these concerns by claiming there was plenty of time for stakeholders to weigh in during the hearings and debates necessary before final passage.  Indeed, SB 181 saw three separate hearings in the Senate and three separate floor readings—all within just over a week.

The bill will have to endure the same process in the House, but isn’t expected to face much resistance.  So in essence, what Democrats are calling the most comprehensive overhaul of regulations Colorado has seen for 50 years can theoretically pass through the entire state legislature in just over two weeks.

As EID reported, all the movement in the legislature is happening at a time when concerns are beginning to mount about what the actual impact of SB 181 will be.

The REMI Partnership released a report this week that outlines some of the potential economic consequences associated with SB 181:

“According to the nonpartisan staff of the Legislative Council, Senate Bill-181 authorizes restrictions up to and including ‘an outright prohibition of oil and gas development.’ But the fiscal note accompanying the bill does not attempt to quantify the economic and budgetary impacts of such a prohibition or other restrictions made possible under the legislative language of SB-181.” [Note: the ‘outright prohibition’ language was later removed from the fiscal note and its inclusion was deemed ‘unfortunate’ by the Legislative Council.]

The report looked at two separate scenarios, based upon how restrictive the COGCC decides to be in its additional discretion to issue permits before all rulemaking is completed. From the report:

As EID reported, the fiscal note does not include many of the potential and residual economic impacts of SB 181 because it didn’t analyze them.

So, in the middle of an historic blizzard, the Senate was virtually the only government entity still open in Denver.  It just goes to show how determined they are to get this bill passed before anyone can get a handle on how it will impact the State of Colorado.