The Pennsylvania Department of Environmental Protection (DEP) has  released the results of its investigation of alleged methane migration in Franklin Township, Susquehanna County. DEP’s findings confirm what initial isotopic testing conducted by WPX Energy showed: nearby natural gas development is not responsible for methane in three private water wells in the township.

The DEP statement continues with greater details of the testing conducted:

“Additionally, agency staff evaluated information from a nearby mobile home park public water supply file relating to the its abandonment of a water source in 1998 due to elevated levels of methane, chlorides and TDS. The mobile home park is located approximately 2.3 miles from Franklin Forks, and this water well exhibited similar water chemistry to that of the three residential water supplies being investigated.

“The owners of the private water wells affected by this investigation have been notified of DEP’s determination.”

WPX Energy, the natural gas operator whose well sites were the subject of the of the investigation, has also issued a statement.

“WPX is pleased that DEP’s investigation has shown that our operations were not responsible for any methane migration issues in Susquehanna County. We commend DEP for its diligence and the scientific approach used in their fact-finding effort.  WPX takes our commitment to the communities in which we operate very seriously and as a result we employ strict environmental protocols that often exceed state regulations. This approach has enabled us to develop our acreage without negatively impacting Pennsylvania’s water resources or the unique environment of which they are a part. We are proud of our successful record in Pennsylvania and we strive to improve it each and every day.”

The investigation corroborated that the methane in the three families’ water supply wells is a pre-existing condition in the groundwater of Franklin Forks and is not associated or attributable to gas well drilling activity, hydraulic fracturing, or operational activities at the Hollenbeck or DePue natural gas well pads. Here’s some of the science that was used to draw that fact-based conclusion:

Despite activist claims to the contrary, well integrity diagnostics for the natural gas wells on both the Hollenbeck and DePue well pads reveal good well integrity and no mechanism for gas migration from any of the wellbores. 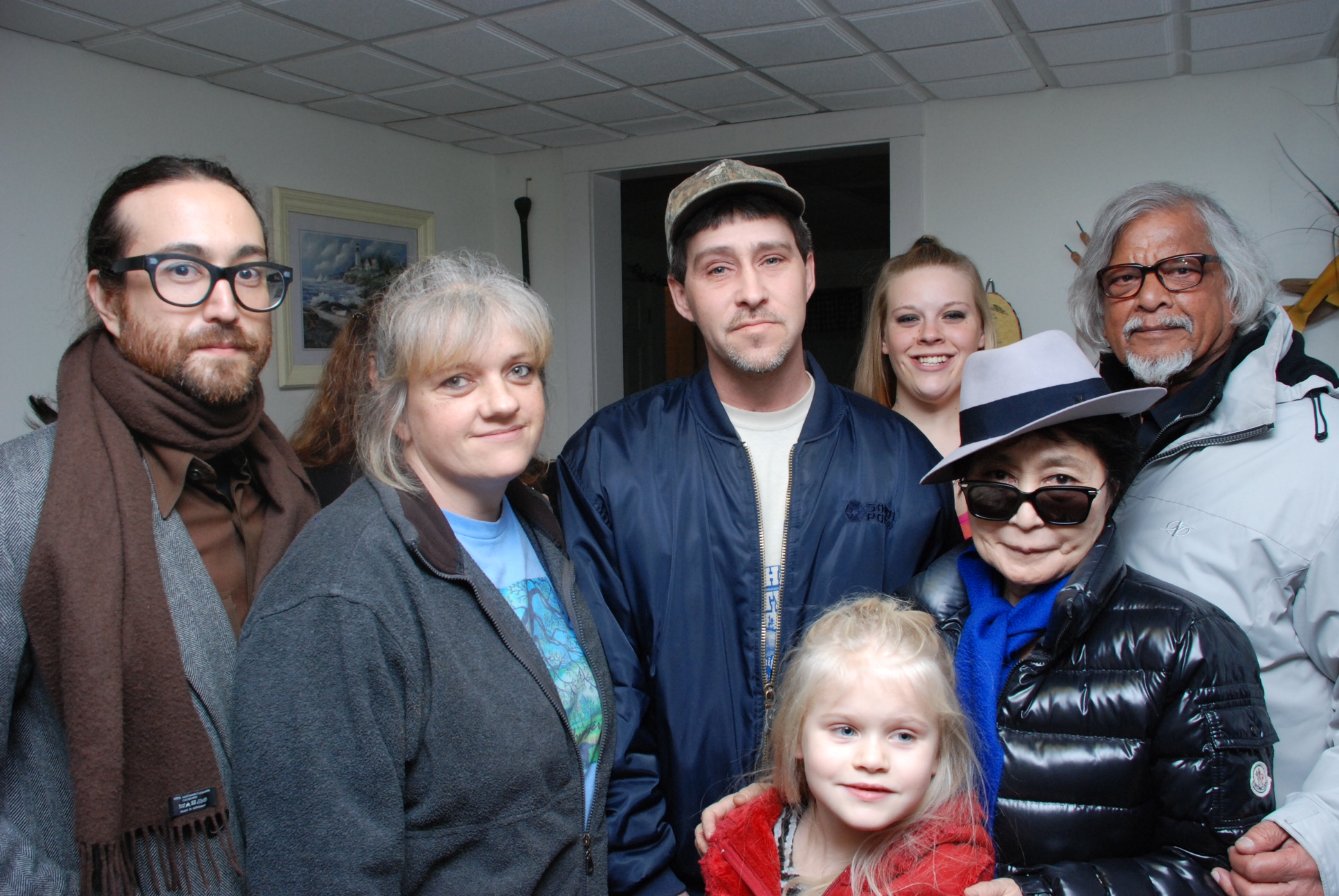 Yoko Ono and others meet with the Mannings

This alleged contamination was covered by various media outlets. On a national level, Bloomberg News has written about the Mannings’ role in the “fracking debate,” and the Associated Press wrote a story following a recent tour of the area by Yoko Ono. More locally, we’ve seen coverage in the Scranton Times Tribune, the Times Leader and many other outlets in northeastern and north-central Pennsylvania, as well as in upstate New York.  Most, if not all of these, will hopefully complete a follow-up story informing readers of the final findings. A few already have, including Bloomberg, the Washington Times, the Scranton Times Tribune and WBNG.

Of course, last Friday local professional activists brought a group of New York senators on a tour of the area, which included a stop in Franklin Township. Will those activists — because they’re interested in the truth, right? Right? — follow up with these elected officials and inform them of DEP’s final findings? Will they send letters to each of the New York municipalities, where the Mannings and their activist friends have visited to make sweeping claims of contamination — all conveniently before DEP’s final investigation? Will they admit WPX (and EID) were correct from the beginning?

Only time will tell, but one thing is clear: the water wells in question in Franklin Township contain methane consistent with historic methane, which has been documented in the area since the 1800s. Natural gas development is continuing to benefit the region, and it should be reassuring for everyone involved that such development is not having the deleterious impact that some have unfortunately claimed.