Desperation Starting to Set in for Shale Opponents

Roughly a year ago, the Committee to Ban Fracking in Michigan began its second attempt to convince voters in Michigan that it’d be a good idea to stop developing oil and gas in our state. Of course, this would have the effect of halting any chance at good paying jobs, increased tax revenue and contributions to the Natural Resources Trust Fund as well. The group’s first pass attempt came up short, so they’ve decided to change tack.

The first time around, the notion was put forth that the process of fracturing a well was an untested, end-of-the world scenario on par with Godzilla arriving on our shores and wreaking havoc in the land. In the end, that dog proved unable to hunt. The plan now? To re-define the term “hydraulic fracturing” to mean anything at all they don’t like about any aspect of the development process. Too much traffic on the road? Blame fracking. Shortage of new trucks at the dealership? Fracking’s fault. Lions missed the playoffs again? Well, guess what’s responsible for that? 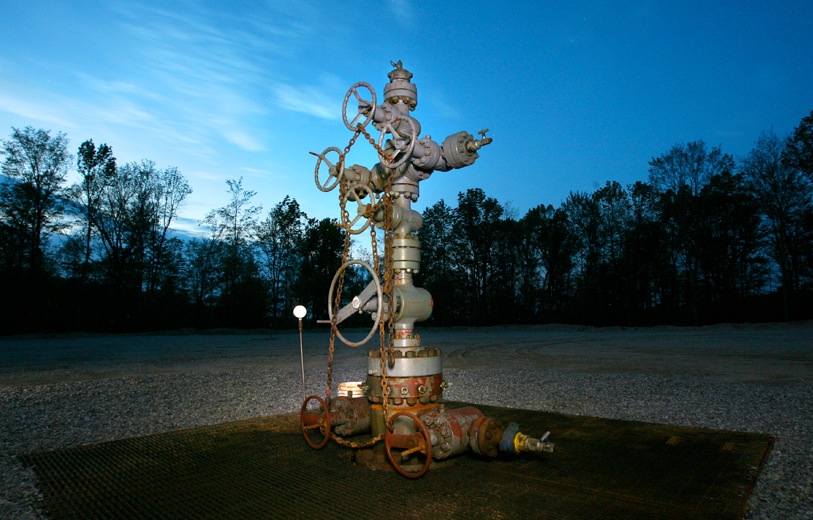 Having attended several public information meetings on oil and gas development in the last few months, I’ve heard more than my fair share of negative assertions put forth by opponents of natural gas development. Some of the concerns are legitimate, of course – everyone (industry especially) wants to make sure that the process is being regulated properly and that the appropriate safeguards are being used to protect land, air and the environment. Other concerns, though, are pure invention – stuff you couldn’t even make up if you tried.

Of course, for some activists, no answer to any question is ever sufficient – even if it happens to be delivered by scientists and engineers whose very job it is to protect the environment. A couple weeks back, I was up at a meeting in Traverse City when a question was directed to MDEQ on the process and staff commitment involved in monitoring and inspecting oil and gas wells in Michigan. The DEQ official answered her question directly and substantively. But before he could even finish, the questioner interrupted to blurt out that DEQ “was bought and paid for” by the industry. Obviously, she really didn’t have much use for the answer, did she? Although these folks obviously represent the outer fringe, the fact that they continue to be quoted in mainstream newspapers as if they were constructive participants in this debate continues to baffle me.

Another example: When asked how many water wells in Michigan have been contaminated by the use of hydraulic fracturing, another group of natural gas opponents at a meeting in Manistee came back with the suggestion that the number was “about 100.” Asked where they came up with that, they didn’t have a whole lot to say.  Of course, when I mentioned that the folks from EPA and a bunch of other states — including our own – had actually taken a look at this charge and found it to be lacking merit, they were certainly surprised to hear that.

Just the other evening, at a meeting in Hastings, when asked if it is true that combustion of natural gas produces more water as a byproduct than is typically used in the hydraulic fracturing process, the reply that came back was: “That is a laughable suggestion.” Well, first-year chemistry students would be interested in that, given that it has long been known burning of any carbon and hydrogen based material will release the latter to be combined with oxygen and yield H2O.

These are absurd statements made by increasingly desperate people. When confronted with factual information, all these points are easily dismissed if someone is there to do it and has access to the citations, sources and third-party testimonials that corroborate the case. That’s one of the things I hope to help do as EID’s new Field Director for Michigan.  I am a retired educator and I look forward to doing some energy education out on the Hastings (no pun intended). As an educator, I also recognize the tactics often used by the opposition are deployed for the purpose of avoiding tough questions.

The faux outrage over the supposed damage to the environment, combined with insistence that we must drop all fossil fuels and make an immediate shift to renewables, is another trick employed by the natural gas opposition. 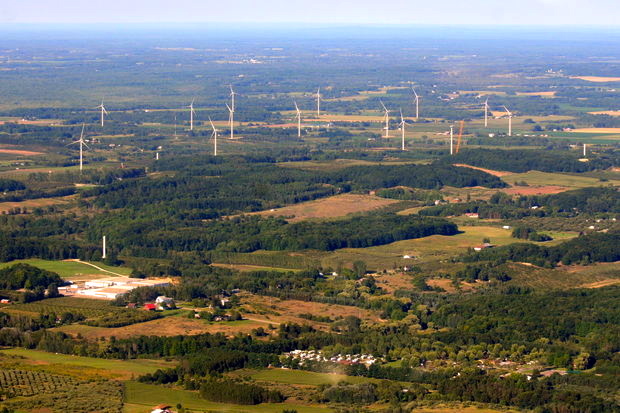 (and these are permanent structures, not temporary rigs)

One just has to visit the Mid-Michigan region to see the hundreds of windmills  that have sprung up. What is the cost in hydrocarbons used to plan these wind farms, build the manufacturing plants, gather and transport materials used to manufacture all the components, transport all the components to the assembly point, prepare the sub-grade, place the concrete pads, assemble the windmills, and connect them to the grid? I love wind just as much as the next guy, but how we can have a legitimate conversation about how and where we get our energy from without a full and fair accounting of the costs and benefits associated with each?

Truth is, any time you move dirt, the potential exists to adversely impact the environment. There’s risk involved in just about everything we do as humans. But the response to the reality isn’t to hide under our beds all day. It’s to put in place systems, processes and safeguards designed to minimize that risk as much as possible, and then responsibly manage what risk remains. This topic will be explored in greater depth in future posts but, suffice it to say, the opposition employs double-standards and exaggeration to make its cases.  Why? Because it’s desperate.

The mission of Don’t Frack Michigan is to work for a ban on Horizontal Fracking in Michigan. DFM will work through education, public meetings and actions, to achieve a ban. We will work with any group or individual toward that aim, regardless of their views on other issues.

Any group or individual? That reeks of desperation. These groups are abandoning any effort toward rational discussion about balancing the need for affordable, plentiful energy and protecting our environment, preying on ignorance and “feelings” of people, as opposed to the facts of the issue. As the debate over national security vs. privacy takes center stage in our country, our debate over hydrocarbons vs. renewable energy deserves the same type of pragmatic examination.  There is room for both.  Indeed, they naturally complement one another, just like natural gas complements renewables.  Only the activists opposed to development seem not to get it.

Unfortunately, this anti-everything industry seems content with throwing “hail mary” passes for now as their main offense. Having seen firsthand the 1970s gas lines and nationwide shock at the effect OPEC had on our daily lives, one wonders what the public’s  perception would have been if we had been told we have as much oil and gas in our country’s ground as the Middle East?  We have a lot of it right here in Michigan and we use a lot of natural gas.  Isn’t it time we ended this stupid game and started acting rationally?