Dimock No Longer Boxed In!

Finally, at long last – justice.  The Dimock saga comes to a blessed end with an announcement from Cabot Oil & Gas that the Pennsylvania Department of Environmental Protection (DEP) will lift the moratorium on the nine square mile area of the community (the “box”) so the company can finish developing well pads and units in the small bucolic town.  Readers of this blog will recall the appeal, last year, of resident Esther Rayias to lift the moratorium.

Justice was delayed a bit when the EPA entered from stage left to play Act II, but the results of that fishing expedition didn’t  yield any catches for either the litigants or the special interest groups using Dimock as a fundraising mechanism or call to arms.

All that is prologue now. The DEP has finally drawn the play to a close with a brilliant Act III, bringing the whole fiasco to a conclusion.  It patiently waited for its facts to be vindicated and then delivered the news. 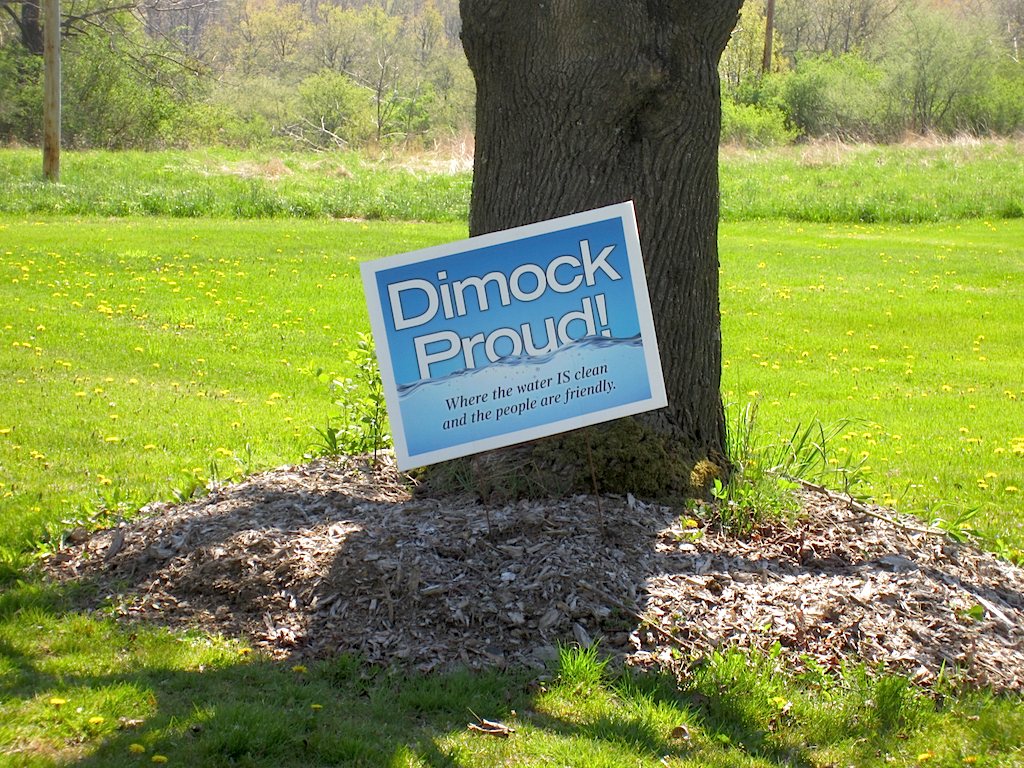 Here is what Cabot announced today:

Cabot is pleased with the DEP’s decision to allow the completion and production of a number of natural gas wells in the Dimock area.  The Department’s announcement confirms that these wells are in compliance with all applicable environmental laws.  Cabot and the DEP have worked
cooperatively to reach this result.

This positive development is welcomed by the area landowners and our many community supporters.

After taking all the appropriate steps, Cabot will proceed with our operations to add these wells to the high-producing, clean energy output of Susquehanna County.

This happy  result, to be properly understood, needs to be viewed in the context of Esther’s appeal of last year and Ann Van Lenten’s follow-up.  Here’s some of what Esther had to say back then:

My name is Esther Rayias and I live with my husband in Dimock Township, Susquehanna County, Pennsylvania.  My two sisters and I own the farm which my family has owned since the early 1900′s.  Five years ago Cabot Oil & Gas came to us about leasing our property.  As my grandfather had leased to gas companies before, we figured it would give us some money to pay real estate taxes for a couple of years.

Imagine how we felt when we were told about four years ago that they wanted to drill for gas on our farm.  But we know that sometime things get in the way.  In March 2010, Cabot started a pad on which to drill the gas well.  My husband and I were thrilled as our daughter was getting married and we figured the money would come in handy.  But, being very practical, we wouldn’t spend money we didn’t have.   In April, 2010, along comes the moratorium on the 9 square mile area.  Of course, we were in the 9 square miles.  Our property has been torn up for approximately 15 months.

Here’s a few remarks from Ann’s post (one our most popular ever):

Jim and I are proud residents of Dimock Township in Susquehanna County, Pennsylvania.  We are the voice of the silent majority in Dimock and we would like everyone to hear “the other side.”  As landowners, we are acutely aware that, in April, 2010, the Pennsylvania Department of Environmental Protection (DEP) imposed a moratorium on natural gas development, by Cabot Oil & Gas Corporation, in a 9-square mile area of Dimock.  As a result of the natural gas development ban, over 500 families (us included) are being held back from collecting gas royalties because gas wells cannot be developed or completed by Cabot.

Dimock residents organized a neighborhood group called “Enough Already” to challenge an earlier proposal for a water line.  This group has, in turn, created the ENOUGH IS ENOUGH campaign. Dimock residents are tired of listening to negative propaganda about our town.  We are tired of having our gas leases put on hold (since April, 2010) because of 11 families that will not accept remedies handed to them – for free.  The ENOUGH IS ENOUGH campaign has included a petition asking the Department of Environmental Protection to lift the drilling ban imposed on Cabot. That petition was sent to the DEP on December 14th and we are hoping it will not fall on deaf ears.

Reading these appeals reveals the deep angst felt by Dimock residents prior to DEP lifting the moratorium. One can only imagine their relief, and that of the other affected residents, at this final moment. Now a community can move forward together, leaving behind the conflicts of the past.  It’s well past time.