The conference included a panel discussion on LNG exports as well as several mentions from key Colorado elected officials from both sides of the aisle.

The recent entrance of U.S. LNG exports into the global LNG market is still in its infancy and hasn’t yet unleashed its full potential. Prior to the U.S. shale boom, there were many U.S. LNG import facility projects in the works designed to supply natural gas and keep the lights on in the U.S. That was up until the discovery of the massive U.S. shale gas supply that has been unlocked by hydraulic fracturing over the past decade. Now, many of the existing U.S. import facilities built in the late 2000s are being converted into export facilities, with the Jordan Cove facility located in Coos Bay, Oregon, being just one example. Thanks to this project, Rocky Mountain natural gas supplies are set to fulfill the growing global demand for LNG and shake up the Asian LNG market.

“You have to be conscious of what’s going on in the global marketplace. The global buyers are looking for flexibility in supply and by being able to tap into both Rockies gas as well as western Canada sedimentary basin gas is a big deal for our customers and therefore is a big deal for us.”

Technological advancements in horizontal drilling and hydraulic fracturing technology has unlocked unconventional U.S. shale gas and reconfigured the LNG export market. Thanks to fracking, the U.S. is transitioning quickly to becoming a net natural gas exporter and is now positioned to become a top LNG exporter by 2020. Braddock explained how the Jordan Cove project is charting new territory in the global LNG market.

“We are part of what is meant to be the second wave, we are looking for customers. We have a certain number already in hand, Jordan Cove already has commitments for 50 percent of the capacity from two Japanese buyers, JERA Co. which is the largest buyer of LNG in the world, and ITOCHU a trading company which intends to be an aggregator and move gas to other smaller utilities in Japan. The key in moving forward for our project or any other project is in fact the markets, the markets have to send signals they want, and in our case because of the capital intensity of these facilities our particular project which includes a local pipeline is about $8 billion, we do need long term commitments and these commitments are a crucial underpinning for the facilities.”

In order for LNG export projects to move forward, full support and commitment from buyers is needed. In addition, the Federal Energy Regulatory Commission (FERC) will need to approve permitting for these projects. Last year when FERC rejected the Jordan Cove LNG project, Sen. Michael Bennet (D-Colo.), Sen. Cory Gardner (R-Colo.) and many other Western officials took a bipartisan stance in support of the proposed pipeline portion of the project. The Jordan Cove pipeline project is a key component in transporting natural gas from Colorado to the west coast to then make its way to the global LNG market, specifically the Asian market. 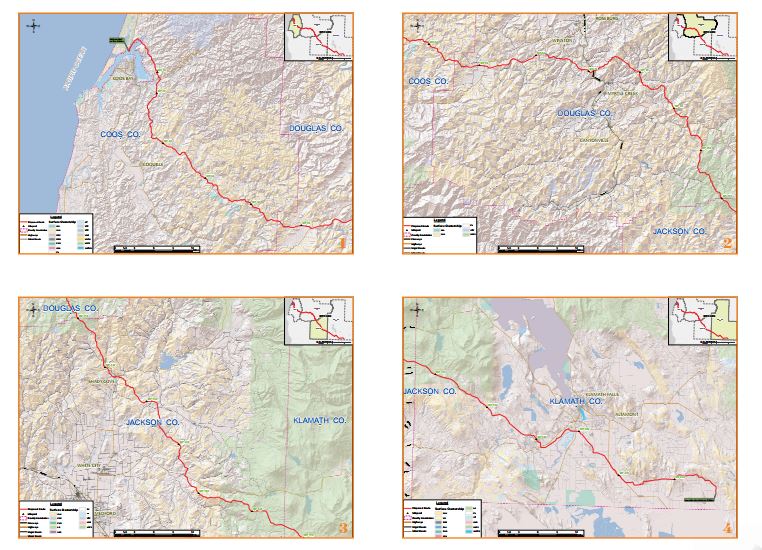 “We’ve got a lot of work to do to make sure that places like LNG exports [facilities], Jordan Cove and others, are open so that we can start moving these products from Colorado to around the globe.”

Bipartisan support comes from all levels of government. The Denver Post previously reported on Colorado Gov. John Hickenlooper’s support for Jordan Cove. “[T]he project terminal is the only LNG facility on the west coast that would directly link Colorado to new energy markets via the Ruby Pipeline,” Hickenlooper said.

The economic windfall for U.S. LNG export projects like Jordan Cove are set to make economic gains for communities in the West that are in need of an economic boost. Those gains are now within reach, as FERC granted a request for the pre-filing review process in January, which is now underway. The Jordan Cove project anticipates FERC issuing a decision on the applications next November.

“In the 2035 BP energy outlook from earlier this year, there was a conversation around what short term adjustments in the market is and what’s the structural shift – this transition to a low carbon energy future.”

Constantin continued with highlights of what the future of the LNG global market is set to look like.

“If you think of the world there’s optimism around global GDP growth, economic growth and there’s a big shift in China. China matters; it’s usually the Asian countries and developing nations who are usually the big sink for energy demand.”

As noted previously by EID, Australia is currently leading the way in supplying LNG to the Asian market. A key advantage for Australia is geographical proximity, but many see the U.S. bringing a competitive edge. 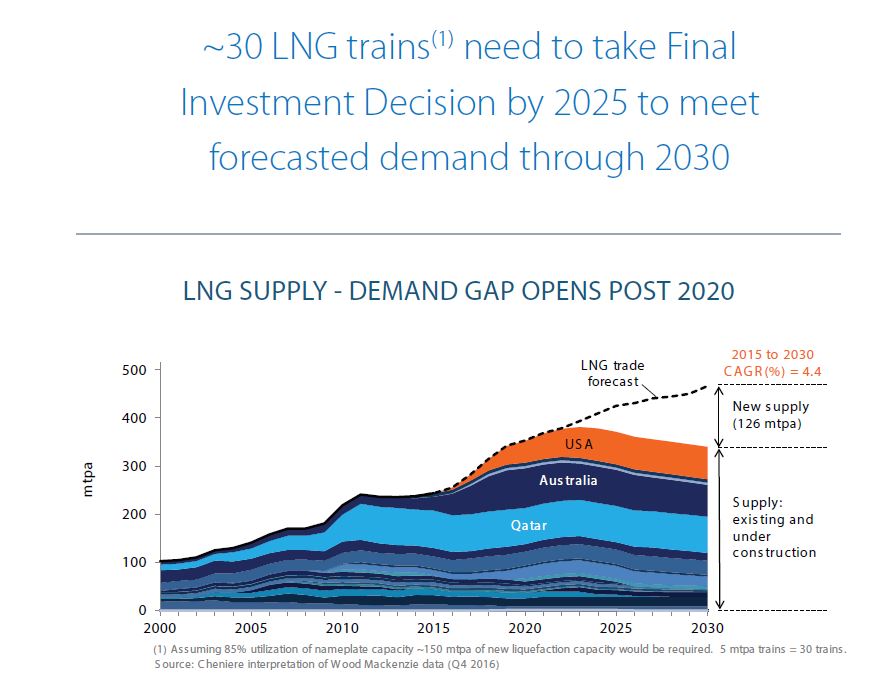 Constantin explained opportunities for the U.S. to become a strong competitor in the LNG world market and how U.S. LNG export projects can be taken to maturity.

“How robust is the population growth forecast, the energy intensity growth forecast, the power space where you’re going to burn a lot of natural gas, the industrial space? I think you can make a pretty strong case that you are going to see demand growth over time. We can debate how robust. We can debate how fast. Especially in light of all the energy efficiency, but this market is cyclical. Twenty years from now you want to have the have the big picture; is this going to be needed? I think a lot of us agree that fossil fuels will play a big role 20, 30 years down the road. So then it’s, can I be the low cost producer? Can I develop that project that’s going to be the cheapest and attract the investor and the customers? Because that’s how you stick to your financing and that’s ultimately how you make a ‘go’ decision.”

The promising forecast for U.S. LNG exports is predicated on large global demand growth and the abundant supply of U.S. shale, positioning the U.S. to soon become a world leader in LNG exports. A key component of this outlook is the Jordan Cove project, which presents an opportunity for the U.S. to take advantage of the geographical proximity of the west coast to break into the Asian LNG market.

The U.S. is on the cusp of becoming a world leader in the LNG export market, and thanks to projects like Jordan Cove, Colorado and other Mountain States will play a huge role in this exciting development.