EIA: Energy-Related CO2 Emissions Estimated to Have Fallen Significantly in 2020 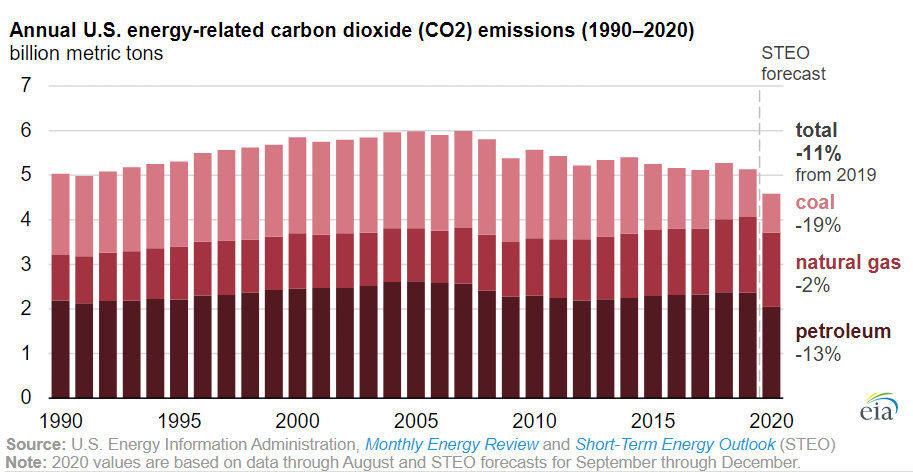 Energy-related CO2 emissions may have fallen 11 percent since 2019, according to new estimates from the Energy Information Administration. While the majority of these reductions are the result of the COVID-19-related decreased energy consumption in the power and transportation sectors, natural gas played an important role as well.

“Natural gas, which accounted for an estimated 36 percent of U.S. energy-related CO2 emissions in 2020, is consumed in several sectors. The electric power sector consumes the most natural gas of any sector, and EIA estimates that in 2020, although electricity consumption declined slightly, the use of natural gas to generate electricity increased.” (emphasis added)

Natural gas CO2 emissions are estimated to have fallen 2 percent in 2020, despite electricity generation from the fuel growing by 55,000 gigawatt-hours (GWh) in the first half of 2020 – 9 percent more than the first half of 2019. Natural gas made up the largest portion of utility-scale electricity generation (38.4 percent) in 2019, making its rise in prominence that much more impactful during times of crisis.