Summer natural gas prices are forecast to hit 20-year lows, according to the Energy Information Administration’s latest Short-Term Energy Outlook. The agency predicts an average natural gas price of $2.37 per million British thermal units at Henry Hub for June, July, and August – the lowest since 1998.

EIA explains that this price decline is the result of a mild start to summer weather that resulted in less natural gas-fired electricity generation and higher than expected U.S. natural gas production, allowing for more natural gas to be stored:

“Between April and June, cumulative net injections into underground storage fields have exceeded the five-year average by 41 percent, reducing the current five-year average deficit by more than 300 billion cubic feet.”

Thanks for increased natural gas production from shale, these price declines should benefit many residential, commercial and industrial consumers across the country – about 35 percent of U.S. electricity was generated using natural gas in 2018. 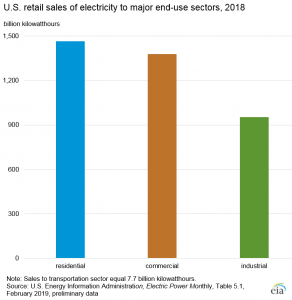 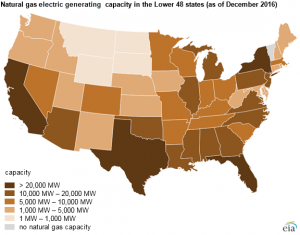 This could all change if summer temperatures in the United States are higher than forecast, as EIA explains:

“However, if summer temperatures are warmer than expected, electricity consumption, natural gas-fired electricity generation, and, ultimately, natural gas prices could be higher than forecast.” (EIA)

This weekend’s expected national heatwave will be one such test for prices. Much of the country is poised to ride out the above 90-degree temperatures comfortably, thanks to an abundant supply of readily accessible energy. However, in places like New York, where a blockade on natural gas pipelines has already had significant consequences, this lack of pipeline capacity has increased worries over fuel shortages during extreme heat and cold, since more than one-third of New York’s electricity-generating capacity is fueled by natural gas.

In fact, in New York City, utility companies have already issued warnings about what the heat and increased grid demand from heavy air conditioning use may mean for its customers: potential blackouts. According to Con Edison:

“We expect that there could be service outages. Those things happen during heat waves. Our crews are ready to respond. We are going to be prepared for this. It’s going to be intense.”

A similar heat wave that hit New York City in 2013 resulted in record electricity demand and scattered power outages. For perspective on how the upcoming heat wave could impact prices for New Yorkers, in July 2013 the state paid 51.8 percent more for electricity and consumed 14.2 percent more natural gas at a 1.7 percent higher price tag than national averages. 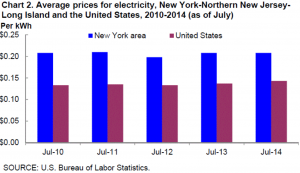 Shale is bringing affordable energy to U.S. consumers and beginning to deliver these benefits globally. But in places like New York, “Keep It In the Ground” policies continue to be felt hardest by consumers, despite the abundance of natural gas within the state’s borders. Hopefully, the upcoming heat wave won’t be yet another example of this.