EIA: U.S. Meeting Nearly All of Its Natural Gas Demand 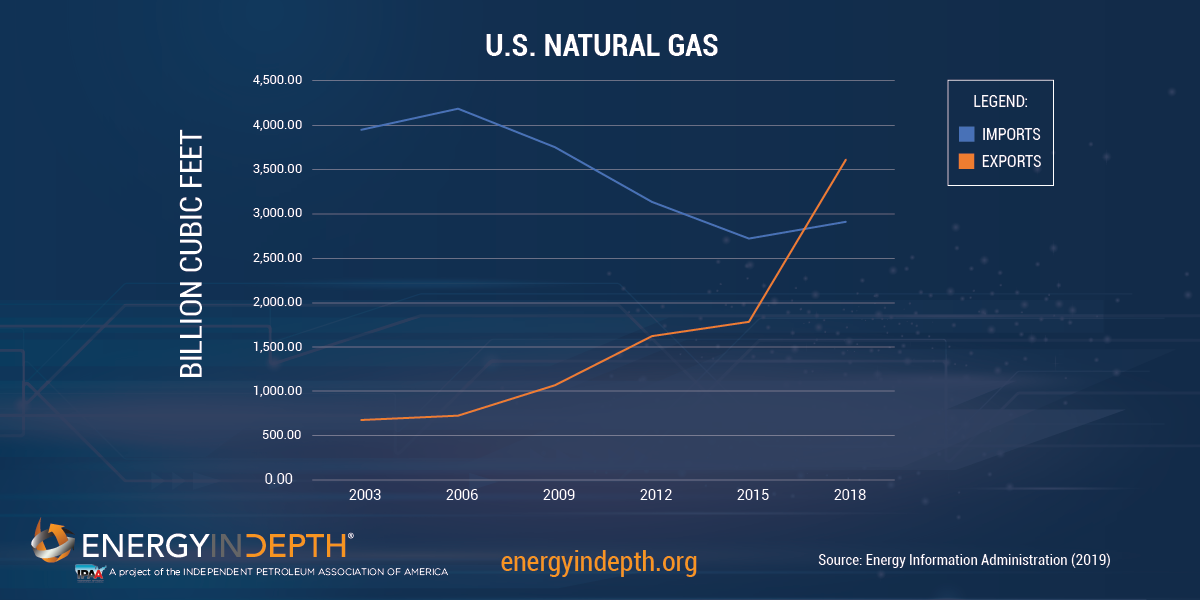 The United States is increasingly meeting its own energy needs thanks to American natural gas, new federal data show.

Ninety percent of the natural gas used in the United States last year was produced here, according to the Energy Information Administration. For the first time since 1966, the nation experienced back-to-back years where dry natural gas production exceeded consumption, as both domestic production and use reached record levels, EIA reported. Advancements in technology and drilling techniques have catalyzed, and fortified, America’s ongoing shale revolution, which has resulted in the United States establishing itself as both energy independent and energy secure.

Along with demonstrating energy independence, the United States has also positioned itself as energy dominant in the global sphere. In the late 2000s, the United States was importing close to 5 trillion cubic feet (Tcf) of liquefied natural gas while exporting less than 1 Tcf of LNG. However, the shale revolution has allowed America to reverse its natural gas trade deficit. In 2018, the United States broke its previous record and exported almost 4 Tcf of natural gas. Imports of LNG were around 3 Tcf, the lowest level since 2015.

Global use of U.S. natural gas and oil is set to continuing growing, reaching nearly a quarter of worldwide production by the early 2030s, according to Rystad Energy, whose CEO recently said:

“The world is so dependent on American production that if fracking were ever banned it would cause a global energy crisis… We cannot live without it.”

Natural gas consumed in 2018 was primarily used by the industrial and electric power sectors. Combined, these two sectors assumed responsibility for just under 70 percent of total U.S. natural gas consumption. Historically, the industrial sector has always required a large energy supply, and until recently, the bulk of the sector’s energy demand was met by burning coal.

Added use of clean-burning natural gas by the power sector has provided unprecedented clean-air benefits, as greenhouse gas emissions have fallen 12 percent since 2005.

This continued growth of U.S. natural gas use, and the benefits it generates, have come despite continued and increased efforts by “Keep It in the Ground” activists and politicians like those in New York who have enacted an energy blockade on pipelines that keeps American natural gas from reaching consumers there. Rising domestic natural gas production is bolstering the U.S. economy, cutting costs for consumers, and improving our environment and air quality.