This Wednesday, Utica Shale development was the hot topic of the quarterly Eastern Ohio Development Alliance meeting — an independent, nonprofit organization, promoting economic growth in the region.  The subject was fitting as the event was hosted at Pine Lakes Lodge in Guernsey County overlooking a producing Utica Shale well developed by PDC Energy.  The nearly 100 people in attendance were provided with a number of oil and gas related announcements as the region prepares for expanded oil and gas development. 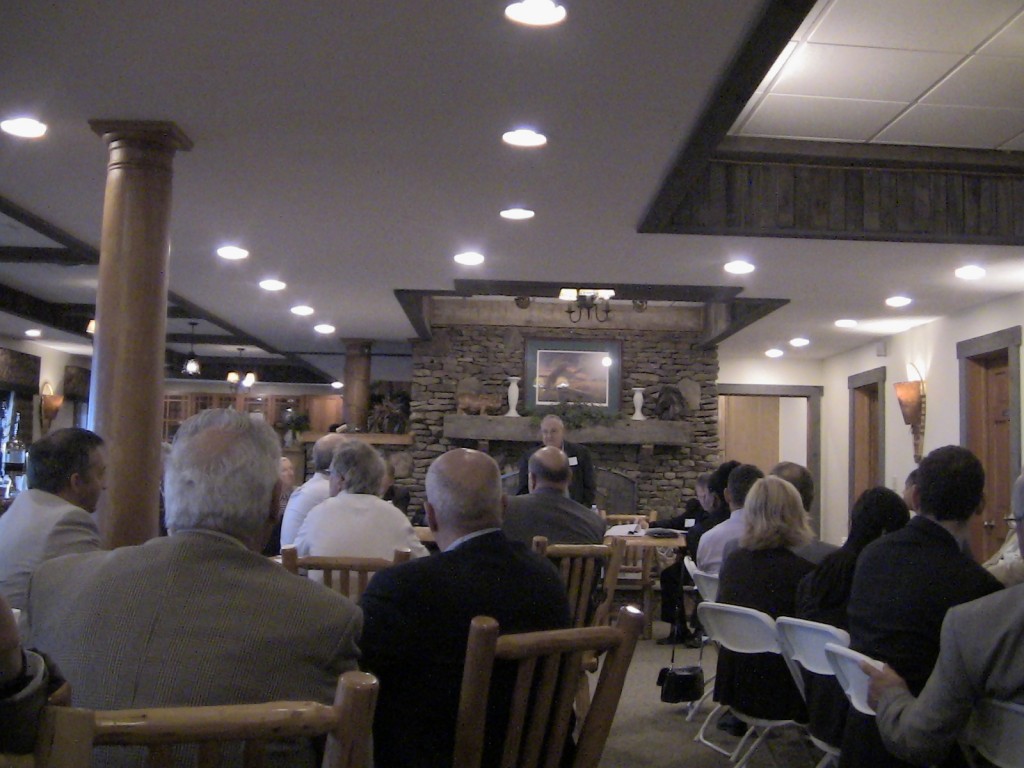 The Alliance consists of sixteen counties in Eastern and Southeastern Ohio including Athens, Belmont, Carroll, Columbiana, Coshocton, Guernsey, Harrison, Holmes, Jefferson, Monroe, Morgan, Muskingum, Noble, Perry, Tuscarawas, and Washington. The majority of these counties are seeing the great economic impacts increased oil and gas development is creating across the state and the nation.  From unprecedented investment by midstream companies to falling unemployment, Eastern Ohio is embracing safe and responsible shale development.

One person taking advantage of this development is board member Harry Eadon. The Executive Director of Tuscarawas County Port Authority, Mr. Eadon detailed the outreach of their Utica Shale Region Real Estate group that has put together a number of events to market commercial real estate in the region. The Utica Shale Region Real Estate Group has held events in Columbus, Canton and Pittsburgh in order to gain attention by commercial real estate brokers who may invest in the region, thanks to increased development of natural resources in the state.  The group also participated in an economic bus tour through Eastern Ohio with the Central Ohio Chapter of NIAOP to promote development in the region while giving the group tours of a well site, midstream facilities, and service companies participating in the Utica.

EODA is focusing their efforts to ensure they are promoting its member counties to exploration and production companies as well as companies who service them. In order to reach as many companies interested in locating in Eastern Ohio, the group has created a detailed website with listings of commercial properties listed by county available for those moving into the area due to the Utica Shale. Their proactive and welcoming approach to the industry shows that Eastern Ohio stands together in its support of the oil and gas industry.