At the proceedings of the CERA Week conference today in Houston, Environmental Protection Agency (EPA) Administrator Gina McCarthy completely flip-flopped on EPA’s position on the success of voluntary measures by oil and gas producers to reduce methane emissions.

.@GinaEPA on oil, gas voluntary efforts to cut emissions: “Those efforts have not been as successful as w/ other industry sectors” #CERAWeek

EPA’s own data show otherwise – they show a dramatic reduction in methane emissions as shale gas production has soared:

Let’s also not forget that in EPA’s last Greenhouse Gas Inventory, released in April 2015, the agency specifically credited a 38 percent drop in methane emissions since 2005 to voluntary efforts by producers.  From the inventory:

“The decrease in production emissions is due to increased use of plunger lifts for liquids unloading, from regulatory reductions such as reductions from hydraulically fractured gas well completions and workovers resulting from the 2012 New Source Performance Standards (NSPS) for oil and gas, and from a variety of voluntary reduction activities. The decrease in distribution emissions is due to a decrease in unprotected steel and cast iron pipelines and their replacement with plastic pipelines.” (emphasis added; ES-14)

“Since 1990, CH4 emissions from production of crude oil have decreased by 21 percent. This net decrease is due mainly to increasing voluntary reductions through Natural Gas STAR in the production segment.” (emphasis added; 3-58)

Voluntary efforts were also highlighted in EPA’s 2014 Inventory, which found methane emissions fell 16.9 percent since 1990, with field production emissions falling more than 40 percent since 2006.  As EPA explained then about the drop in emissions,

“The decrease in production emissions is due to increased voluntary reductions, from activities such as replacing high bleed pneumatic devices, regulatory reductions, and the increased use of plunger lifts for liquids unloading. The decrease in distribution emissions is due to a decrease in cast iron and unprotected steel pipelines. Emissions from field production accounted for 30.7 percent of CH4 emissions from natural gas systems in 2012. CH4 emissions from field production decreased by 25.6 percent from 1990 through 2012; however, the trend was not stable over the time series-emissions from this source increased by 24.9 percent from 1990 through 2006 due primarily to increases in hydraulically fractured well completions and workovers, and then declined by 40.4 percent from 2006 to 2012. Reasons for the 2006-2012 trend include an increase in plunger lift use for  liquids unloading, increased voluntary reductions over that time period (including those associated with pneumatic devices), and RECs use for well completions and workovers with hydraulic fracturing.” (ES-14)

What matters is not some arbitrary benchmark that’s higher or lower than a previous estimate.  What matters is the actual emissions rate and whether it is well below what is required for natural gas to provide climate benefits.

Scientists – and indeed EDF itself – have long noted that natural gas has significant climate benefits as long as methane emissions are kept under 3.2 percent. The best available science, including EPA’s Inventory and numerous studies by EDF, clearly show this climate advantage: 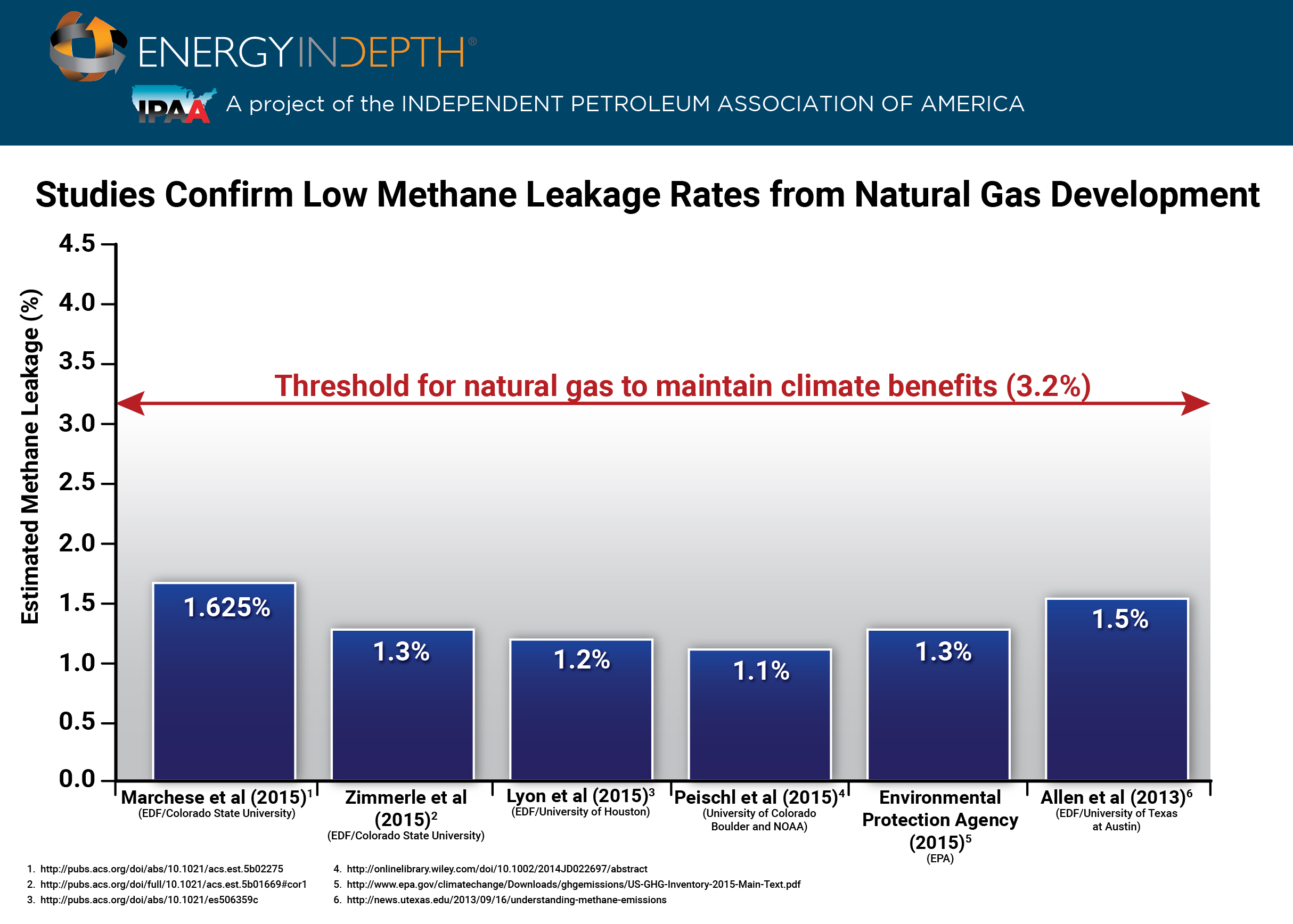 Further, even with slightly increased numbers in EPA’s 2016 Draft Inventory, natural gas systems still dropped from second to third place, behind landfills and enteric fermentation, on EPA’s list of largest methane emitters, as this chart shows: 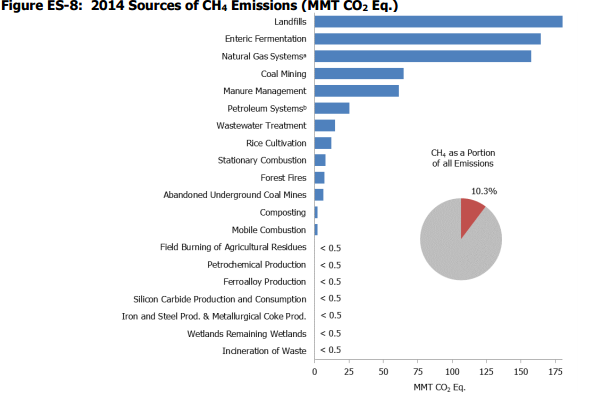 If anything, natural gas production, through fracking – and the voluntary measures put in place by producers – have done more to reduce greenhouse gas emissions than any other government scheme or regulation.  That’s why the Intergovernmental Panel on Climate Change (IPCC) has said that even taking into account methane emissions, natural gas, brought about by fracking, is an “important reason” for the United States’ significant decline in emissions.

Considering EPA’s flip flop on voluntary efforts; the fact that methane emissions from oil and gas production have dramatically declined; and that other sources are quickly outpacing natural gas systems for emissions, the question becomes: is this push for new regulations about reducing methane emissions or about attacking the natural gas industry?