“Using its Clean Air Act authority, the agency is issuing a 90-day stay of the fugitive emissions, pneumatic pumps, and professional engineer certification requirements from the 2016 rule. Sources do not need to comply with these requirements while the 90-day stay is in effect. EPA’s action is in line with President Trump’s Energy Independence Executive Order, which directed the agency to review the oil and gas rules.”

The action essentially signals the beginning of the end of the methane rule as the Obama administration drafted it. After being released last June, the New Source Performance Standards quickly drew criticism and numerous petitions asking EPA to reconsider key components of the rule. EPA sent a letter to petitioners in April announcing it was reconsidering certain aspects, and will now prepare a new proposed rule, to be preceded by a public comment period in the coming months.

EID has highlighted several times how the rule was a solution in search of a problem. 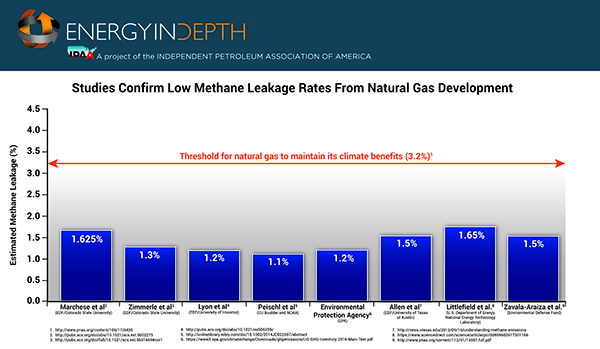 Remarkably, as American Gas Association recently noted, the amount of methane emissions per unit of natural gas produced has declined 46 percent since 1990, as the following AGA graphic illustrates. 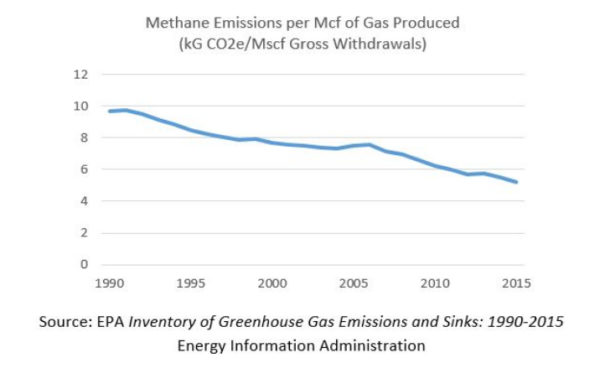 As the AGA recently noted, this data confirms that voluntary measures have proven effective, allowing for an unprecedented trend of economic growth along with greenhouse gas reductions.

“[T]he natural gas industry has decreased annual methane emissions and has a shrinking emissions footprint. As new wells are drilled and pipelines are replaced the industry has a natural tendency toward adopting new technology and better practices, all of which contributes to lower emissions.”

Fortunately, the EPA’s step to curb this costly and unnecessary regulation should go a long way toward ensuring the U.S. not only continues to lead the developed world in GHG reductions, but oil and natural gas production as well.