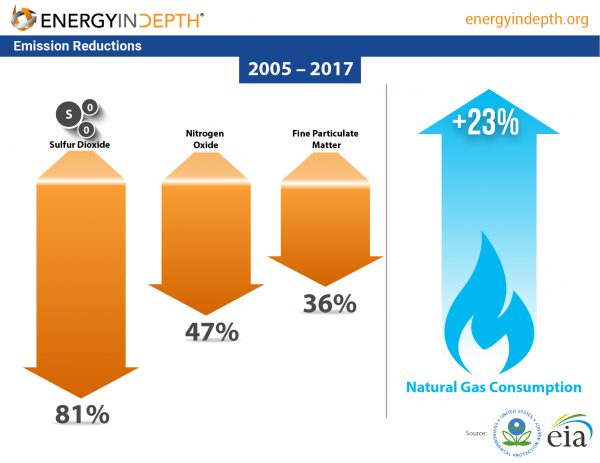 And though the report correctly gives credit to the 1970 Clean Air Act for initiating the trends detailed above, EPA’s rather cryptic acknowledgement of the shale gas revolution’s role in continuing this progress was lacking to say the least. From the report:

“The U.S. leads the world in having clean air and a strong economy due to implementation of the Clean Air Act and technological advancements from American innovators…”

Translation on that highlighted text: largely because of abundant natural gas, made possible by fracking.