#ExxonKnew: Despite Repeated Failures by NY AG, The Harassment Continues

Nearly three years after now former New York Attorney General Eric Schneiderman announced his official investigation into whether ExxonMobil misled investors and the public about the impacts of climate change, the company is still being forced to fight an endless fishing expedition for documents as one conspiracy theory after another gets knocked down. Recently, the company filed a brief opposing the New York Attorney General’s attempt to obtain even more documents from the company. 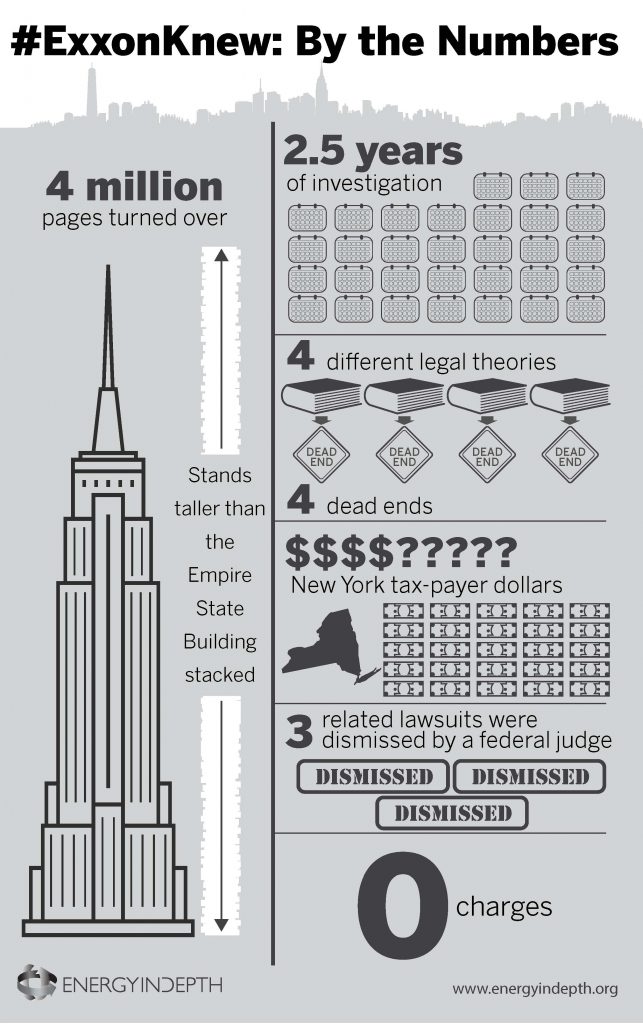