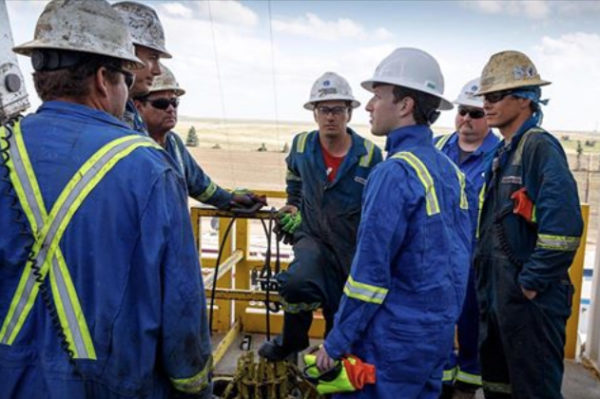 Although the renewable energy-touting social media kingpin arrived on a private jet (so cliché, so hypocritical), by all accounts, his visit was driven by a genuine interest in learning about an industry he new little about, and was distinguished by a general respect for the people working on the drilling sites that he visited (Mark Ruffalo, Yoko Ono, take note). As the Washington Post reported,

“Facebook founder Mark Zuckerberg this week became the latest celebrity to turn up and talk oil in North Dakota. But unlike most celebrity pilgrimages to fossil fuel regions, he came not to protest oil production but to mingle with the local workforce.”

Naturally, Zuckerberg took to Facebook for a post summarizing his visit, and his take on fracking was also anything but celebrity-like — it was reasonable and, at times, based on fact.

Though Zuckerberg certainly didn’t universally praise fracking, he called community around shale oil sites “fascinating.” He explained that workers flock to North Dakota “because these are good jobs where people with a high school diploma can make $100,000 a year.”

He described why many locals celebrated the opening to the Dakota Access Pipeline, contrary to the media narrative of widespread opposition to the project,

“When the Dakota Access Pipeline was approved, that removed $6-7 per barrel of cost from producing oil in the region, which brought more investment and jobs here. A number of people told me they had felt their livelihood was blocked by the government, but when Trump approved the pipeline they felt a sense of hope again. That word “hope” came up many times around this. One person told me the night the pipeline was approved, people lit fireworks and rode trucks with American flags down Main Street to celebrate.”

And he even stood up for oilfield workers,

“They believe competition from new sources of energy is good, but from their perspective, until renewables can provide most of our energy at scale, they are providing an important service we all rely on, and they wish they’d stop being demonized for it.”

Zuckerberg’s post was objective, refreshingly open-minded and cognizant of reality. But the backlash from hundreds of his followers from the anti-fracking movement Facebook helped create was, predictably, anything but. Here is just a sample of some of the more vitriolic comments actually fit to reprint on our family-friendly blog. 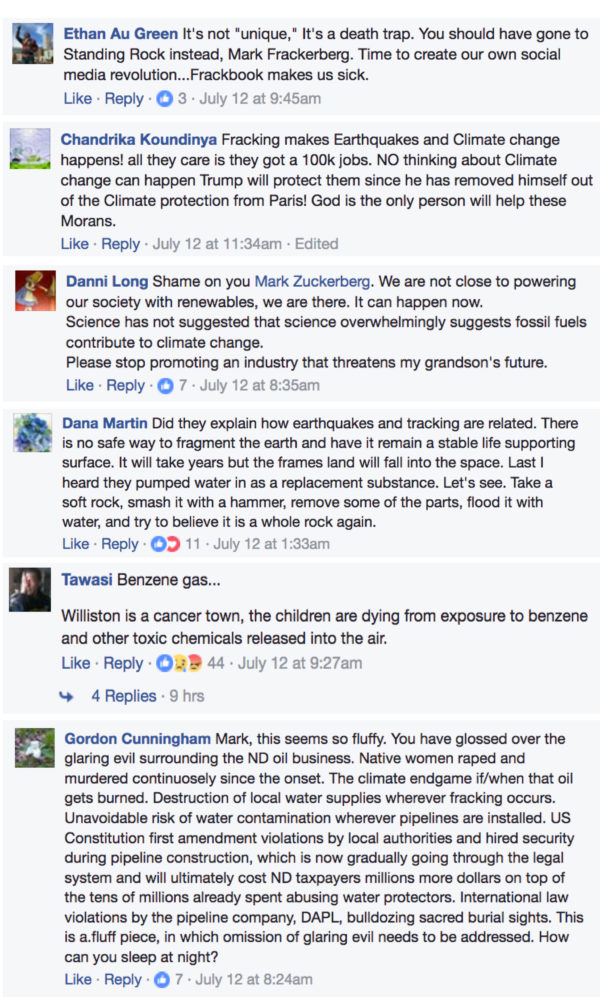 In his post, Zuckerberg asked his Facebook followers to “get out and learn about all perspectives.” Instead, many of them remained in their cyberbubbles, rehashing the same anti-fracking misinformation they probably read on Facebook.

Maybe if they would venture out from behind their keyboards for some firsthand experience like Zuckerberg did, they’d find what he did: A vital U.S. industry filled with hardworking people interested in providing for their families — and providing the energy their country needs.