The Federal Energy Regulatory Commission held a final scoping hearing in Oneonta regarding the Constitution Pipeline.  Things got out of control rather quickly as natural gas opponents continued to disrupt, obfuscate and threaten others in their desire to shut down anyone who might think differently than them.

Thursday night the Federal Energy Regulatory Commission (FERC) held a final scoping hearing on the Williams Constitution Pipeline in Oneonta, New York, Otsego County.  Several of the people were natural gas opponents who had also testified at one of the other three earlier public scoping hearings on the pipeline project.  Indeed, about half of the people who spoke last night had already verbally testified before FERC in different forums, had sent in written comments, or done both.  They obviously viewed the FERC meetings as targets of opportunity and took time away from others who hadn’t yet spoken and were incredibly rude when people in support of the pipeline tried to speak.  It was an exercise in unhinged intimidation. 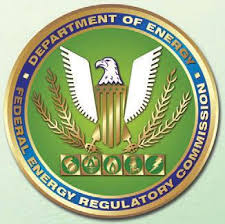 Several people said they had felt threatened at this FERC scoping session.  Supporters of the pipeline had come to the meeting to get their points heard, which they had not been able to do adequately earlier because of conflicting work schedules or simply because natural gas opponents had consumed all the time available with their repetitive testimony.   Anytime someone supporting the pipeline even opened their mouth they were booed, ridiculed and vilified by screaming protestors.  It was shameful.  Meanwhile, supporters of the pipeline sat quietly, acted politely and patiently waited for their turn to speak.

Notwithstanding the character of the meeting, there were some interesting developments, starting with the testimony of the The Mayor of the City of Oneonta, who was one of the first to speak.  He shocked everyone by stating he was against natural gas development, but then expressed his support for the Constitution Pipeline.  He told the audience what should be obvious; a natural gas pipeline does not, by itself, mean natural gas development in New York State.

The real story, however, is how the Mayor was treated by his anti- natural gas allies for straying from the party line and standing up for energy consumers and jobs.  Anyway, here’s the Mayor and notice how the crowd shifts from cheers (0:55) to jeers (1:08) in the space of 13 seconds.  It appears loyalty is fleeting, very fleeting, among natural gas opponents.  True believers don’t tolerate much dissent.

A natural gas opponent from Milford, New York, spoke against the pipeline. He told the audience he understood the pipeline would not even be running through Milford, but felt the need to talk about it anyway.  This, of course, took a spot away from someone who might be directly affected and who wanted to testify, a common thread throughout the hearing.  It’s a shame these hearings don’t get preference to directly affected parties or restrict testimony to one-time appearances, as DEC did with SGEIS hearings.

Another opponent and his wife both spoke separately.  They both had already testified in Afton.  The wife admitted much of her testimony against the pipeline had nothing to do with the actual pipeline.  When she finished her husband testified and admitted he wasn’t going to testify as to the science, but, rather, based on what his heart told him.  This took two more time slots away from anyone who wanted to offer fact-based testimony to FERC.

Another natural gas opponent complained about having signed a contract with Williams without reading it, after four years of all of New York State debating natural gas development, no less.  Many of us have empathy for a person who doesn’t know what they are getting into, but this individual openly admitted he hadn’t even read it and still claimed to have been misled.  It’s hard to sympathize with someone who signs before reading, but that’s apparently what this gentleman sought from the audience and FERC.

Another woman, seasonal resident retiring to the area, who had previously testified, this time argued children might dig the pipeline up because it may be buried as little as two feet deep.  She offered no evidence of this occurring else or being a serious threat based on decades of experience in the U.S. with natural gas pipelines, of course.  Are kids with Tonka trucks a threat?  One doubts it.

Well, let’s dig into the actual tax benfits the pipeline would bring to upstate New York State, articulated in explanatory materials from Williams:

The second person who spoke in support of the pipeline was so rudely interrupted it was nearly impossible for me to capture his remarks  He discussed jobs and the money our area would see from a project such as the pipeline. This, of course, produced hysterical screaming from natural gas opponents. FERC had to reprimand them on several occasions throughout the evening.  Watch the video below.

The third person speaking in support of the pipeline was Dick Downey, who often writes guests posts here.  He discussed the tax base and the money the school systems would realize if the project was approved.  He talked about how this would save the jobs of teaches.  He discussed the number of teachers and teachers aides cut last year because of the lack of funding available in upstate New York for education. He was also rudely interrupted by natural gas opponents hopelessly trying to intimidate him.

Unsurprisingly, Nicole Dillingham testified against the pipeline, employing her California law degree in an attempt to bully FERC representatives.  She works with Otsego 2000, a very well known anti-natural gas group.  She unconvincingly claimed there is a majority coalition against natural gas development and pipeline infrastructure.  Perhaps someone should tell her there are over 4.3 million residential natural gas customers in New York and many more heat their homes with electricity generated using natural gas.

Baseball capped Wes Gillingham, from the Catskill Mountainkeeper organization, screamed into the microphone and threw a fit over natural gas development, talking relatively little about the pipeline.  Pay particular attention to the demagoguery he launches at about 1:10, his anti-capitalism tirade at 3:00 and his crude remarks about Pennsylvania at 3:25.  Also, notice how not impressed the FERC representatives were.  Screaming at a government agency doesn’t boost credibility.  These folks see it all the time; same people, different venue.  But, they keep trying.

I brought a supporter of the pipeline out in the hall and asked him to give his take on the pipeline.  I knew if I waited for his testimony I would not be able to record it without it being interrupted. Watch what he had to say below.  It’s simple but compelling.

Let’s also consider some of the other facts getting lost in the circus atmosphere the FERC meetings have become.

Insurance, for example, was brought up on a few occasions Thursday evening.  Let’s see what Williams says about it.

“It has been our experience that insurance underwriters have not considered the presence of a transmission pipeline when determining the cost and coverage of property insurance.”

“A special construction plan will be developed in cooperation with the NY State Department of Agriculture & Markets to outline the steps Constitution Pipeline would take to protect organic farms along the construction route to ensure they keep their organic certification.”

Let’s also look at the safety of the project, a subject raised by several people at the scoping meetings. Visit here to read all the details.

“Interstate pipelines are regulated by the U.S. Department of Transportation’s Office of Pipeline Safety, which imposes a broad range of construction and operations standards. Constitution Pipeline Company has its own high standards for pipeline design, material specifications, construction, maintenance and testing.”

Impacts on property value is another issue that was raised by project opponents.

“Historically speaking, natural gas pipeline easements have had no measureable effect on property values. In fact, a 2001 national case study revealed no significant impact on property sales located along natural gas pipelines. The study also revealed that there were no significant impacts on demand for properties within the geographically diverse areas and that the presence of a pipeline did not impede development of the surrounding properties.”

So, when we get past the screaming, the rudeness and the bullying, and down to the facts, it’s clear the Constitution Pipeline will be safe, deliver important value to New York State consumers and assist with the economic revival of upstate New York Natural gas opponents there to intimidate FERC representatives and supporters of the pipeline, simply didn’t want to hear it. Their threatening behavior was, undoubtedly self-satisfying, but their lack regard for any opinions but their own is not impressive to the rest of the world nor will it carry the day.  Unhinged intimidation seldom does.