Peer-Reviewed Study Finds No Groundwater Contamination from Fracking in Ohio 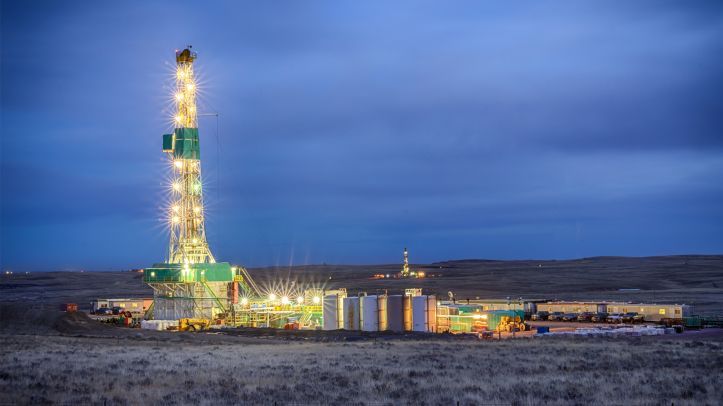 The first ever and award winning Utica Shale study to examine the root source of methane (CH4) linked to fracking has finally been published in a scientific journal. The long awaited multi-year University of Cincinnati (UC) groundwater study that found no impacts from fracking was finally published this week in the peer-reviewed journal Environmental Monitoring Assessment – more than two years after researchers first announced its findings. The study was also blessed by the Ohio Environmental Council in 2014 as their recipient for the “Science and Community Award.”

Notably, the study’s topline conclusions echo comments made by the report’s lead researcher and a master thesis that was uncovered by EID two years ago, stating:

“We found no relationship between CH4 concentration or source in groundwater and proximity to active gas well sites.”

“… our data do not indicate any intrusion of high conductivity fracking fluids as the number of fracking wells increased in the region.”

The study further highlights how incredibly important the publication of the findings are, given the fact that it truly is a first-of-its-kind, stating:

“[O]ur study is the first to characterize CH4 sources in groundwater in the Utica Shale drilling region of Ohio, and is one of only a handful of time series studies of CH4 concentration and associated isotopic composition in an oil and gas extraction area.”

While this study is indeed a first for Ohio, this is just one of more than two dozen studies showing that fracking is not a major threat to groundwater, and as EID has previously covered, the report’s now-confirmed topline conclusion is all-the-more noteworthy considering it was partially funded and orchestrated by anti-fracking groups. In fact, the study received over 18 percent of its funding from the anti-fracking Deer Creek Foundation. In other words, it should come as no surprise that the hypothesis was not supported by the facts of the data, and we applaud UC for acknowledging that point as well.

The researchers reveal in the study that:

“We hypothesized that CH4 concentration would increase as the number of shale gas wells in the area increased, with the isotopic composition of CH4 reflecting an increasingly fossil fuel derived natural gas source, and that pH of groundwater would decrease and electrical conductivity would increase due to the presence of acidic, salty hydraulic fracturing fluids in groundwater. We also predicted that groundwater wells located within 1 km of active shale gas wells would have elevated levels of dissolved CH4 with isotopic ratios reflecting a natural gas source, and that groundwater within this ‘active zone’ would have decreased pH and increased electrical conductivity.”

But the data collected from 25 water wells in Carroll, Harrison, Stark, Belmont and Columbiana counties between 2012 and 2015 simply did not support that hypothesis:

“Contrary to our hypothesis, we did not see an increase in CH4 concentration or change in isotopic composition of CH4 in groundwater in regularly monitored wells over the study period (Figs. 2 and 3), despite a large increase in the number of producing shale gas wells in our study area (Fig. 1). In fact, we saw a decrease in CH4 concentration in some of our regularly monitored wells, although the number of samples in our time series is relatively small. The low numbers of significant correlations indicate there may be natural variability in concentrations of biogenic CH4 in groundwater in our study area (contrary to our expectation).”

As EID has highlighted numerous times, it was at an anti-fracking Carroll Concerned Citizens meeting more than two years ago that lead researcher and UC professor Amy Townsend-Small announced the study’s findings, stating that,

But again to the authors of the UC groundwater study’s credit, they correctly reported what the data they collected indicated even though it was contradictory to their hypothesis. In fact the Ohio Environmental Council (OEC) stated,

“This innovative research study is examining the potential effects of hydraulic fracturing, or fracking, on groundwater in Ohio’s Utica shale. Led by UC geologist Amy Townsend Small, this first-of-a-kind project is testing for the presence of methane (the primary component of natural gas) and its origins in groundwater and drinking water wells before, during, and after the onset of fracking. Other studies have focused on water contamination only after fracking is complete. The project involves the gathering and analysis of water samples in eastern Ohio by UC graduate and undergraduate students.”

The study notes that just 115 drilling permits had been issued in Ohio when the study began in January 2012, and that 1,600 permits had been issued by the study’s conclusion in February 2015. Most of the 180 total samples were collected in Carroll County, which has emerged as the most-drilled Ohio county, seeing shale well counts increase from just three in late 2011 to 354 in 2015, according to the study’s master thesis.

The fact that the samples collected on a “voluntary” basis and based on “landowner interest” — translation: from landowners that were involved with Carroll Concerned Citizens or sympathetic to their efforts — further validates the study’s conclusion. And the findings really couldn’t be clearer: there was no evidence of groundwater contamination attributable to natural gas development in the study area. From the study:

“our data indicate that the dominant source of CH4 in groundwater in the Utica Shale region is biogenic, and that neither the CH4 concentration nor its source change with an increasing number of shale gas wells or with changing distance to shale gas wells.”

EID applauds the UC research team for not only (finally) getting this study published, but not deviating from the original conclusions reported more than two years ago. We now call for those who have claimed fracking is “poisoning” Ohio groundwater (we’re looking at you, Dennis Kucinich) to acknowledge scientific evidence and stop fear-mongering that is driven more by politics than the facts.