This week, Physicians, Scientists and Engineers for Healthy Energy (PSEHE) and Michael McCawley, the interim chair of the Occupational and Environmental Health Department at West Virginia University (WVU), released a study on the potential health impacts of noise pollution from oil and gas development. The study attempts to make a case for more stringent policies and regulations — including potentially increasing setbacks — despite finding no causal link between health impacts and oil and gas activities. In fact, the researchers actually acknowledge that:

“The majority of populations living in communities with active oil and gas development may not experience many of the dBA readings and estimates mentioned in this report, depending on the siting of oil and gas operations, topography, and infrastructure. Likewise, some communities may already take preventive measures with policies and practices designed to limit exposure.”

Here are some additional facts to keep in mind when reading this study.

Fact #1: A previous WVU study of noise pollution from oil and gas operations found no health threats and that the current regulatory framework is working.

Interestingly, McCawley participated in a 2013 WVU study on noise, light, dust and volatile organic compounds from horizontal wells, and that study found “there are no indications of a public health emergency or threat.”

“The average noise levels calculated for the duration of the work at each site, were not above the recommended 70 dBA level recommended by the EPA for noise exposure.”

As a result of the study, WVDEP concluded, “the existing regulatory framework provides a basis for implementation of requirements to minimize and mitigate human health and environmental impacts.”

Fact #2: The majority of equipment involved in the development of oil and gas is temporary.

“Many operations in various phases of oil and gas development produce transient and chronic noise… Some of these noises are intermittent, some are continuous, and many vary in their intensity.”

While there are some permanent infrastructure involved in the oil and gas process such as pipelines, compressor stations, and the equipment left on a producing well site — the bulk of equipment is temporary, meaning the noise generated by such equipment is temporary as well. The researchers explain this in the report, stating:

“Most UOGD activities are not permanent, so there may be less of a risk for cardiovascular health outcomes, which are associated with chronic and continuous noise exposure (e.g., living next to a busy highway).”

This is important to consider, because even if there is a perceived annoyance from nearby parties — the activity won’t last forever. In fact, it’s likely that particular annoyance will be very short-lived as different equipment and activities accompany different aspects of the process.

Fact #3: Researchers did not collect their own samples, and based their evaluations on outdated technology and time frames for well development.

By the researchers’ own admission, the data used in this study was limited and resulted in the need to make estimates in their analysis. From the study:

“Table 1 summarizes noise measurements and estimates from environmental impacts statements, reviews, and other reports. These findings are not necessarily commensurable, however, because of the heterogeneity of approaches and study systems across the reports (e.g., source of noise, measurement distance, type of oil or gas operations, etc.). Furthermore, some of the data contained in these reports are industry/consultant predictions and do not necessarily reflect actual field monitoring results.”

Additionally, estimates for duration of exposure from various activities were based on an outdated study from 2009 that claimed drilling a horizontal well took “four to five weeks of 24 hour per day drilling to complete.” In the seven years since that study was conducted, technological advances have reduced the typical well-drilling process to 10 to 15 days, while the average completion occurs in a week or less and the increased use of CNG and LNG equipment has reduced the noise levels for various stages, including drilling and hydraulic fracturing. As a result, many of the study’s suggested mitigation measures are already occurring across the country.

From the study press release:

“However, initial evidence suggests that policies and mitigation techniques are warranted to limit human exposure to unsafe noise levels from fracking. Policies can specify setbacks from residents and communities — in particular vulnerable populations such as schools and hospitals — noise mitigation techniques such as perimeter sound walls, and location siting decisions that make use of natural noise barriers like hills and trees.” 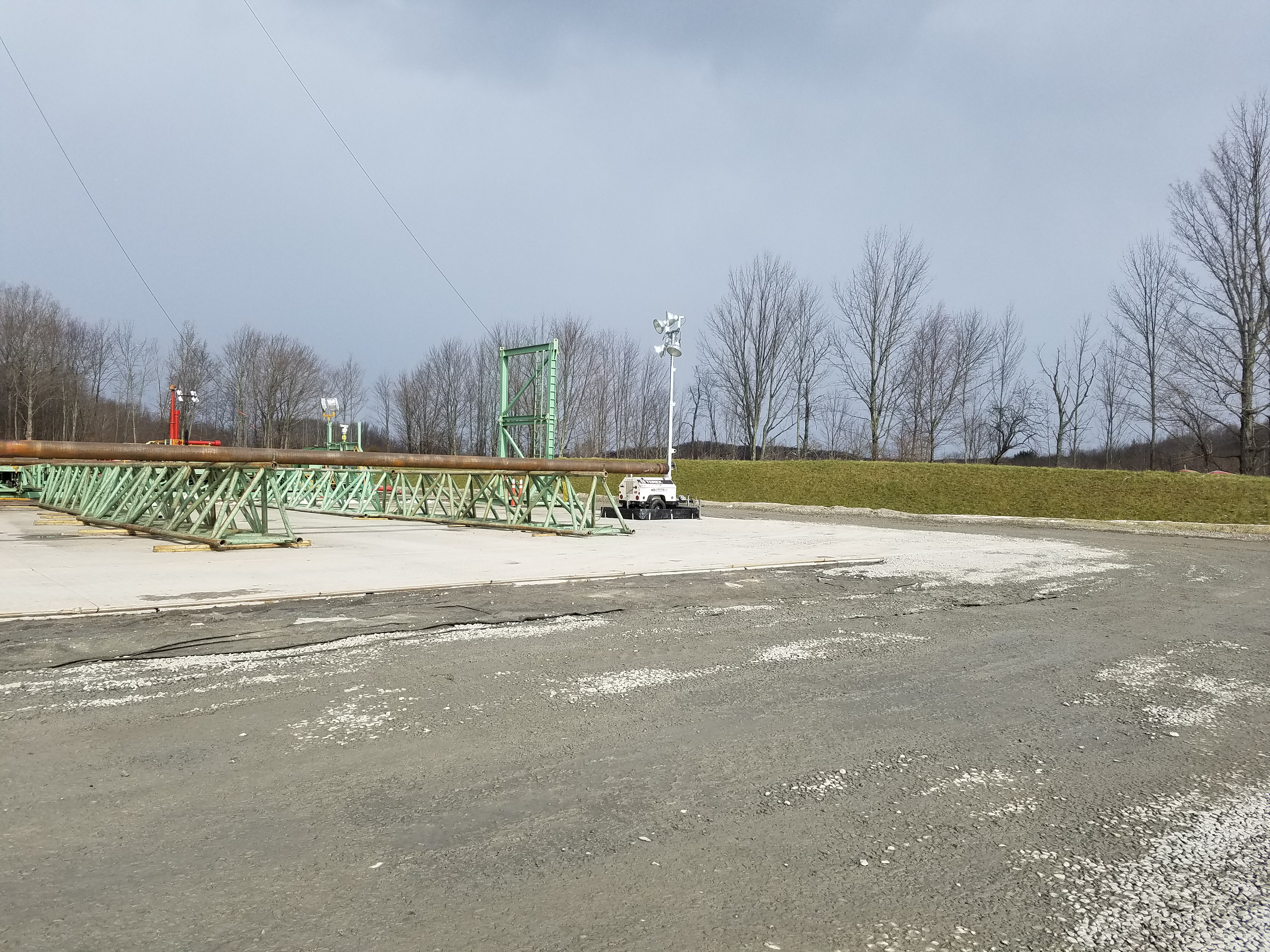 A well site owned by Cabot Oil & Gas in Susquehanna County, Pa., uses the topsoil removed during pad development as a sound barrier and berm for containment. This berm will remain in place until the site is reclaimed. Photo credit: Energy In Depth

Fact #4: By the researchers’ own admission, perceived harm from noise pollution is subjective.

As the study notes, one of the major issues with claims of harm from noise pollution that often appear in nuisance lawsuits is that,

As a result, according to the study, a landowner that leased land is less likely to experience issues than a neighbor opposed to oil and gas development:

“Due to the psychological dimension of noise exposure, the relationship between the source and the exposed individual can vary dramatically. While most of the epidemiology on noise exposure involves aircraft, road traffic, and railways, the dBAs associated with these sources are not necessarily transferable to oil and gas development for all health outcomes. Depending on the individual, levels of annoyance from noise exposure to oil and gas activities may be greater or less than levels of annoyance associated with road traffic. For instance, a landowner who has permitted oil or gas development to obtain production royalties may have a higher threshold for noise and/or annoyance than a landowner nearby without any economic incentive.”

The subjective nature of what constitutes noise pollution could explain why studies of health-related impacts from fracking have failed to actually link the process to health impacts. In fact, one study of hospitalizations near shale development in Pennsylvania mentioned in this PSEHE study actually found hospitalization rates remained stable in the most heavily drilled areas of the state, while the county with the most occurrences had no drilling at all. And in fact, data actually shows that increased use and development of natural gas has had positive health effects across the country.

This PSEHE study is just the latest in a long line of anti-fracking research designed to garner media coverage despite offering no causal evidence linking shale development to adverse health outcomes. In reality, the efficiency of the oil and gas development process continues to improve and data show fracking is protective of both the environment and public health.