Fracking Will Help Americans Ring in the New Year in Style

Millions of Americans will be ringing in the new year in style this weekend — thanks in large part to cleaner air, a brighter economic outlook and the many petroleum-based products made possible by fracking.

The more than 32,000 LED lights that light up the famous Times Square New Year’s ball wouldn’t be possible without petroleum. And even the fireworks that will be seen around the world as each time zone welcomes the new year are made possible the petroleum products created from fracking.

Increased natural has also led to dramatic declines in emissions of the most dangerous criteria pollutants. For example, the thousands of people who will pack into Times Square on New Year’s Eve will be able to enjoy the cleanest air New York City has seen in decades.

Americans can also celebrate the many economic benefits, greenhouse gas reductions and increased energy security made possible by shale development in 2016.

Everyone at Energy In Depth wishes you a healthy and prosperous 2017! 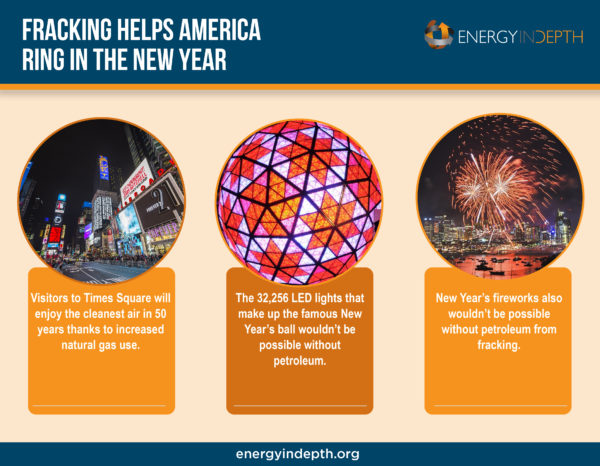