Dramatic growth in American energy production has reshaped world energy markets over the past few years.  U.S. shale oil – which was the world’s second most expensive oil resource a mere four years ago – is now the second most affordable source of new oil supply globally, trailing only the giant onshore oil fields of the Middle East, according to a recent Rystad Energy report. This shift is attributable to continued innovation, which has reduced production costs and helped shale become a competitive source of oil supply.

Rystad ranks the world’s recoverable liquid oil supplies by their breakeven prices, or the price that oil must be sold at to cover the costs of producing the resource. The report found that the United States had one of the most remarkable turnarounds for breakeven price in recent years. 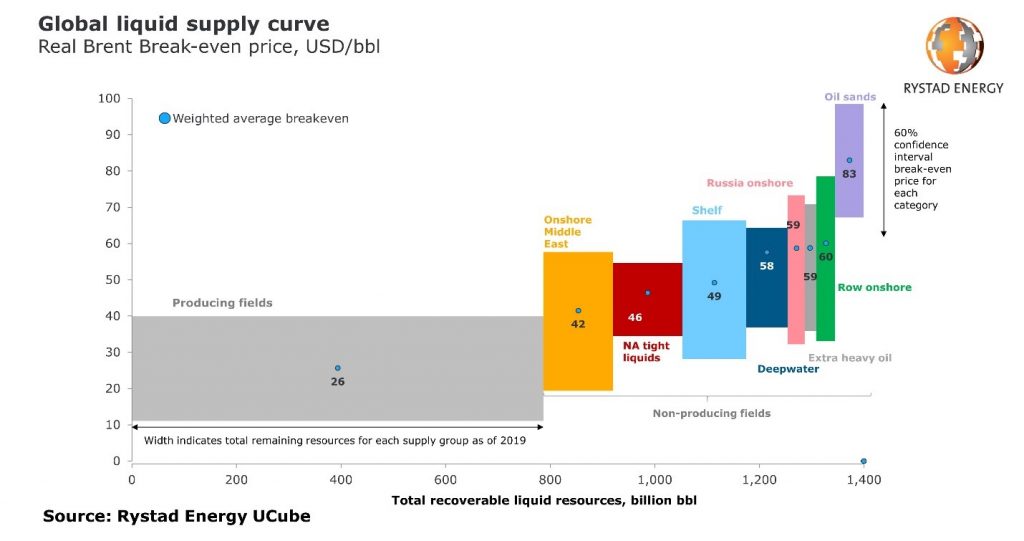 Secretary of State Mike Pompeo highlighted the importance of the technology and innovation that has made this possible during a keynote address for the CERAWeek by IHS Markit conference in Houston in March:

But what game is being changed?

Growth in American energy production has key implications for both world security, and the U.S. economy. Not only are American shale companies producing more affordably—they are also doing so at record levels. In 2018 alone, the United States nearly doubled its oil exports and is forecast to become a net energy exporter by next year. According to the Energy Information Administration, the United States exported 2 million barrels of oil per day, up from 1.2 million barrels per day in 2017.

Much of this production growth is coming from the Permian Basin of Texas and New Mexico, which is expected to increase production to a record-high 4.14 million barrels per day in May. According to government statistics, production is also expected to grow in other shale fields.

In fact, an analysis by Oxford Economics found that the U.S. extraction sector is poised to grow faster than any other industry this year. The research firm predicted that the oil, natural gas, and mining industries could grow up to 7 percent in 2019. This in turn will promote growth across a variety of other sectors and industries, including petrochemicals, transportation, and warehousing, all of which benefit from affordable energy. In Texas alone, the growth of hydraulic fracturing between 2009 and 2018 helped increase manufacturing output by 50 percent.

According to Energy Secretary Rick Perry, the growth of American energy has important impacts on world security. Instead of relying on energy from countries like Russia, America’s allies will have increased energy choice.

Energy is an economic lifeblood. As global demand for energy continues to increase, American production will play an ever more essential role in meeting the world’s need for oil. This is good news for the American economy and world energy security.