This week, the Harrisburg Patriot-News released a big series on natural gas development that mostly rehashed previously debunked claims (many by its own paper and many more by EID as well as others).

With a few notable exceptions, the series unfortunately opted for “the safe route,” simply rehashing a number of stories and activist testimonials that we’ve seen and heard before, which don’t really add a whole lot to the debate. In fact, questions about where this series was going were raised from the start when one of the series’ lead reporters tweeted her stories to anti-shale activist Erin Brockovich, but then quickly deleted it: 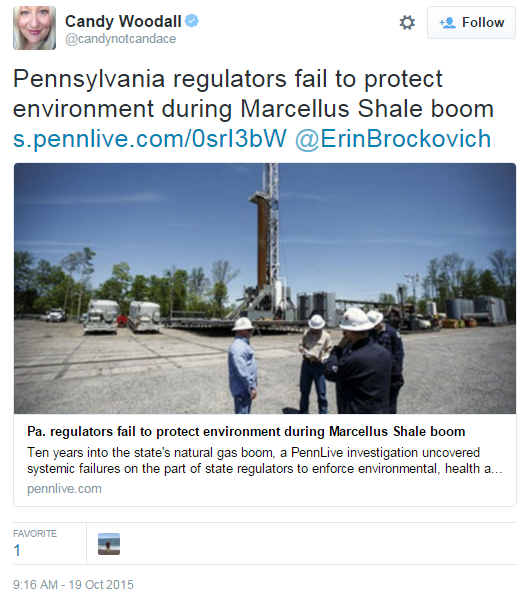 Let’s take a quick look at some of the big issues that the Patriot-News series either gets wrong, or fails to properly contextualize, given everything we know now about how shale has transformed Pennsylvania.

Fact #1: The Patriot-News talks a lot about operational violations, but never mentions that they’ve decreased significantly over the years as inspections and monitoring increased

Much of the reporting released this week focused on what the reporters viewed as a lack of enforcement by the Pa. Department of Environmental Protection (DEP), with headlines in the series proclaiming such sentiments as, “Pa. regulators fail to protect environment during Marcellus Shale boom” and “DEP aware of environmental violations years before fining Marcellus Shale drillers” and “DEP recordkeeping needs to improve, state officials say,” just to highlight a few.

At the core of all these stories is the assertion that violations were occurring in the field because DEP wasn’t issuing notices or fines for incidents when they occurred. But earlier this year, the Pittsburgh Tribune-Review found that the number of inspections conducted by DEP rose by 16 percent, while at the same time, the industry cut the number of violations by 25 percent. As the Tribune-Review reports:

“The decrease in violations among shale producers continues a five-year trend. Last year’s … violations were a third of what the industry logged in 2010.”

And, with an increase in application fees for new wells, DEP has hired more employees and conducted more inspections of oil and gas operations in Pennsylvania. So far this year, 10,472 inspections have been conducted at 5,167 facilities across the Commonwealth. Unfortunately, although this would seem to be a pretty important fact, there was no mention of this in the series.

Fact #2: The Patriot-News makes no mention of how Pa. regulations have been significantly strengthened, while industry best management practices have also improved

Another area the paper deeply neglects is the extensive changes made to Pennsylvania’s regulatory framework since the first Marcellus well was successfully drilled and completed in 2004. Sure, there’s one article on Act 13 that focuses on impact fees and the surrounding legal battles, but what about the actual regulatory framework and the steps industry has taken above and beyond what is required?

For example, when Act 13 mandated that companies had to conduct pre-drill tests on water wells within 2,500 feet of gas wells, most companies had already been testing to that radius and then expanded it even further. When DEP required three strings of well casing instead of two, many companies chose to go with four or more layers of steel and cement to protect groundwater. When DEP asked operators to stop using water treatment facilities that may not be equipped to handle increases in wastewater, Marcellus operators complied immediately and started a trend of water recycling that has led to more than 90 percent of produced water now being recycled – tops in the nation.

Fact #3: The Patriot-News has lots to say about water contamination, but it never mentions the now well-documented fact that it existed in the state long before shale came to town.

The Patriot-News also invested a lot of ink in highlighting alleged water contamination charges and perceived issues with water testing around the state. There’s even an entire article devoted to asserting that fracking had something to do with adversely impacting water wells in a community, despite acknowledging briefly that DEP determined that the contamination had nothing to do with hydraulic fracturing. According to DEP:

“The state DEP concluded that the benzene and cyanide found at the 61-year-old machinist’s well could not be linked to the fracking taking place a quarter-mile away. The DEP says an increase in demand for water stressed the local aquifer that supplies groundwater.”

Unfortunately, in none of these articles is any mention of how pre-drill testing and a number of recent studies have shown that issues with water quality in Pennsylvania existed long before any drilling took place. In fact, researchers at Syracuse University looked at more than 21,000 samples and found,

“exceedance of at least one water-quality standard occurs in 63% of water well samples in NE Pennsylvania and 87% in the Western area.”

It’s one thing to omit mention of the Syracuse study – but the exclusion of any reference whatsoever to the recent and ground-breaking study from the EPA that found fracturing technology has “not led to widespread, systemic impacts to drinking water resources” was even more disappointing.

In Pennsylvania, as we know (because we live here too!), the biggest issue with water wells is the integrity of the water wells themselves — and the lack of regulations and guidance that exist for helping landowners drill and dig those wells in the proper way. The paper never addresses how this could cause the quality and composition of underground sources of drinking water to change over time, as other wells come on line or increase the amount of water being pulled from the aquifer.

The paper also spends some time discussing the parameters that DEP tests for and shares with homeowners when they report a potential incident, rehashing long-debunked arguments from former Representative Jesse White. The Tribune-Review reported back in 2012 though, that independent experts had confirmed DEP’s testing followed “standard industry procedure”.

And prior to that, a DEP spokesperson explained why the agency only tests for certain constituents:

“If you’re looking at runoff from a mine site, that is different from looking at runoff from a landfill, and different from contamination due to hydraulic fracturing,” he said.  “These are a Marcellus shale specific list of parameters that are most indicative to that contamination.”  Using the same suite, the report would not include results for silver, aluminum, beryllium, cadmium, cobalt, chromium, copper, nickel, silicon, lithium, molybdenum, tin, titanium, vandium, zinc and boron.  Sunday also said that in order to deduce contamination brought on by Marcellus drilling, there are a plethora of other tests done.  “We have a full set of analysis that we run and gives us a very clear indication whether there was any contamination from drilling,” he said.  This analysis includes a pre-drilling baseline water test, testing for volatile organic compounds and hydrocarbons, an examination of the geology, the distance to any drilling operations, and whatever other site-specific factors there may be, he said.  Suite 943 and 946 also include additional testing parameters. (Beaver County Times, 11/2/12)

Fact #4: Penn Live discusses a “revolving door” of DEP employees going to work in the industry, but never mentions the parade of high-ranking DEP officials that worked for environmental groups. 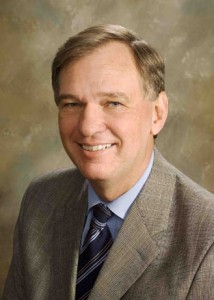 One of the paper’s most recent pieces highlights DEP officials who left their position to work in the industry, which makes perfect sense. Many of these officials are familiar with regulatory matters and can help ensure that operations are being conducted safely, and within the guidelines established by the agency.

What’s interesting about the latest article, Pennsylvania Shale Revolving Door, is that the paper leaves out mention of how many folks from the environmental community in Pennsylvania have essentially done the same thing. The only difference: the activists’ revolving door seems to spin the other way, with DEP officials working for environmental groups first, then making their way to the DEP to serve in senior positions. Here are just a few examples:

John Hanger was the founding president of Citizens for Pennsylvania’s Future (PennFuture) from 1998 to 2008. PennFuture is openly opposed to fossil fuel development – which includes shale development. From its website:

“PennFuture is determined to ensure that our past — and our lack of environmental oversight and laissez faire attitude towards the fossil fuel industry — not dictate our future. Working with citizens across the Commonwealth, we serve as a watchdog over the industry and the regulators, working to protect and promote our environment and our economy.” 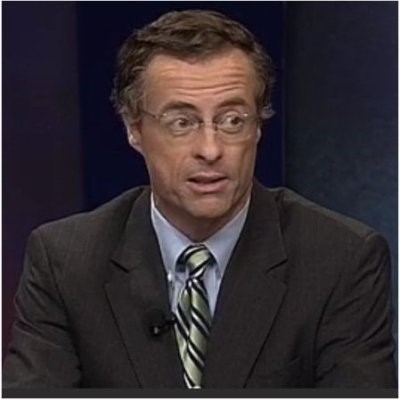 Following Hanger’s time with PennFuture, he served as the Secretary of DEP, a position he held between September 2008 and January 2011. These days, Hanger is currently the Secretary of Planning and Policy, serving on the executive staff of Governor Tom Wolf.

John Quigley currently serves as the Secretary of DEP, and has ping-ponged between Pennsylvania’s environmental regulatory agencies and PennFuture. Before he was in charge of regulating the industry, he lobbied for PennFuture and worked in multiple positions for the Department of Conservation and Natural Resources (DCNR), which regulates Pa.’s state parks and forests. He would eventually leave DCNR and go back to Penn Future, where he did things like draft a report against the Marc-1 pipeline for EarthJustice.

Finally, George Jugovic is referenced throughout the series, but only cited as being the former regional chief for the Department of Environmental Protection. Why wouldn’t the Patriot-News also mention that Jugovic currently serves as the president and CEO of one of Pennsylvania’s largest environmental groups, PennFuture?

Especially considering he was only able to take charge of the group after the previous CEO, Jan Jarrett, was fired for spending $138,000 of state taxpayers’ money on PennFuture’s annual dinner instead of energy conservation as it was budgeted for.

But they aren’t the only ones that Patriot-News also left out of their article on DEP’s “revolving door”:

Rob Altenburg, director of PennFuture’s Energy Center, spent 22 years at the DEP before transitioning to his role at the advocacy organization.

Julie Lalo, DEP’s new Deputy Secretary for Programs, spent the last six years at the World Wildlife Federation, the same organization that has made it clear that it is, “against the use of fracking to extract shale gas – or any other ‘unconventional’ fuels – from the ground.”

We’d like to give the Patriot-News the benefit of the doubt that they were in fact attempting to do investigative journalism and not using the platform to push biased agendas. Friday’s promised editorial should give a greater glimpse into this, but for now unfortunately it appears to be the latter.

What is known, though, is the media has a responsibility to report unbiased news and provide the best available information to the public. And that obviously has not occurred with this series.