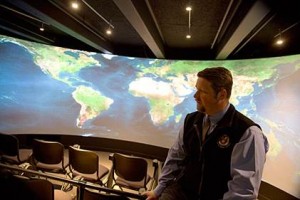 In a talk earlier this week, Professor John Shaw, chair of Harvard’s Earth and Planetary Sciences Department and a professor of environmental science and engineering, said America’s shale gas revolution has transformed the energy picture in the United States in the last decade and is poised to continue shaping new paradigms.

About the sheer impact of the shale gas revolution, he said:

“Nothing has had a more profound impact on the U.S. and global energy economy in the past decade than the emergence of shale gas resources.”

He discussed how the dramatic increase in natural gas production, thanks to the technologies of horizontal drilling and hydraulic fracturing, is making it possible for the United States to become a net exporter of natural gas:

“It has already essentially transformed the United States from a net gas importer to one that will be exporting natural gas.”

Professor Shaw said the increased natural gas production, which has made energy cheaper and more readily available, is benefiting the rest of the economy:

“It has provided a low-cost fuel that has spurred the development of industry.”

As for the energy mix, he expects natural gas to continue to increase its share until it becomes the country’s largest electricity-generating fuel by 2040:

“[I]n many respects, it has become the preferred way that we generate electricity.”

“Because it occurs thousands of feet below the water table, fracking itself probably does not release fluids into the water, Shaw said.” (emphasis added)

While Professor Shaw mentioned well integrity failures, it’s important to note that instances where every one of the four to seven layers of thick steel and cement crack and leak are exceedingly rare – around 0.03 percent in Ohio and only about 0.01 percent in Texas. States have also updated their regulations to further reduce that low risk, which Professor Shaw pointed out when he said “strategies exist to detect weak spots.”

Professor Shaw also addressed the issue of seismicity this way:

“Fracking is probably not a direct cause of associated earthquakes, Shaw said, noting that the pressure to fracture the rock is applied for only minutes and is followed by the gas flowing from the rock into the borehole, which actually lowers the pressure in the surrounding rock. Instead, Shaw said, it is the disposal, by injection into the earth, of the ample waste liquid the process generates that is largely responsible for generating quakes. Some firms are now looking at recycling wastewater as an alternative.” (emphasis added)

As EID has presented in a new report, earthquakes from wastewater disposal wells are also very rare. Using data from the Texas Railroad Commission, EID’s report shows that only 0.1 percent of injection wells throughout the Barnett Shale region have been identified as a possible cause of earthquakes.

Ultimately, Professor Shaw expressed optimism about the bright future of shale gas and what it means for the economy, the environment, and the way energy is developed:

“It’s fair to say we’re not at the end of this era, we’re at the very beginning.”

It’s the beginning of a new era, indeed.