For the past few years, we have watched the Community Environmental Legal Defense Fund (CELDF) and other “Keep It In the Ground” (KIITG) activists employ bait-and-switch tactics to try (unsuccessfully) to stop pipeline development and ban fracking. After epic failures across the state, fringe environmental activists have turned to launching fake landowner coalitions in a new attempt to mislead the public, with a prime example being the Tri-County Landowners Coalition.

But these so-called “landowner” coalitions are nothing more than front groups for a small group of well-coordinated activists who have no interest in leasing or protecting royalty owner interests — but instead want to stop all oil and gas development in its tracks. And their overall goal is even more far-reaching than the oil and gas industry, as they have publicly stated they want to “decide what industries come in here.”

“This constant drum beat by folks who do not want any fossil fuels developed under the guise of ‘local control’ is tiring, and for those of us who have a national perspective is anything but local. Most of the groups claiming to be ‘local grassroots’ organizations may have enlisted a few local residents to carry the banner, but don’t be fooled. The tell on who is behind them is the rhetoric they spew which is the exact same message developed by Food and Water Watch, Food and Water Action, Sierra Club, Green Peace, etc., who are anything but local. Don’t believe me? Just visit any of those organizations’ websites and see what they say about oil and gas, and you will find the exact same talking points these supposed local grassroots groups are using. They all point to lack of federal Safe Drinking Water Act authority over the oil and gas industry as some terrible miscarriage of justice. Look, this is NOT about local control. This is a private property issue.  This is about a few who want to control everyone else for their own selfish reasons.”

So who’s behind the fake Tri-County Landowners Coalition?

It’s been a while since we’ve heard from Baker and Frack Free Ohio, but he is no stranger to pushing anti-fracking activities in Ohio. Recall that Baker was behind a Community Bill of Rights effort in 2013 in Richland County, as well.  Five years later, Baker is now attempting to launch this fake coalition, backed by what appears to be about five people, including Elaine Tanner, program director for the nonprofit Friends For Environmental Justice (FFEJ). Tanner recently claimed she has been “a lifelong resident” of Ohio, yet as recently as September 2015, she was identified as part of the Kentuckians for the Commonwealth (KFTC), in that case fighting the coal industry, and was quoted as being a resident of Letcher County, Ky.

“Our lives in Appalachia are being shortened,” pointed out Elaine Tanner of Letcher County (Kentucky), noting the ‘unimaginable damage to our environment’ coal companies are leaving behind and the ‘legacy pollution we face in our future.’ She said that coal companies should be held accountable for this damage. (emphasis added).

A recently staged press conference was clearly coordinated by OccupyEarth USA, as the event was filmed and posted to their YouTube page immediately after its conclusion. OccupyEarthUSA, in conjunction with United Citizen Action Network (UCAN), also enlisted Baker’s help to raise money to launch the epic failure of the Ohio #NODAPL copycat camp last year to stop leasing of federal minerals in Ohio’s Wayne National Forest.  For the record, the website for UCAN Ohio no longer exists, nor do the bogus copycat camps.

So why the landowner angle these days?

Ohio anti-fracking activists are few and far between, as we have routinely highlighted. There is no “movement” to ban fracking, as Ohio communities have overwhelmingly rejected efforts to do so. 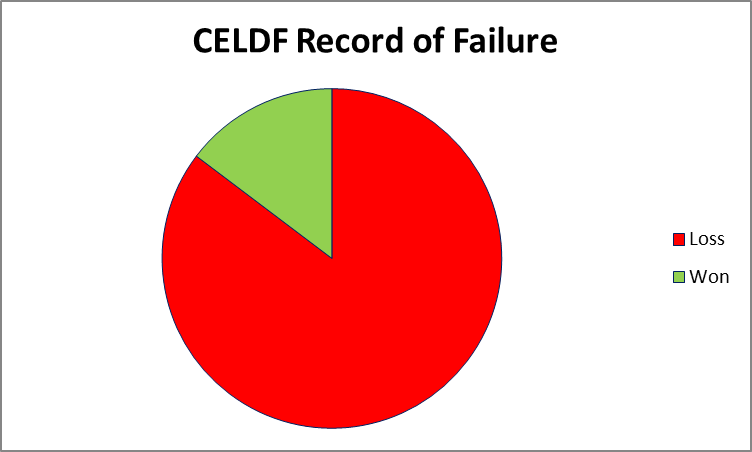 Recall that last year national anti-fracking groups spent weeks advertising the “three massive rallies against fracking” in Cleveland, Columbus and Marietta. But EID was on the ground in all three locations and can confirm the entire “Ohio-wide” effort garnered a total of just 47 protesters, despite being hosted by major national KIITG groups such as 350.org, Sierra Club, Earthworks, Food & Water Watch, Friends for Environmental Justice, Foundation for Economic Democracy and Appalachia Resist!.

Such is the case today, as this fake “landowner” coalition gives the appearance of a groundswell of anti-fracking sentiment, however, in reality they are merely a well-coordinated handful of anti-fracking activists who are simply receiving headlines without any legitimate support for their cause.

Further, the arguments that fracking is harming the environment fall flat, considering that three Ohio-based studies have found no environmental impacts from hydraulic fracturing. For example, the University of Cincinnati found “no evidence for natural gas contamination from shale oil and gas mining in any of the sampled groundwater wells,” and in fact, Ohio is leading the nation in carbon emission reductions. The Environmental Defense Fund (EDF) even hailed Ohio as the “nation’s carbon-reducing powerhouse,” a distinction that can be credited to the Buckeye State’s dramatic increase in natural gas-fired electricity generation since 2005. Crain’s Cleveland Business summed it up best when they reported,

Shale development—made possible from fracking—has led to over $63 billion spent in Ohio. The natural gas and oil industry has supported, and continues to support, hundreds of thousands of jobs, and billions in wages in the Buckeye State. According to the Ohio Department of Jobs and Family Services, core shale-related employment increased 171 percent from 2011 to 2017. That’s enormous when you consider all other Ohio industries only gained an 8 percent employment increase over the same period of time. What’s more is that shale jobs pay twice as much as any other industry in Ohio.

Event after poorly-attended Ohio anti-fracking event shows that KIITG organizers simply cannot bring out supporters to their cause in the Buckeye State, so it shouldn’t be surprising that they are now trying to use fake landowner groups to push their misinformation campaigns.

But as NARO correctly points out, these fake groups have no real intention to help landowners navigate leasing questions. They want to ban all oil and gas development, period. Here’s a tip for the landowners in the Buckeye State: buyers beware!