India’s natural gas demand will more than double by 2030 as the fuel source replaces higher emitting resources, particularly in the industrial sector, according to the latest long-term special report by the International Energy Agency. The continued growth in natural gas, which IEA projects even in policy scenarios where renewables dominate the energy mix, will require increases in LNG import infrastructure to meet that demand. 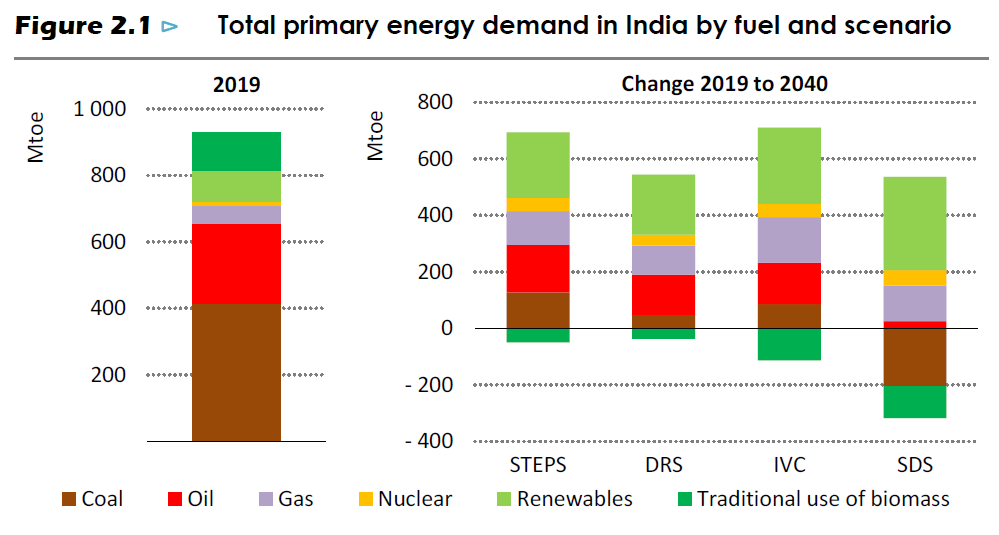 India, the world’s fifth largest economy with four times the population of the United States, has doubled its energy demand since 2000. The world’s third largest energy consuming country relies heavily on coal, fuel oil and biomass to meet its energy needs.

Natural gas accounts for 6 percent of the total energy consumption today – far below the global average of 20 percent, ranking it as one of the lowest consumers of natural gas in the world. IEA predicts that share will jump to 15 percent by 2030.

That energy mix makes India the world’s  third-largest emitter of CO2. Despite India investing heavily in natural gas and renewables, IEA projects an expected 50 percent increase in CO2 emissions by 2040, which would be enough to outweigh Europe’s projected emissions decline during that time. 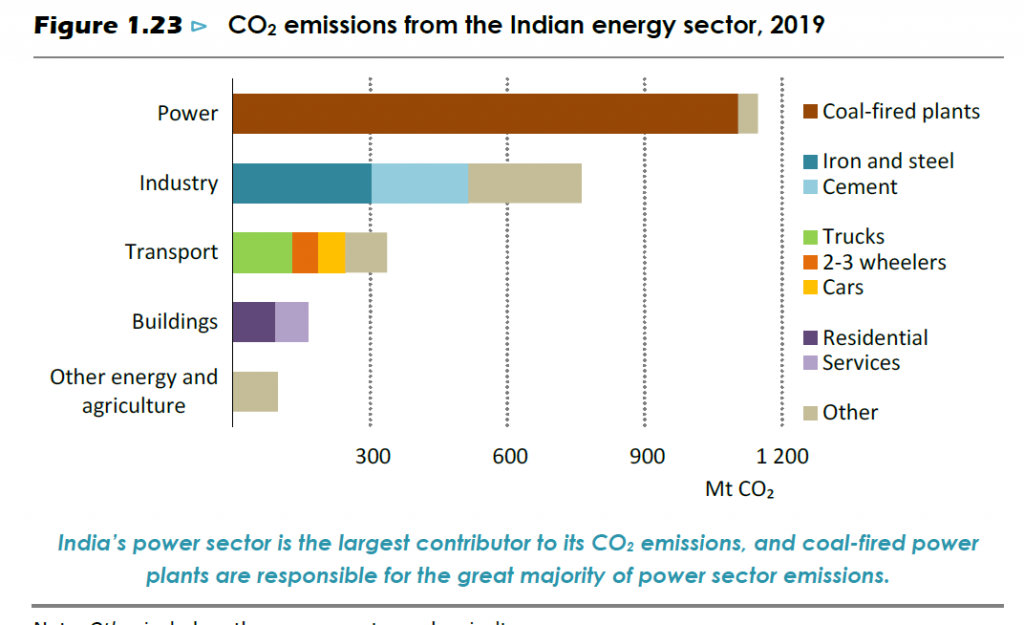 While the shift to natural gas in most countries has focused on the power sector, in India, the fuel holds the greatest emission reduction potential in the industrial sector.

Industry relies heavily on coal in India, and the sector’s emissions are expected to nearly double by 2040, reaching over 1 gigaton of CO2. However, the IEA forecasts natural gas will help reduce a third of the industrial sector emissions by 2040, considerably more than renewables.

Additionally, natural gas will have challenges competing with both coal and renewables in the power sector due to the lack of infrastructure, declining domestic production and a focus on renewables policy.

Increasing India’s gas share will help the country meet its Paris Agreement emissions targets, particularly in the industry sector, while diversifying its energy matrix and improving air quality by enabling a shift away from higher emitting traditional fuels.

According to IEA, India has an aggressive plan to expand its natural gas use, which will reach 15 percent of total energy use by 2030. That comes with a set of challenges:

“It would require significant investment and policy support all the way along the value chain to incentivize new upstream activity and gas import capacity, to underpin the construction of new transmission and distribution pipelines, and to install new end‐user equipment.”

Yet, the low-carbon source “is the fastest-growing fossil fuel” in the IEA’s baseline scenario. If infrastructure projects are rolled out accordingly, natural gas will not only benefit the industrial sector – desperately looking to reduce its emissions – but also the residential and power sector. 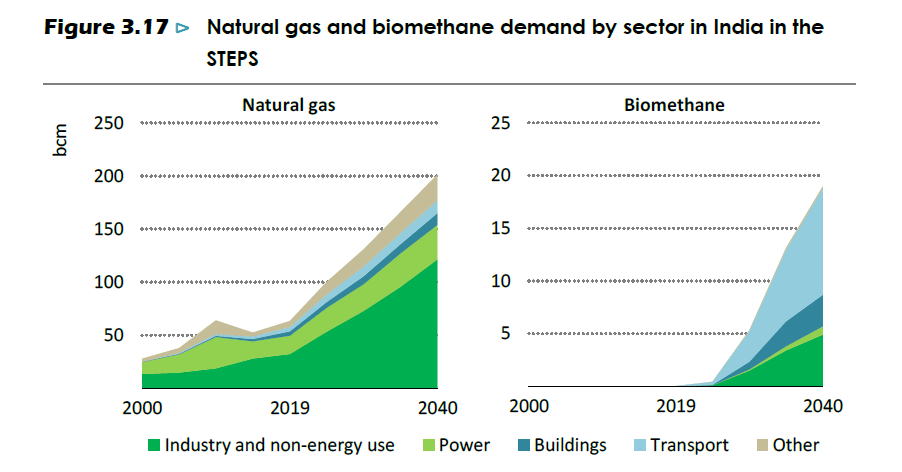 U.S. LNG Is A Key Solution For India’s Energy Future

The country operates six LNG regasification terminals – five of which are located on the western coast and readily connected to Northern India’s robust pipeline infrastructure. In addition, four new LNG terminals are expected to come online by 2023, increasing the country’s LNG import capacity by one-third, or 2.7 billion cubic feet per day in the short term. Future LNG projects will depend on the construction of new pipelines on the southern and eastern coasts that can facilitate gas transportation to the interior. 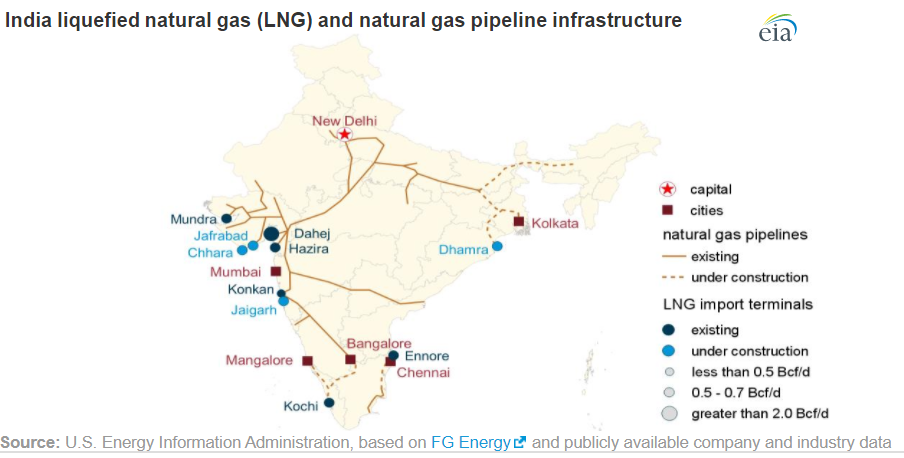 As for suppliers, India sources the majority of its LNG imports from Qatar. However, the country is quickly diversifying its LNG sources, bringing natural gas shipments from other regions, including Nigeria, Angola, United Arab Emirates, United States, and Australia. 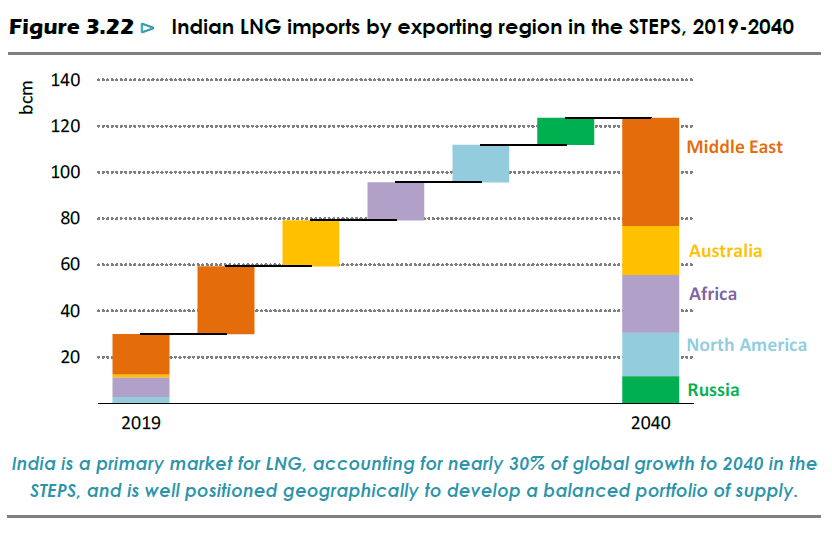