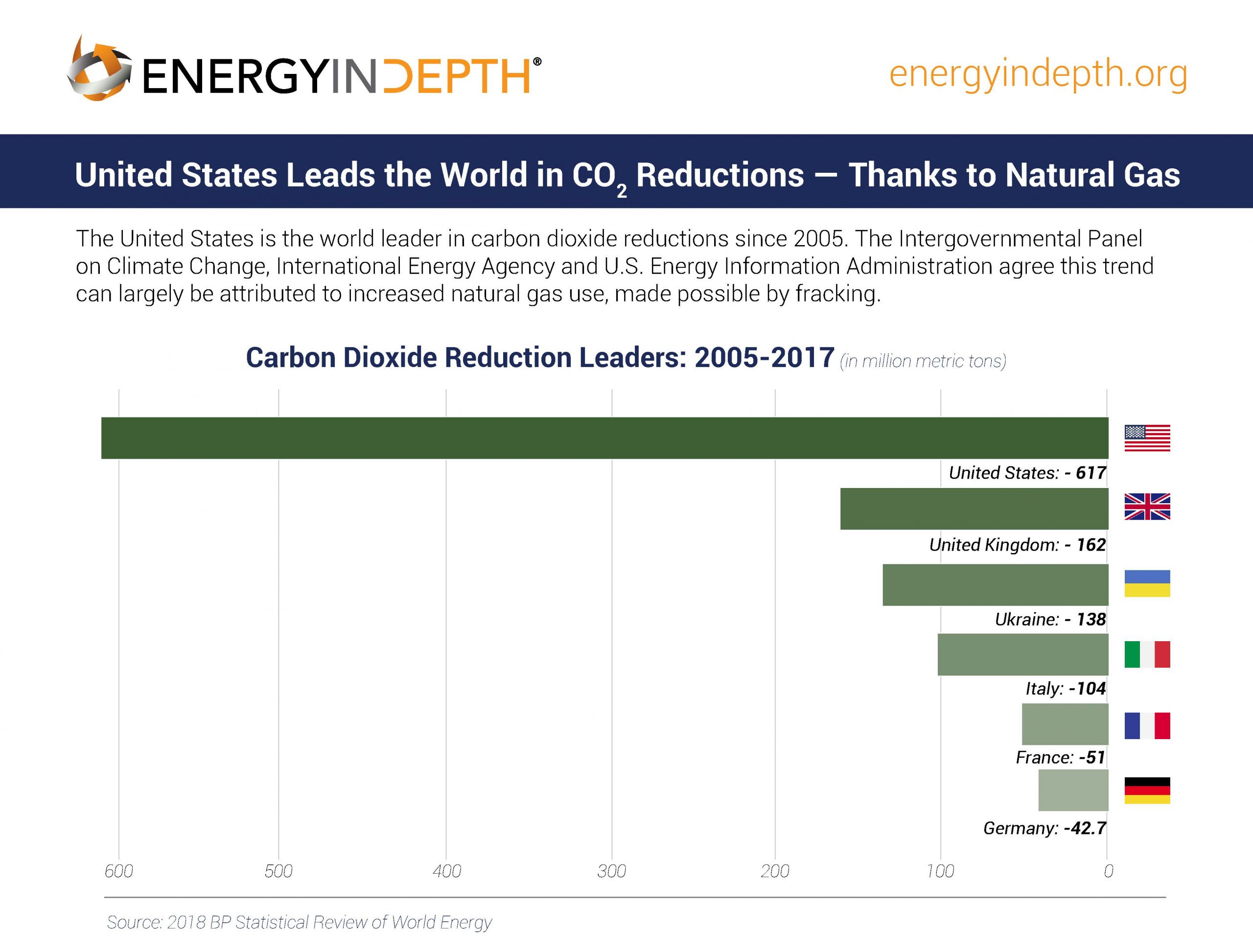 The switch to natural gas for electricity generation prevented 95 million tons of CO2 emissions in 2018, according to a new International Energy Agency (IEA) report. The report found that global energy emissions increased 1.7 percent in 2018 – largely attributable to increased global energy demand. And as IEA explained, without the switch to natural gas, “the increase in emissions would have been more than 15 percent greater.”

A one-year U.S. emissions spike does not reverse decades of progress.

“Despite this increase, emissions in the United States remain around their 1990 levels, 14 percent and 800 Mt of CO2 below their peak in 2000. This is the largest absolute decline among all countries since 2000.”(emphasis added)