IEA: ‘The Second Wave of the U.S. Shale Revolution is Coming’

A growing U.S. shale industry will trigger a rapid transformation of the world oil market and dominate global supply growth for the next five years, the International Energy Agency said in its newly released annual oil forecast.

IEA predicts that by 2024, U.S. oil output will climb to 19.6 million barrels per day (bbl/d) from 15.5 million in 2018, thanks in part to the prolific Permian Basin. Permian output is up 1 million bbl/d from last year and is expected to climb an additional 1 million bbl/d by 2020, according to Citigroup energy analyst Eric Lee.

The IEA report also forecasts that U.S. oil exports will reach 8.93 million bbl/d in the next five years, nearly doubling current levels. This extraordinary trajectory will catapult the United States past Russia and draw us close to Saudi Arabian export levels.

While growth in oil demand is expected to ease, the agency sees no peak in demand in sight. 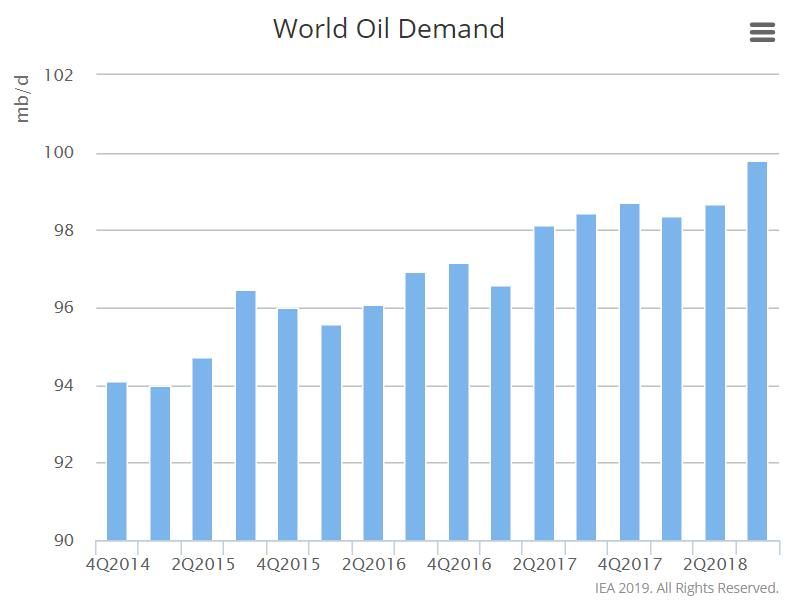 “The second wave of the U.S. shale revolution is coming. It will see the United States account for 70% of the rise in global oil production and some 75% of the expansion in LNG trade over the next five years.  This will shake up international oil and gas trade flows, with profound implications for the geopolitics of energy.”

In 2000 only five countries were capable of importing LNG. Today, the United States exports LNG to 31 countries on five continents. At a recent press conference with Birol, U.S. Energy Secretary Rick Perry asserted:

As the U.S. shatters production and export records, it continues to drastically reduce emissions and strengthen our energy security. Perry this week summed up the benefits:

“We are as secure in this county as we’ve ever been… With this shale boom — with this revolution that’s occurred in this country, and I might add with the development and the growth we’re seeing in our renewables and the nuclear side of things — all this says to the United States is you don’t have to worry about being held hostage by any country in the world with any type of fuel. You can do it yourself right here.”