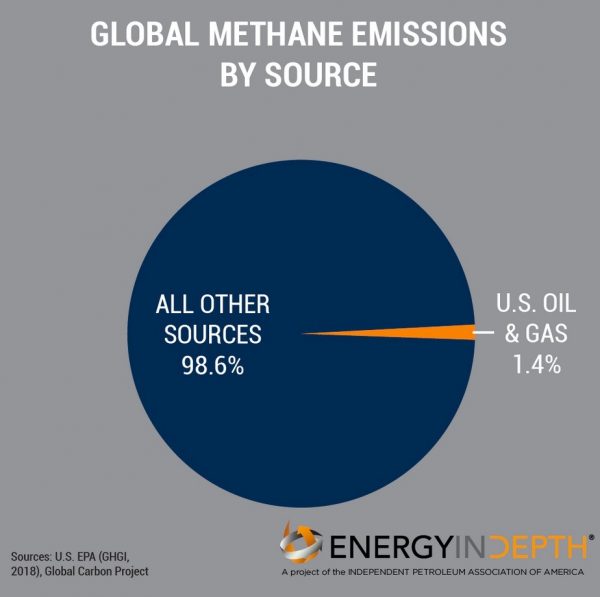 The most recent EPA data show the U.S. oil and natural gas industry has reduced methane emissions 14 percent since 1990 — a remarkable achievement considering natural gas and oil production increased 50 and 21 percent, respectively, during that time.

But even more notable is the fact that these reductions have largely come as a result of voluntarily measures, with new data announced Monday by ExxonMobil subsidiary XTO Energy being the latest example that such measures are not only effective, but improving.

XTO announced during the first day of the World Gas Conference in Washington D.C. that it has reduced methane emissions from its operations nine percent since 2016. Close to four percent of those reductions can be traced directly to a voluntary methane management program implemented in 2017 that XTO noted Monday has spearheaded reductions by beginning to phase out two-thirds of high-bleed pneumatic devices and implementing various facility design improvements.