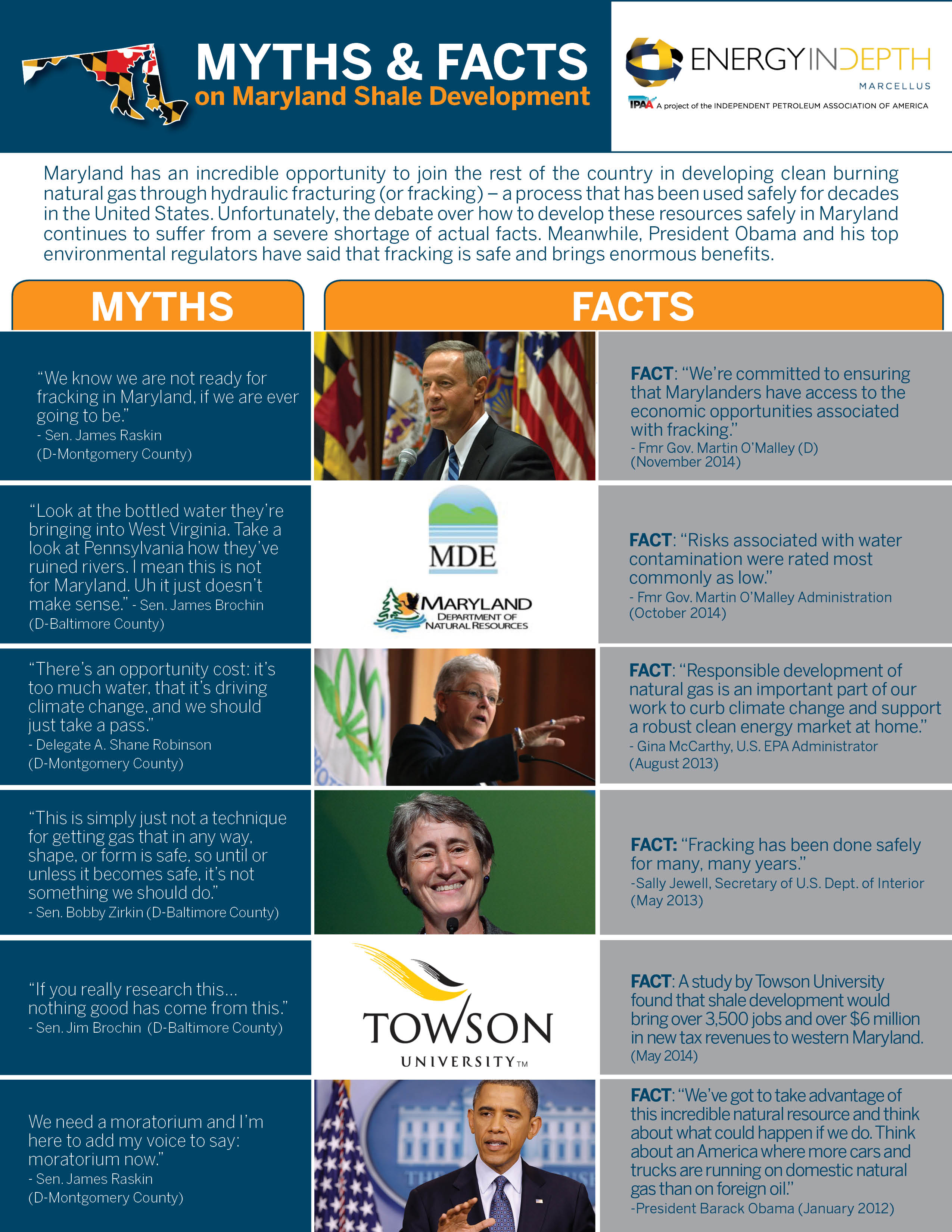 Maryland is missing out on a tremendous opportunity to develop its natural gas resources, largely due to a misinformation campaign on fracking that has been taking place throughout the state.

As EID’s new infographic shows, the Maryland legislators leading the charge are at odds not only with President Obama and other prominent Democrats like former Maryland Governor Martin O’Malley, but also with studies conducted by Towson University and the Maryland Department of Natural Resources.  Maryland regulators, under Governor O’Malley’s administration have said “the risks of Marcellus Shale development can be managed” with the state’s strong regulations.  According to Towson University, fracking could bring in thousands of jobs and generate over $6 million in new tax revenues.

While legislators from Baltimore and Montgomery Counties are calling for a moratorium on development that would take place across the state in Western Maryland, President Obama has said, “We need to take advantage of this incredible natural resource.”