The direct benefits of increased domestic energy production are plentiful: enhanced energy security, reduced greenhouse gas emissions, lower energy costs, increased revenue for local governments and a revitalized manufacturing sector. These positive stories are all made possible by the men and women who work in the oil and natural gas industry. 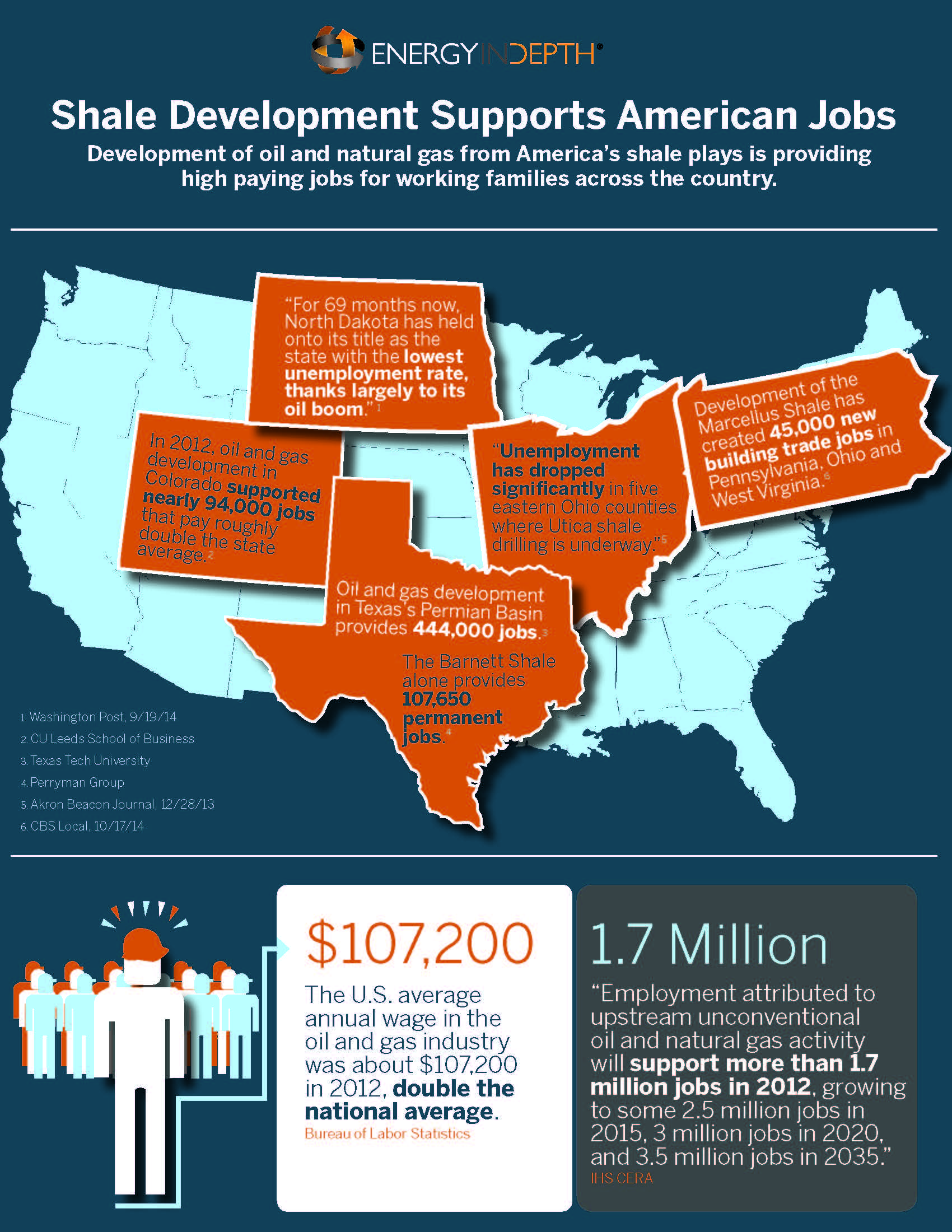 Incredible job-creation from shale development has been a consistent bright spot in the U.S. economy. According to a recent IHS CERA study, the employment figures surrounding shale development are substantial and growing:

These jobs continue to multiply across the nation. As the Leeds School of Business in Colorado reports, the oil and gas industry currently supports 94,000 jobs in Colorado. In Texas, development in the Permian Basin alone supports 444,000 jobs. Meanwhile in North Dakota, production in the Bakken Shale has led to a 2.8 percent unemployment rate in the state. These jobs are also providing competitive salaries for America’s workforce, paying nearly double the average U.S. annual wage.