Innovations Keep Industry Two Steps Ahead of the Studies

The school of public health at West Virginia University recently released a study on air quality in the state, which examines the effects of shale gas development on the air quality of West Virginia.  The study was conducted at seven well sites to collect data on dust, hydrocarbon compounds and on noise, radiation and light levels.

The study looked at each of the well sites during the five stages of development – pad site development, vertical drilling, horizontal drilling, hydraulic fracturing, and completion.  It’s important to understand that each of these stages is different and requires varying types and amounts of equipment to complete.

Perhaps the most significant finding of the study is that benzene levels at most of the sites studies – always a topic of discussion, especially among opponents who have tried (and failed) to link drilling to cancer – were similar to what’s found in cities. In other words, the exposure near a well pad would be similar to what people experience while walking to work.

Nonetheless, according to the study’s author, Michael McCawley, the biggest concern seemed to be elevated benzene levels at a few of the sites.  The largest finding of benzene in the air was located at the Maury Pad in Western Wetzel County.

During the sampling at the Maury pad, the process of hydraulic fracturing and flowback were ongoing.  Anyone familiar with shale gas development knows that hydraulic fracturing requires many trucks to be on site, and because these trucks typically run on diesel fuel, this finding is not necessarily surprising: benzene is a by-product of burning diesel.

Granted, this truck traffic is only temporary (since hydraulic fracturing is only one, temporary stage in the development process), meaning the benzene levels recorded are also temporary, and thus not considered long term exposure.

According to the AP, another site to see elevated levels of benzene was the Mills Wetzel pad, located in Southern Wetzel County. This site did read high in benzene levels, but let’s see where the benzene originated from.

“As there was no available electric service at this site, the laboratory was operated using a diesel fuel‐powered generator provided by Stone Energy. The generator was approximately 21m from the laboratory in the approximate direction of the well pad and therefore its emissions may have mixed with emissions coming from the well pad as measured by the monitoring equipment. Also, earth‐moving equipment was in use for pipeline construction less than 100m from the laboratory” – Michael McCawley, PhD

It’s clear that the elevated benzene levels are caused by the use of diesel fuels – not “fracking.”  (Other studies, by the way, have demonstrated that benzene emissions from shale gas development are below public health thresholds.)

But even that raises a question: what’s the industry doing to mitigate the use of diesel fuel?

One way is through the increased use of pipelines to bring water into a well site. With this method, water is pumped from a central location, usually a holding facility, to various well sites in the area. This can tremendously decrease the amount of traffic on roads. We’re talking a reduction of tens of thousands if not hundreds of thousands of trucks.

Operators are also making the shift from diesel powered vehicles and development rigs to Liquefied Natural Gas (LNG) and Compressed Natural Gas (CNG).  One such operator is Cabot Oil & Gas. 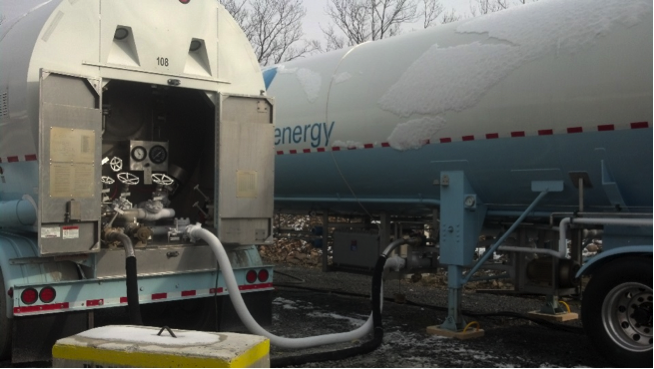 “Cabot had been looking for opportunities to utilize more equity gas in its Marcellus operations, said Stark, and first constructed a compressed natural gas station – completed late last year – and they now have 60 vehicles running on CNG. Next they retrofitted a drilling rig to run on CNG, and now the company has demonstrated their ability to run completion equipment on field gas…” – BreakingEnergy.com

In response to the report, the West Virginia Department of Environmental Protection (DEP) concluded:

“Based on a review of completed air studies to date, including the results from the well pad development monitoring conducted in West Virginia’s Brooke, Marion, and Wetzel Counties, no additional legislative rules establishing special requirements need to be promulgated at this time. As evident by the many air studies underway, these initiatives will result in more complete information over time.”

This latest air quality study makes two points: (1) increased benzene levels in the air around shale gas development sites is temporary, and (2) the increase in benzene levels is not caused by the process of hydraulic fracturing. Instead, it’s through the use of diesel fuel.  It’s also clear the industry is already aware of this and working to improve processes to mitigate these issues, without disrupting the development of this clean, reliable, and affordable fuel source we need to meet growing energy demand.