Is Governor Cuomo Afraid to Learn?

It was just beautiful in the Southern Tier the other day.  The sun was shining and the temperature was perfect for enjoying the outdoors.  Governor Cuomo seemed to agree as he decided, along with other elected officials, to tour New York’s wine county.

The Finger Lakes wine region in New York does particularly well.  Keep in mind it represents a relatively small part of the state and for good reason; there are only a few places in New York with that kind of hospitable climate for wine making.  According to Governor Cuomo in the YNN story covering his tour, “These lakes were so incredibly deep that they actually moderated the climate in the immediate area because they actually held heat and kept the winters moderate.” He added that the lakes are a big reason why the region is so attractive, and why it has done so well economically.

Supporters of natural gas are probably shaking their heads at this restatement of the obvious.  Sure, the wine industry has done well, but what about other areas with other natural resources and advantages, such as the Southern Tier? More to the point, why is Governor Cuomo touring a section of our state that has been able to capitalize on its resources and is, as a result, successful?  Why isn’t he touring areas of the state in need of economic revival that we know, from the Pennsylvania experience, would benefit greatly from the ability to develop theirs?  Is he afraid to learn? 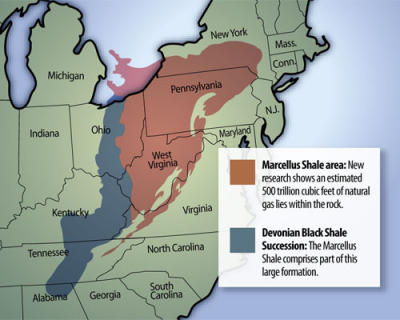 Perhaps so, because, in this article, Cuomo patronizingly suggests it is misleading to think natural gas development will be a saving grace to the state. Yet, the facts clearly belie this observation.  Check them out yourself.

Based on a sober review of the facts, on which Governor Cuomo claims he will base his decision regarding shale development, it’s clear what natural gas could do for the regional economy – and we know it can be done safely and responsible.  The New York DEC and the Department of Health have both said it already.  The experience in nearby Pennsylvania proves it. Only the Governor doesn’t seem to know, and he appears to have no desire to know.

Natural gas would provide jobs, tax revenue to municipalities, and would boost our local economy, but the Governor seems eager to dismiss the facts and science under the false pretense that they aren’t known.

Clearly, Broome, Delaware and Chenango Counties, to name just three, cannot produce the kinds of grapes and wine the Finger Lakes region yields.  They must work from what they do have, and they deserve the support of the Governor in doing so.  Why haven’t we seen it?

First of all, it’s easier to pander to the fear-mongers speculating about problems that do not exist with natural gas development and hydraulic fracturing than it is to marshal the real facts and deliver them to the special interests in urban areas with far more voters.

And secondly, it is easier to brag about successes than proactively solve problems – although in this instance, it would require very little action from him to solve a problem; just allow an activity to occur.

If Cuomo truly cared about the health risks from various sorts of economic development he might be focusing on the real health risks of alcohol, which are very tangible, after all.  The Finger Lakes wine industry is a crown jewel for New York State – no doubt about that. But it also entails risks and real impacts.  Has Cuomo considered the number of injuries to others due to wine trail visitors driving under the influence?  Has he looked at that science?  How about the damage done to one’s own body from binge drinking?  What about the insurance claims from vehicles and medical bills due to drinking and driving or drinking in excess?

Perhaps the Governor should look at these numbers, which indicate that “drinking too much…cost[s] the United States $223.5 billion in 2006 or $1.90 a drink, in productivity, health care, crime, and other expenses.”

No one is interested in trashing the wine industry, although it sometimes seems those in the wine industry (or, in the Governor’s case, those who can afford to indulge in such luxuries) are all too eager to trash the natural gas industry.  Nonetheless, even with these risks, we recognize that the benefits exceed them (i.e. jobs, economic growth), and the risks themselves can be adequately managed. Sound familiar?

It’s time for Governor Cuomo to tour Marcellus Shale country to see the real devastation the Southern Tier is experiencing. He needs to understand the viable options that are available today to boost the economy here.  He should look just across the border, as the residents here do, and see the economic prosperity in northeastern Pennsylvania.

To be clear, it’s great that Governor Cuomo supports the wine industry as a source of economic growth in the state he governs. But those of us living in reality are scratching our heads every day trying to figure out why he wouldn’t support natural gas.  Maybe he just doesn’t want to learn.